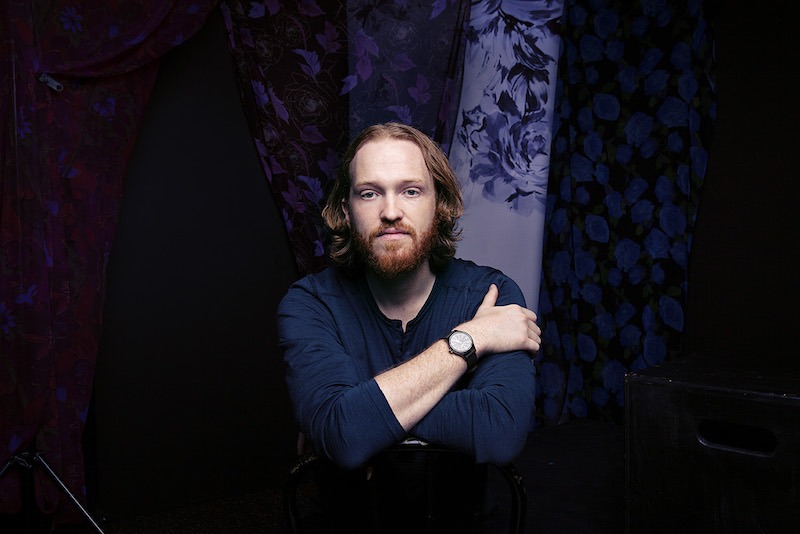 I grew up on the East Coast, went to New York University, and have been in NYC for 12 years. After NYU, I went on to be a photographer’s assistant for 5 years. I worked with some of my idols such as Annie Leibovitz and Martin Schoeller, as well as dozens of other amazing photographers from whom I learned everything I now know about the craft.

I staunchly belong in the portraiture category of photography. It’s the only thing that really interests me.

Without a doubt, the most influential photograph I have seen is Richard Avedon’s 2004 New Yorker portrait of actress Charlize Theron standing next to the director Patty Jenkins. It is a nude of Charlize and Patty is standing there analyzing her actress. I was so intrigued by this image that I wrote a paper on it back in college. I was struck by the craft, composition, and meaning behind the image. I was intensely curious as to why and how it happened. And, now knowing how difficult celebrity portraiture can be, the image has grown on me. The level of skill to even get the image produced must have been astounding. It’s a wonderful portrait that says so much about photography, a photographer’s job, celebrity, direction, and art. I encourage all to check it out!

I discovered my passion while thumbing through photography books at the library in High School. Nigel Parry was the first to hit me. I was so curious. I wanted to know how to do what he did. Then I went to the greats; Avedon, Penn, Leibovitz, Ritts, Frank. I just became enthralled and started taking pictures. I built my own darkroom and it grew from there.

I’ve been a terrible bartender and waiter at times. But, it has always been a means to an end. I kept getting fired because I would bail on shifts to do photoshoots.

What is your most important gadget? Is there something you can’t live without in your studio?

We can’t live without our Bose portable speaker. Music is essential to the mood of the shoot and that little speaker is amazing at filling a room with sound to keep me, my crew and the subject in the right headspace.

I started taking pictures because I was in love with what other photographers had done. I take pictures now because I love people. I love meeting the people I get to photograph. I love getting a sense of what they are all about and having the opportunity to represent that through a portrait.

The first camera I purchased was a Hasselblad 500C with an 80mm lens. I still own it and use it regularly.

We are image creators. Portrait artists sculpt a person’s image and how society views it. We have a key role in defining celebrity and personality. It is fun to be an active participant in the transference of someone’s image; to put my own stamp on it.