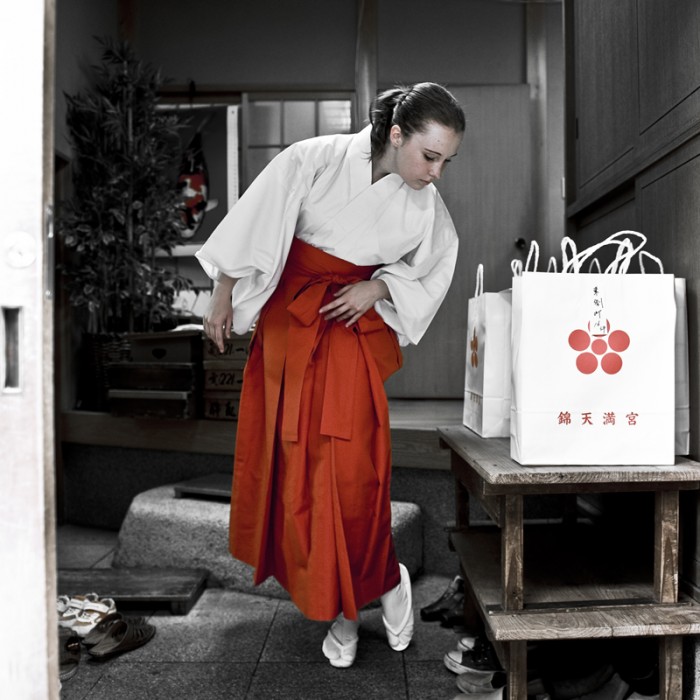 This woman is German and temporarily worked at a shrine. Japan has its own sense of beauty, expressed through its posture and gestures. Beauty in Japan is not dependent on race. She shows it. 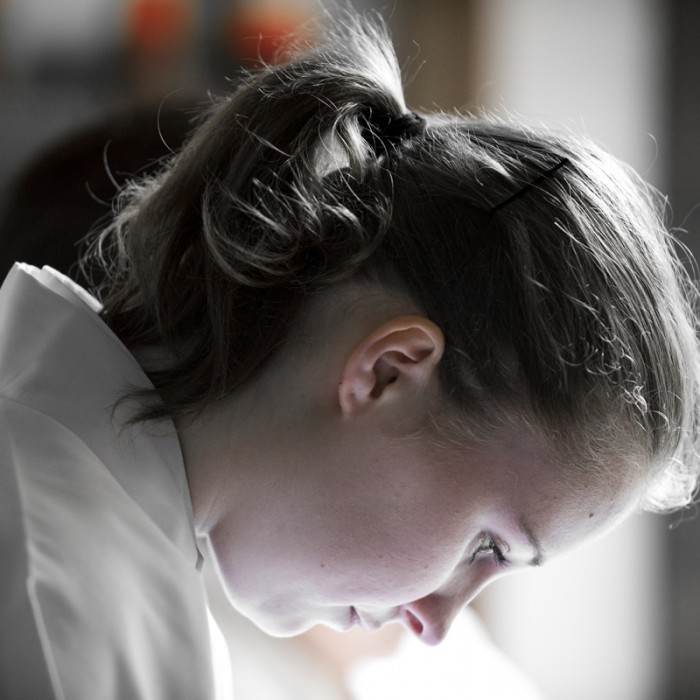 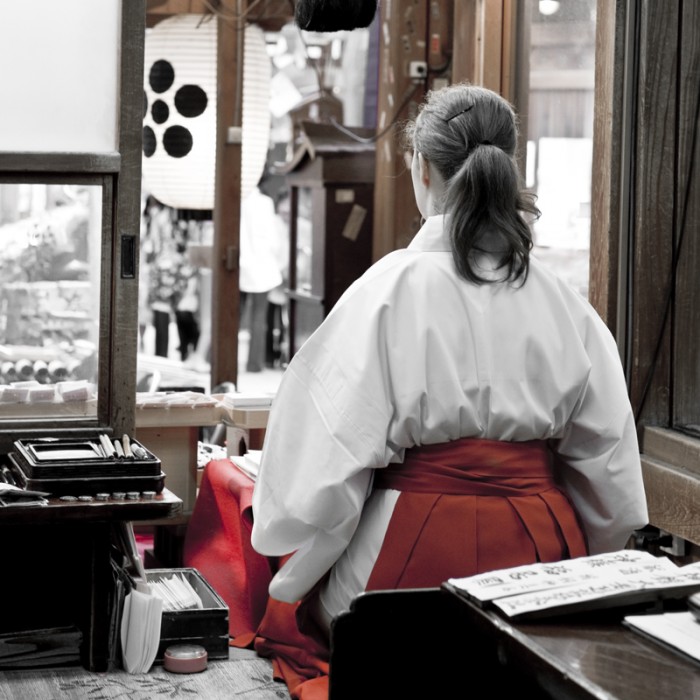 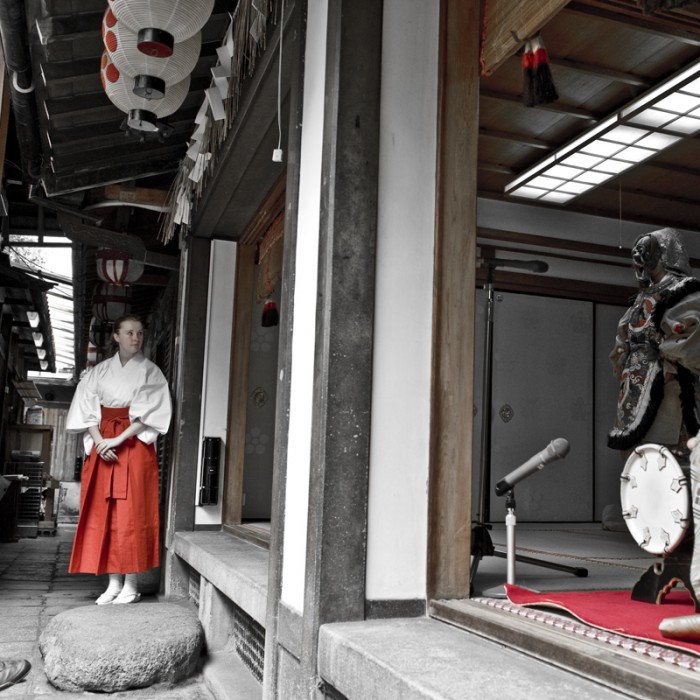 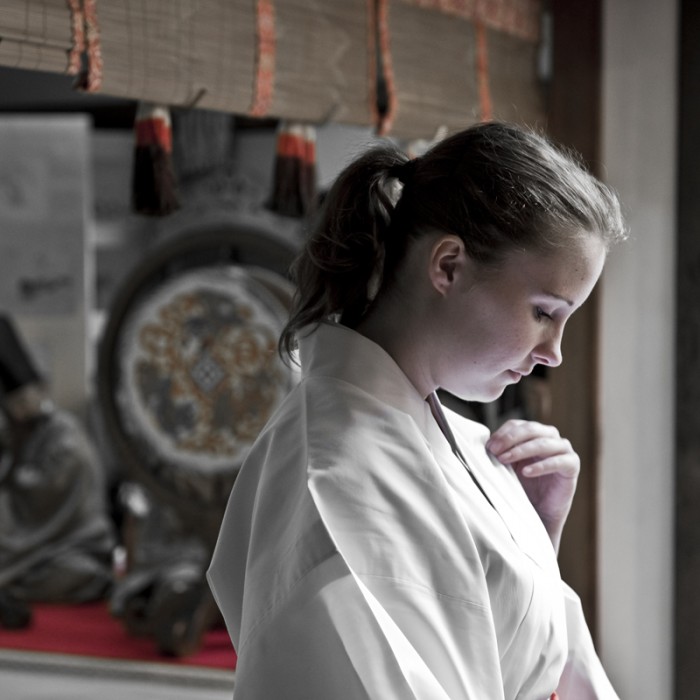 A woman encountered a Japanese shrine in Kyoto. She was a foreign student and studied Japanese religion. One day in 2007, walking in the city, She felt wonder atmosphere from the shrine and got absorbed in it. Its flamen welcomed her and temporarily hired her as a maiden in some festivals. She realized Japanese sense many of japanese women have lost. These pictures were taken in the spring festival in 2008. I noticed that her posture rather than the ritual expressed Japanese beauty. It stands for her achievement.