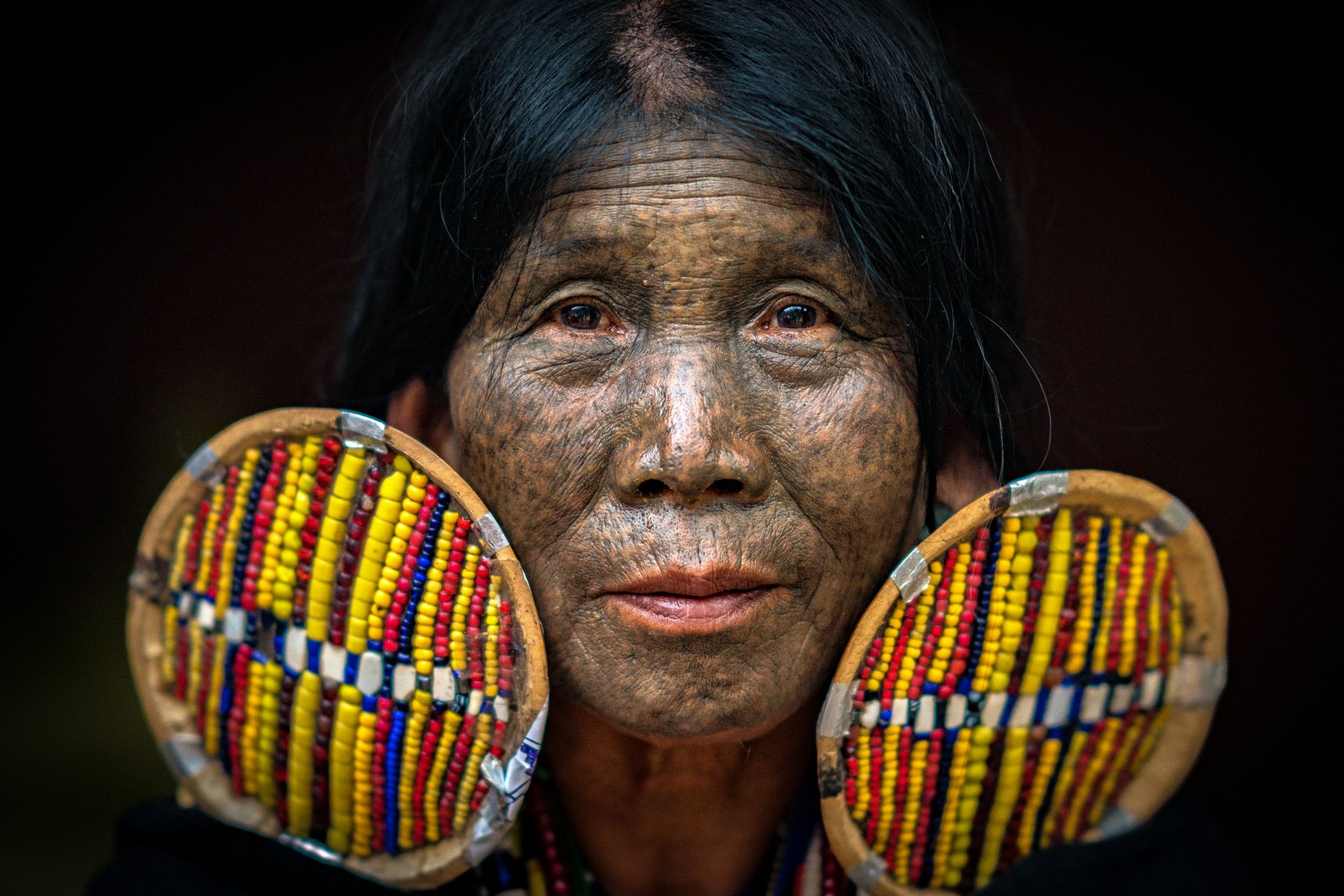 The last of the remaining tribe women with these magnificent tattoos drawn on their face. The tribes first began to ink their faces as a way of disfiguring their beauty, to make themselves unattractive in hopes that by doing so, they could avoid being kidnapped or chosen as concubines by the Burmese kings. The process of the facial tattooing is extremely painful especially on the tender eyelid areas and dangerous as some even died of infection. The pactice has been outlawed since 1960s