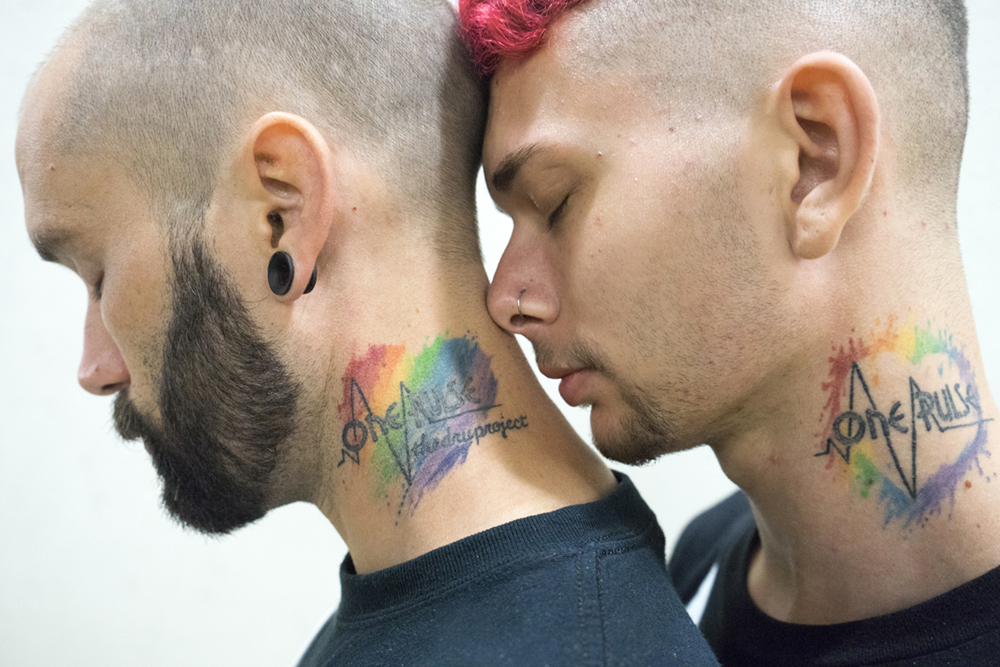 These 5 images were taken during the one year anniversary of the Pulse Nightclub shooting in Orlando Florida, June 2017 - hand held and without a flash. There were over 700 registered media at the events. I attended with my sister, Melissa Barthelemy, who is a public historian and was offering support and gathering oral interviews. I have helped her document photographically the efforts moving forward from the Isla Vista tragedy and shooting that killed 6 UCSB students and wounded 14. Her work there with victims families and with the LGBTC+ communities and with gun violence prevention made it a good fit for her to visit Orlando. I enjoyed the challenge of visually sharing some of the power and positivity that can come from larger efforts aimed at community healing. 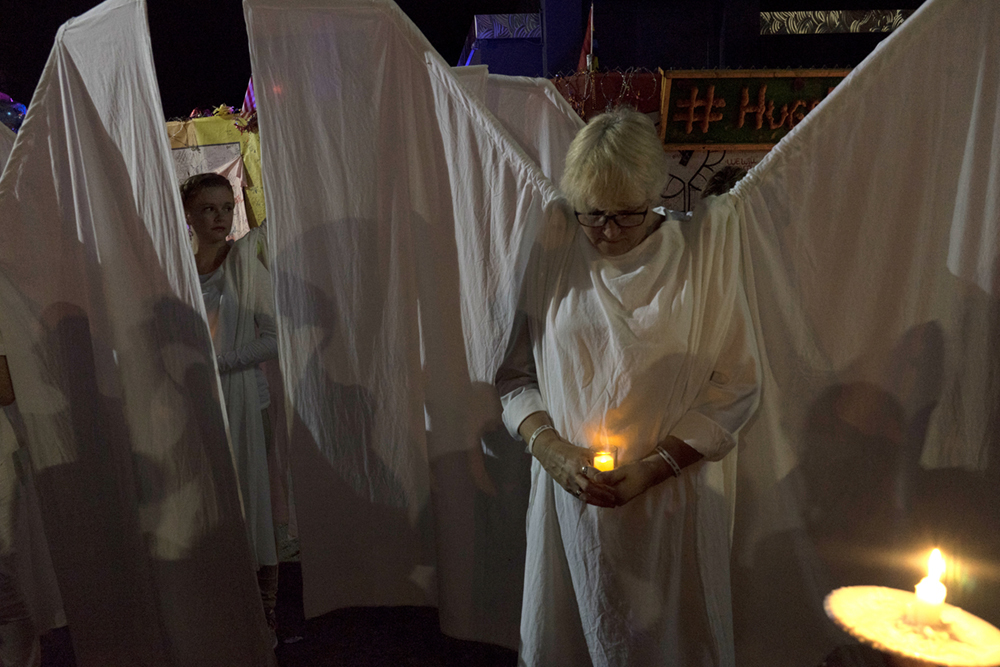 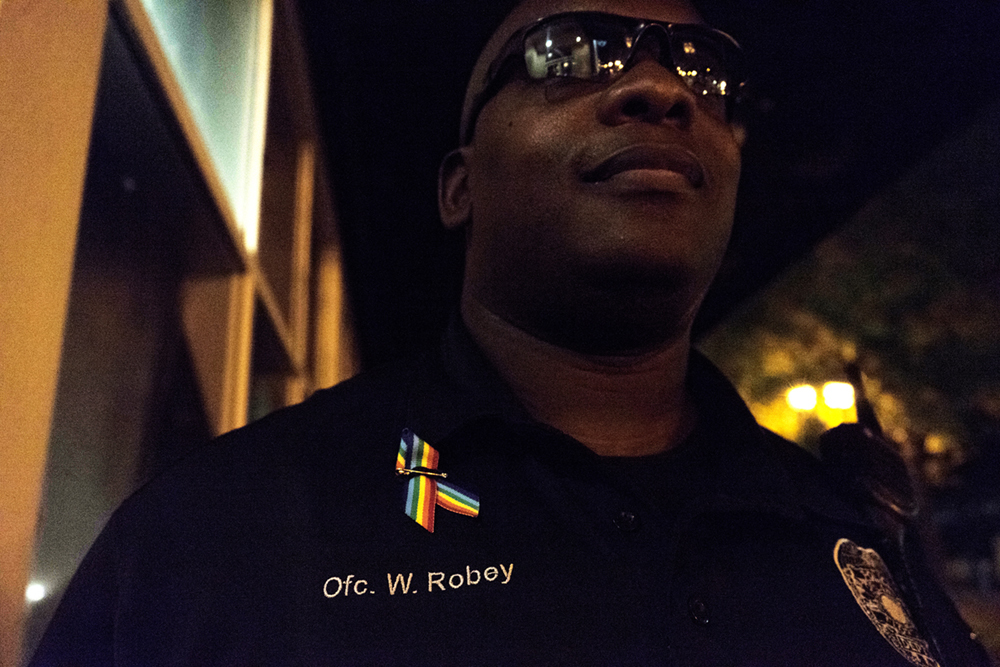 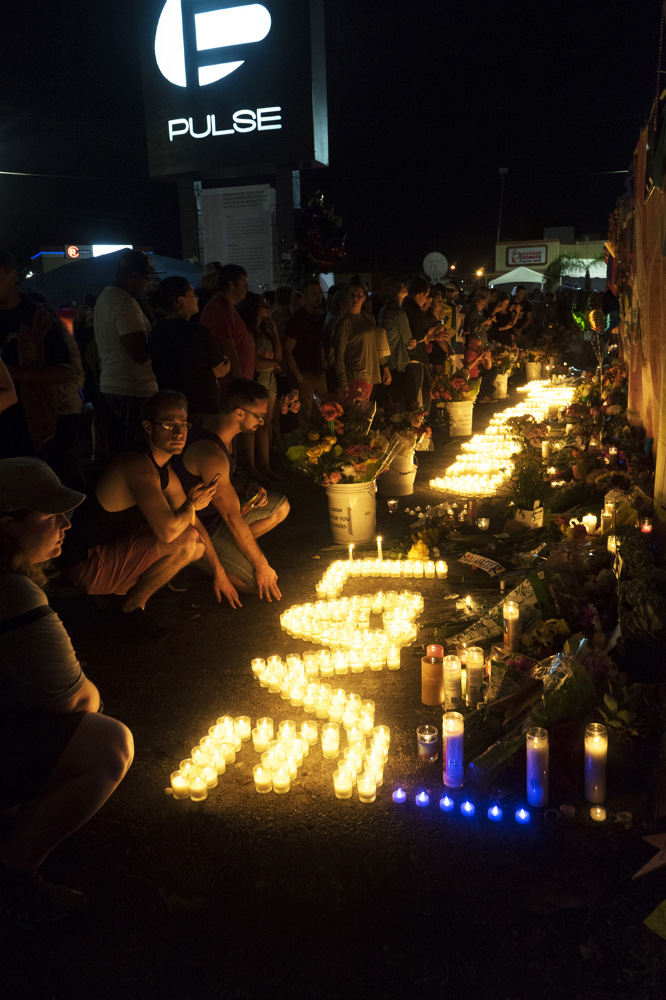 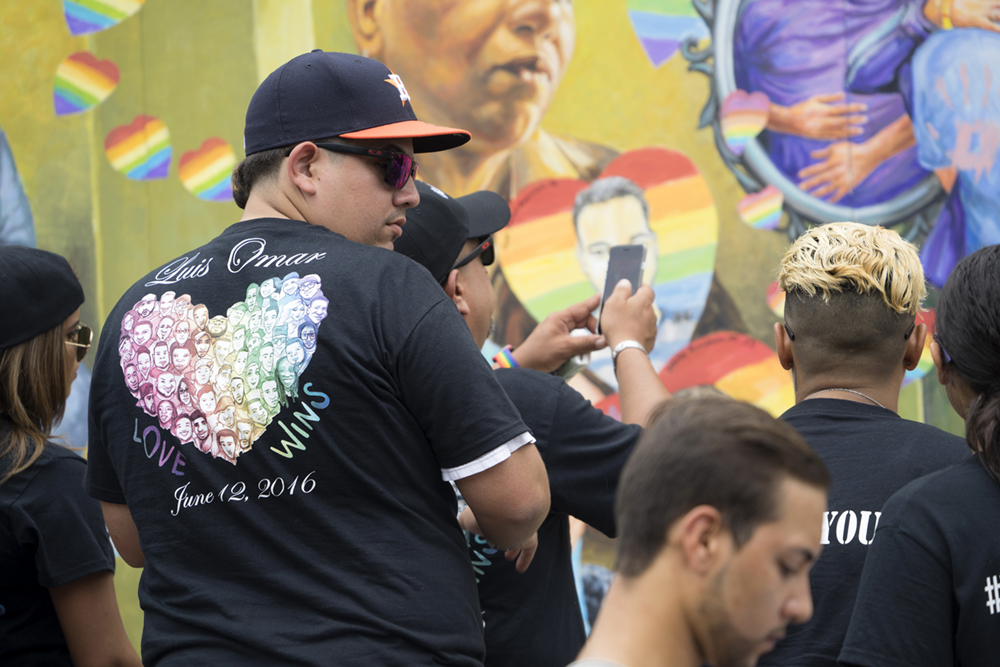 On June 12 of 2017 I visited Florida for the one-year memorial anniversary of the Pulse Nightclub shooting. Pulse was a gay nightclub where 49 were killed by a gunman and 68 injured. The FBI labeled the massacre as an act of domestic terrorism aimed at the entire nation. But, in speaking with the families of the victims, the survivors, and even top city administrators it is clear that most in Orlando see it as a hate crime, a bias-motivated attack aimed at the LGBTQ+ community. This tragic event has helped spark greater awareness of LGBTQ+ issues in Orlando, with some conservative churches and businesses actively working to support the community, altering their earlier homophobic stances. As a result of this attack, many have been spurred to increasing levels of activism. Non-profit organizations have been created to help support the LGBTQ+ and communities of color in the Orlando area, to create curriculum design in the Gay Straight Alliance chapters in local schools, and to advocate for politicians who promote gun violence prevention and champion LGBTQ+ rights. While there it became clear that art and memorialization cross borders. Many individuals expressed that this was not so much a regional event but one that is about basic human rights, about hate not being accepted as a human value. As tragedies and globalization become more expressed, part of the healing processes come from sharing support, solidarity, art and words. Other communities that have suffered similar tragedies often help mentor those tasked with responding to a tragedy that has occurred.