When Light Casts no Shadow 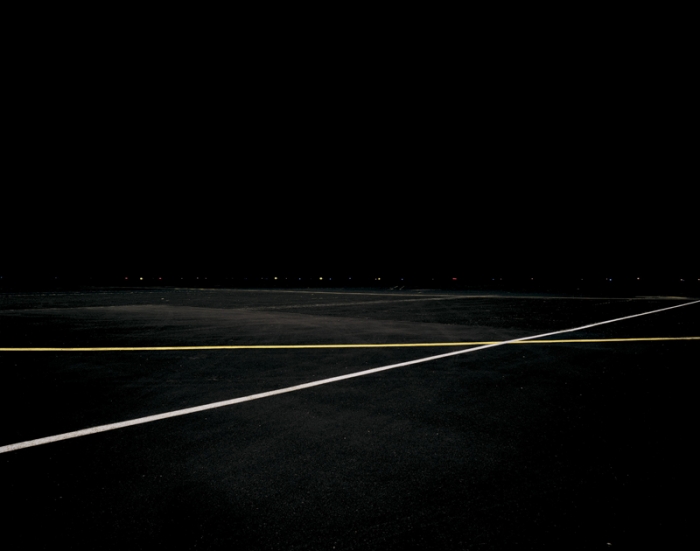 Edgar Martins was granted special airside access to some of the most interesting airports in Europe. The airports he chose have had a key role in history or the history of aviation (for example the Azores, which was a compulsory stop for transatlantic flights prior to 1970 and a military base in both World Wars). Almost all his images were produced at night, using the aprons’ floodlights, moonlight, long or double exposures of between ten minutes to two hours. Some of the airports on the Azores archipelago are unique. They are amongst the very few black-tarred runways in the world, and it is the relationship between the dark tarmac and the fluorescent painted signs and runway markings that lie at the heart of some of Martins’ most arresting images. This unusual combination allowed him to produce incredibly abstract images, with a very long depth of field and often with the use of minimal lighting. In some, sky and ground merge in darkness with only the lights and airport hieroglyphics to orient us. Yet even these are hard to decode, for whilst this is a landscape of signs that can be read by the knowledgeable – pilots and air traffic controllers, for example – it remains perplexing to the uninitiated. There are also areas in which this complex visual language is further ruptured, as new and old markings merge, echoing the overlapping of time, space and different eras, and disturbing language and meaning itself. These juxtapositions of sign and shape and their ambiguity of meaning are central to these remarkable images. is at the heart of these remarkable images. 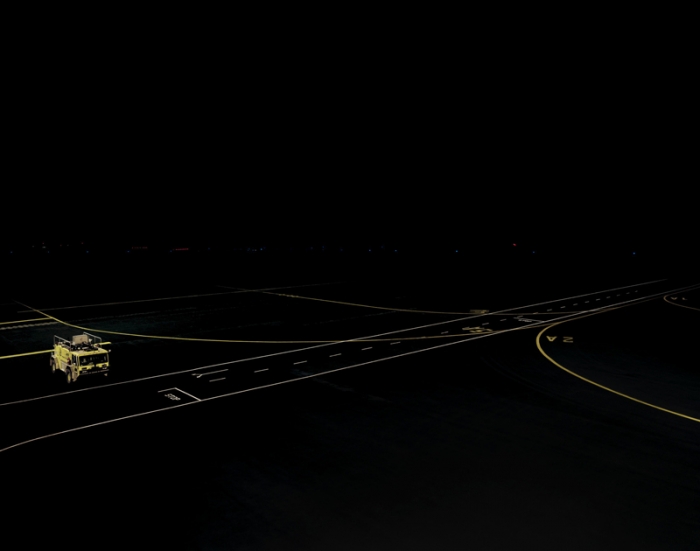 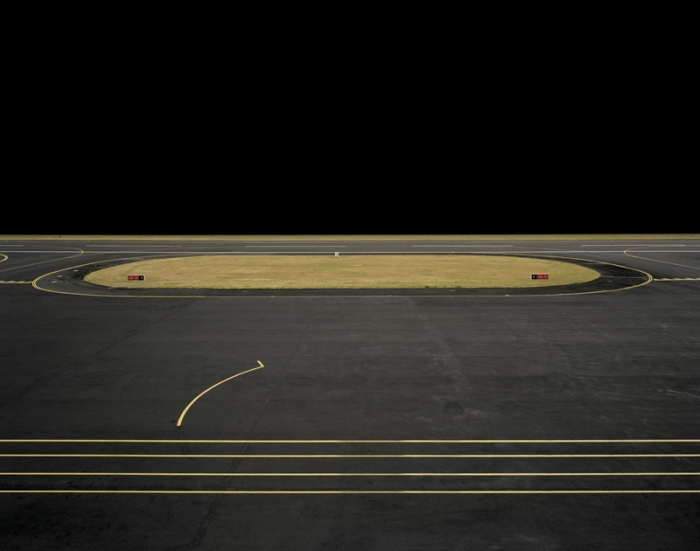 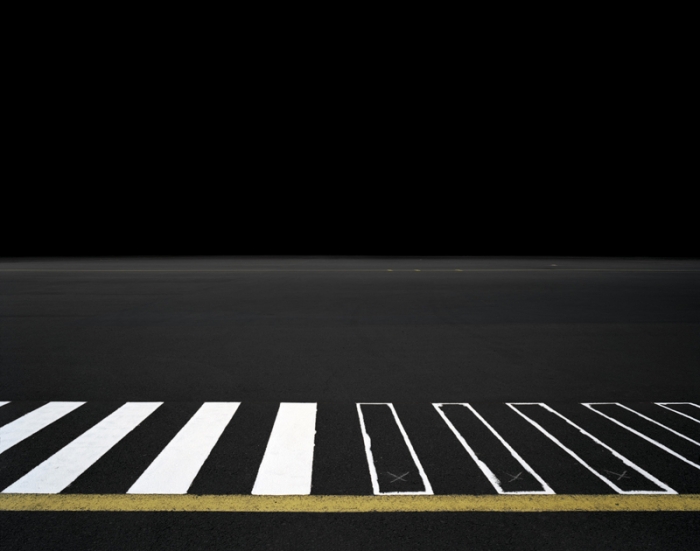 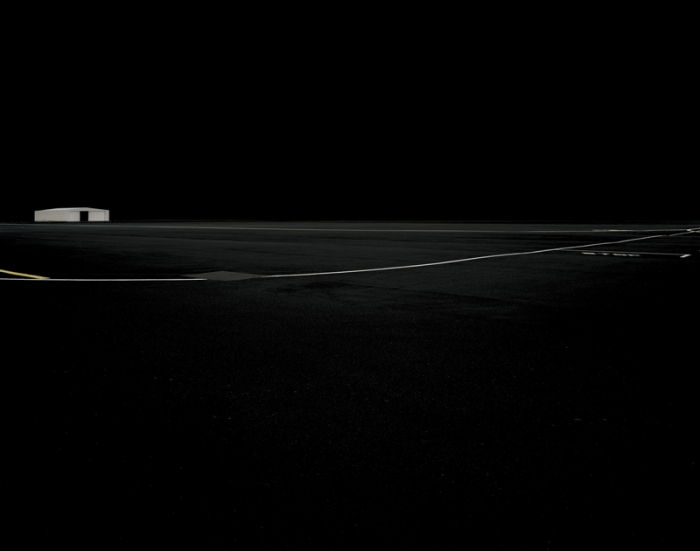