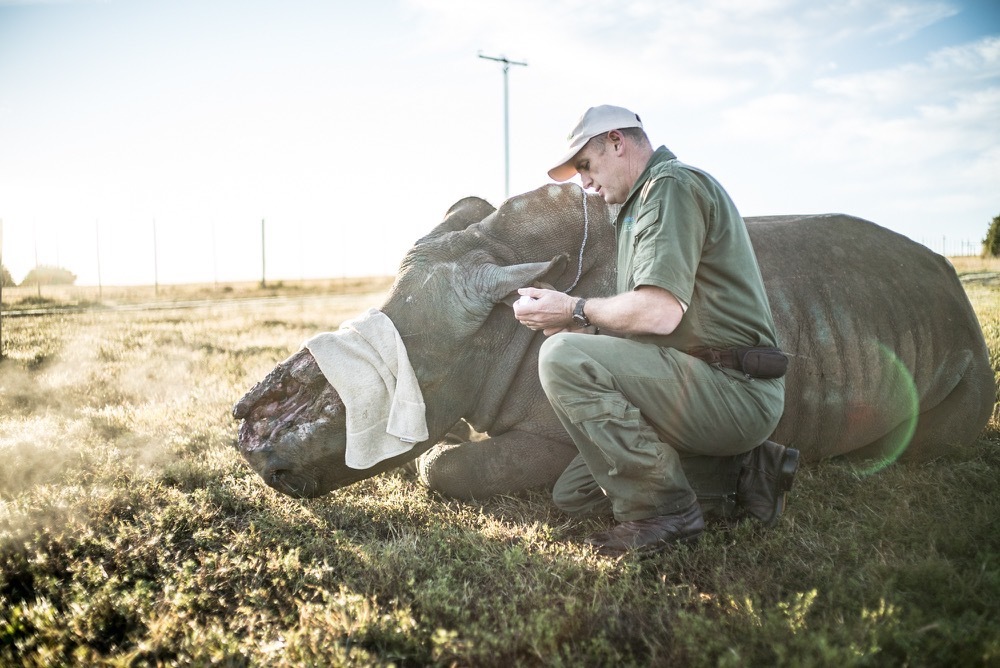 This is the story of Rhino that has been dubbed Hope. I have followed her journey from her first operation through to her current situ. She is currently on her 4th operation. She was poached using anaesthetic and hacked whilst still conscious. These photos capture the dichotomy of the same species who mutilated her also saving her life. These animals will be extinct in the wild unless we make change. The final portrait of her is rare defiant portrait of a species that still survives despite all odds. 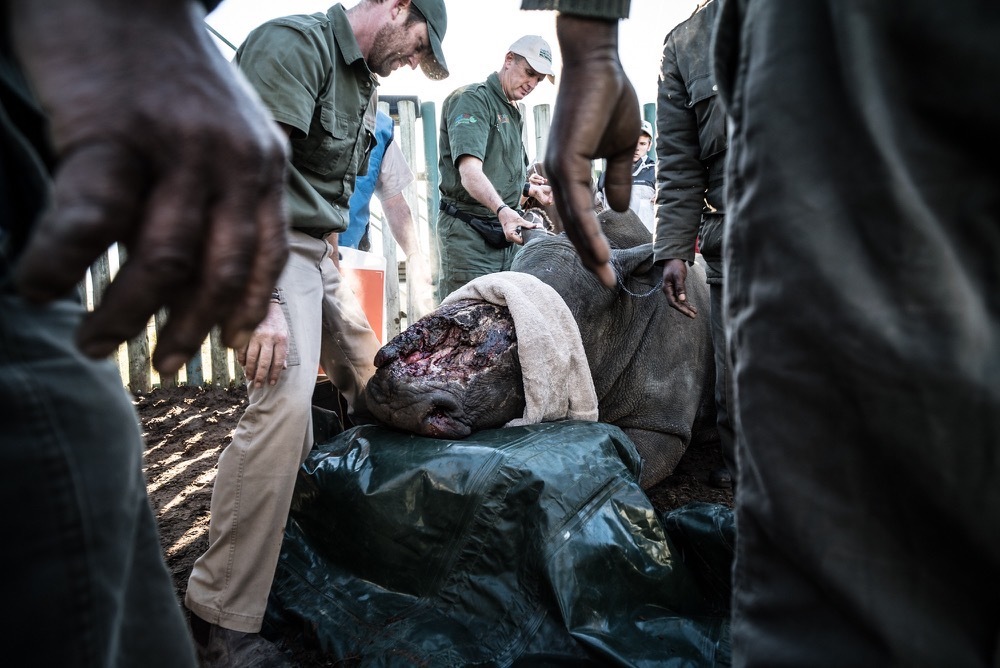 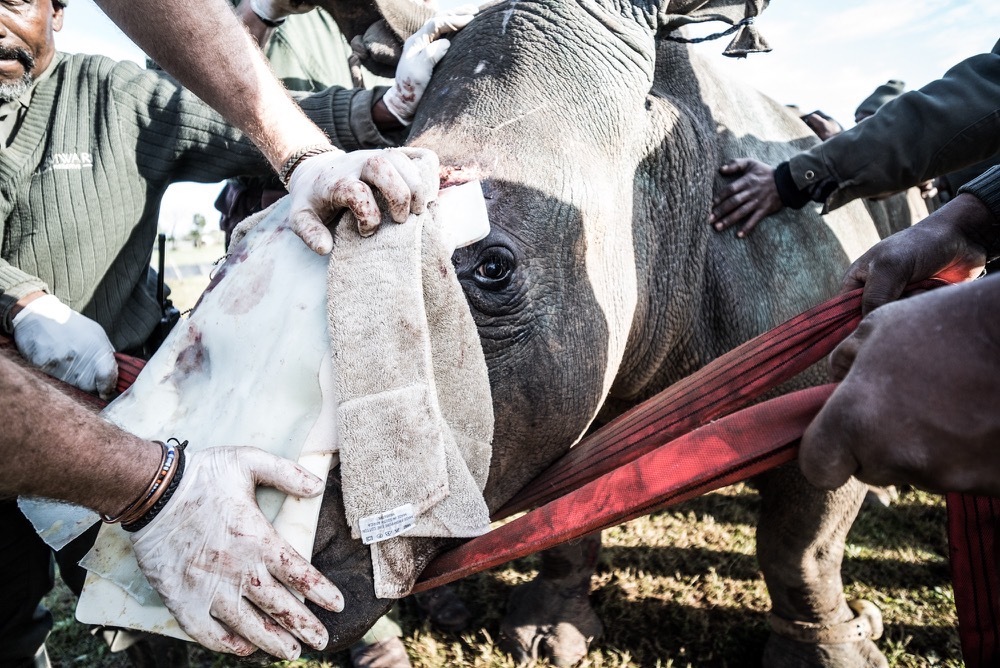 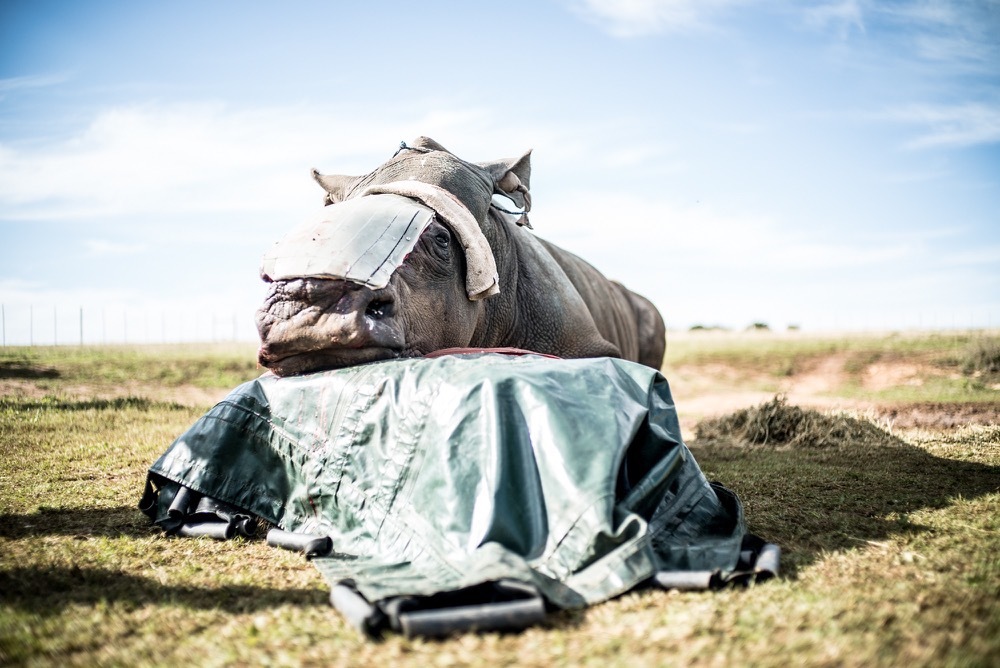 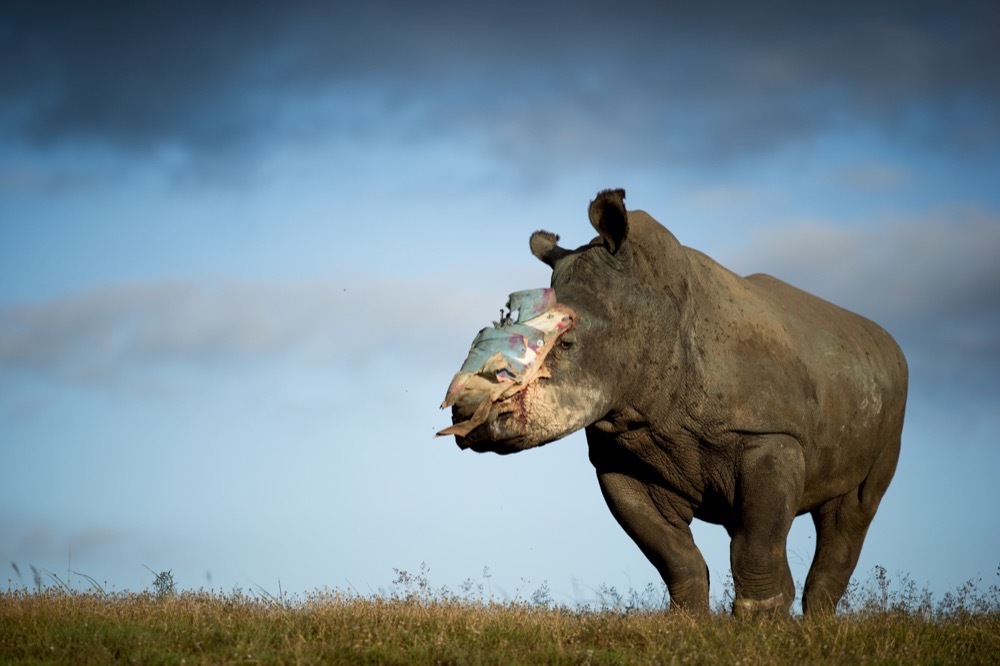 There are 5 species of rhinoceros in the world. 2 in Africa and 3 in southern Asia. These populations are in negative population growth as the price of horn in recent years has overtaken gold in value by the ounce. Three of the species are critically endangered and it is estimated that if demand for illegal horn mostly driven by an Asian market continues then the entire species will become extinct in the wild in the next ten years. The MO for poaching of the rhino is to infiltrate the national parks and reserves at night. The money at stake means that the poaching is well organised and well resourced. At present a common method is to dart the animals with C99 as to not scare a group or alert anti poachers with gunshot. Whilst the animals are anaesthetised - sedated but still conscious - the groups will hack at the animals face with an axe or panga. The animals are then left to bleed out. An agonising death for an animal without any natural predator. The photos of the young calves huddling beside the dead body of a mother is enough to devastate the hardest men. I have watched military men break down in tears after years of combat when faced with the still warm body of mother with bleating and squawking calf. There is no sport. The meat is not consumed. It is a scene framed and driven by human consumption. What we do to the animals we do to ourselves. In a world where are dealing with global warming, population control and a consumer driven culture we simply have to make a change or perish. To perish is to lose normal quality, rot or decay. I choose that word very carefully. Our planet earth has a carrying capacity and our demand or need is beyond that carrying capacity. Many of the operating systems - including our religions are over 2000 years old. Many of the paradigms that culturally we have taken for granted for so long have now become the very stigmas that will define our decay. In theory no longer can Masai hunt lion, children be born into slavery, communities burn witches or smokers indulge in restaurants. However, as ever, its far more complicated than that. As a man to the left of me looks me in the eye and asks me respect the fact that Jesus walked on water some 2000 years ago and a man to the right of me solemnly decrees a fundamental difference between the Jewish and Muslim children playing together in the corner, I am asking the man in front of me to stop poaching rhinoâ€¦ It has no medicinal value I argue. Itâ€™s fingernail. He shakes his head. I become frustrated. I can prove it to you scientifically - its made of keratin. I raise my voice. The Christian shakes his head righteously, the Jewish and Muslim children stop their play to see what all the fuss is about. He looks at me calmly. You canâ€™t tell me what to think. Culturally I will believe what i believe. For me it cures fever, back ache and hangover. It is not different from a man turning water into wine, immaculate conception, Kaaba, Heaven or Hell. People have died and will die for far more absurd notions than rhino horn. This man is right of course. My belief will not alter his behaviour. In fact the more I isolate him the less dialogue is generated. Without dialogue rhino do not have a future. Rather than tell him he is wrong perhaps we all could moderate our behaviour. In the first half of the 21st century we as a species will hunt another large keystone species into extinction. We have landed a man on the moon, connected the planet through the internet and peered into the DNA of our future yet we could not protect the very biodiversity that maintains our planet earth. Of course the planet will survive without Rhino - however for how long? At the turn of the 20th century the human population of the planet was just over 1 billion people. At the end of this century the same planet will be supporting 11 billion people. We consume as individuals on average five times more than we did 200 years ago. The maths is simple - in 200 years we have increased pressure on our planet by 5500%. Losing a large mammal at this stage of the proceedings is simply the bell tolling for the final round. I think that the sad thing is that many of us didn't even hear the bell. It means a compromise for all. No more wrong or right, only clarity of thought to rebalance an equilibrium that is very very out of sync. We need to reboot the operating systems - apply a clean slate and put this planet first. Quite simply. Please stop buying rhino horn not because it is wrong. Not because it is not a medicine. Quite simply because if we continue we have no more rhino left. It will become a slippery slope. Conservation is actually self preservation. What we do to the animals we do to ourselves. A world without rhino will have no room for us.