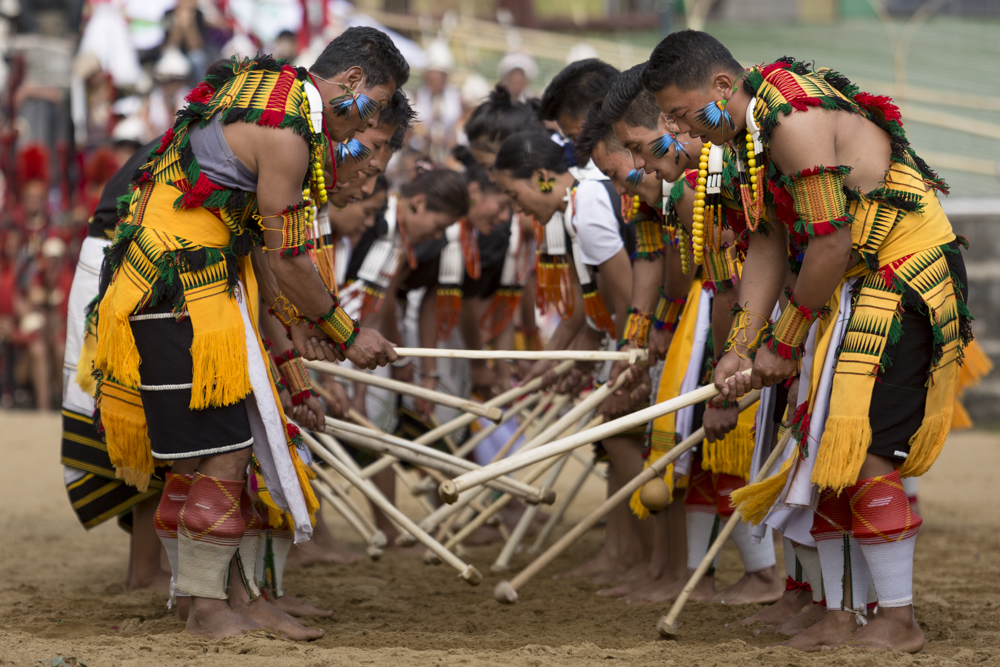 The Nagas are a people of Mongoloid stock, with numerous tribes who share similar cultures and traditions inhabiting the mountainous region of the Indian state of Nagaland, with a substantial presence in Manipur and Arunachal Pradesh, plus small populations in Assam and north-west Myanmar, too. Naga heritage is celebrated during colourful festivals: Hornbill is the Nagaland state government's ten-day festival organised every December, when Naga tribes converge wearing their traditional costumes and finery for tourists. The majestic hornbill is a Nagaland emblem representing loyalty, as the female bird stays in the high nest, relying on her male to feed her. In the past, the right to use hornbill feathers had to be earned, and only those that excelled in warfare received the honour to decorate themselves so. 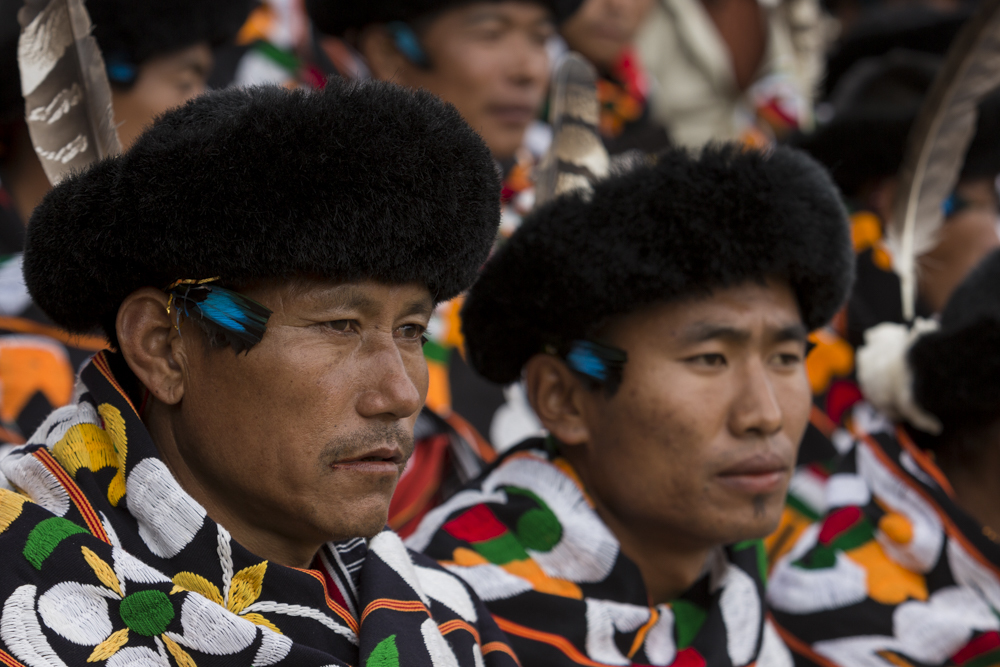 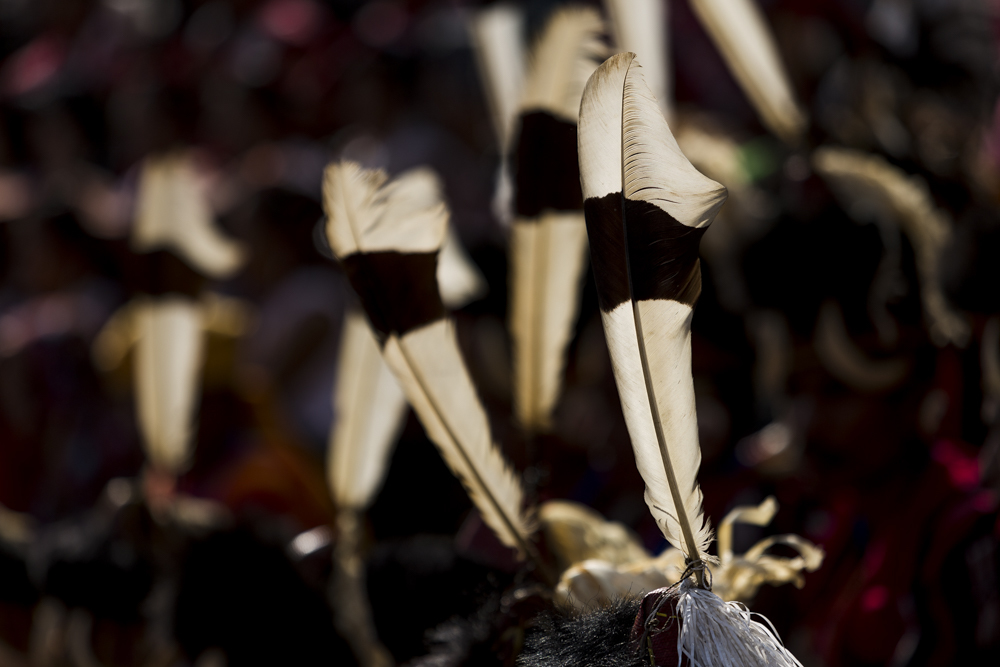 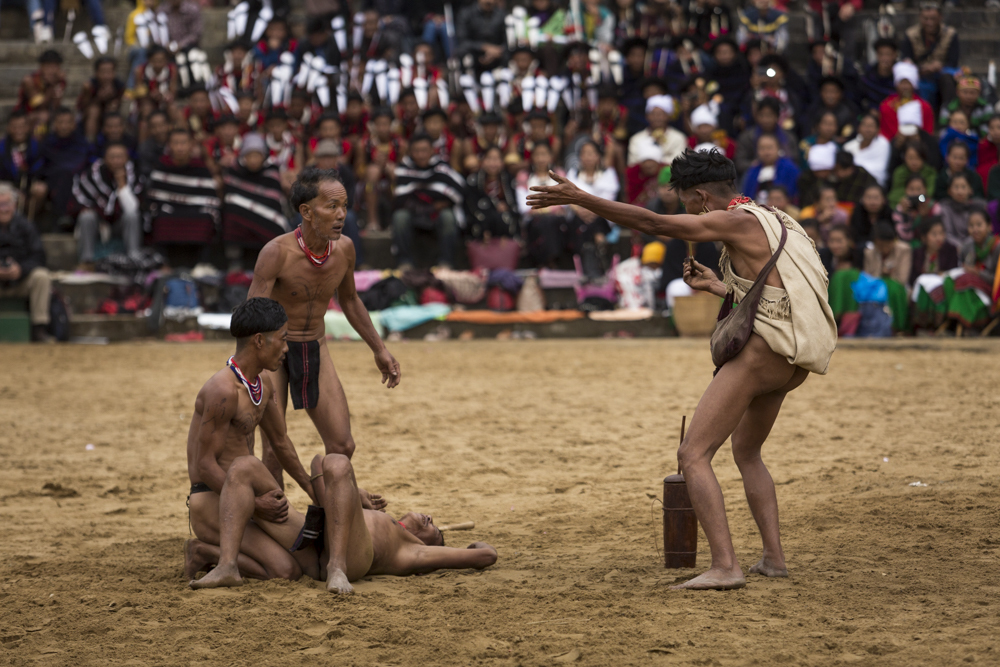 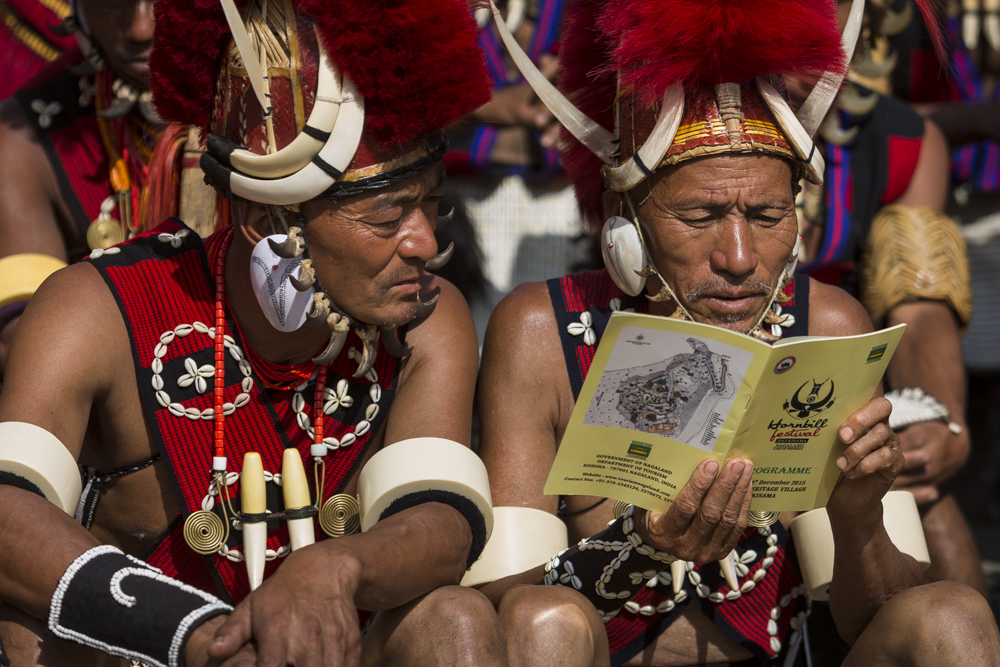