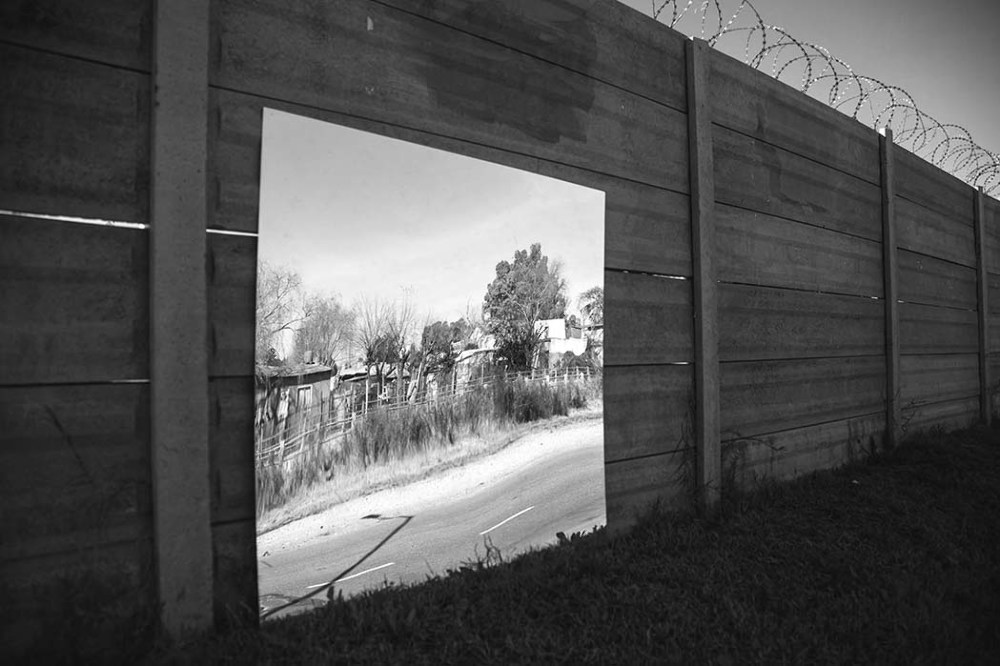 The appearance of gated communities on the outskirts of the Buenos Aires constitutes an urban phenomenon of great relevance. I photograph their walls as geographic landforms. Frontiers that separate private properties and ranks of neighbours that roughly alter the rules radically. From which side I stand, the way of perceiving the world changes through a play of realities between walls. While walking through the outside it feels the quiet violence of the inflicted boundary, considering not only the causes that gave origin to it, but also the consequences in terms of the social fabric, and I wonder how far we are prisoners of our beliefs. I remark the interaction between the wall and the context through a mirror that reflects what remains "outside", searching for an interpretation that goes beyond what we behold. The mirror contains the other dimension, which the wall conceals. 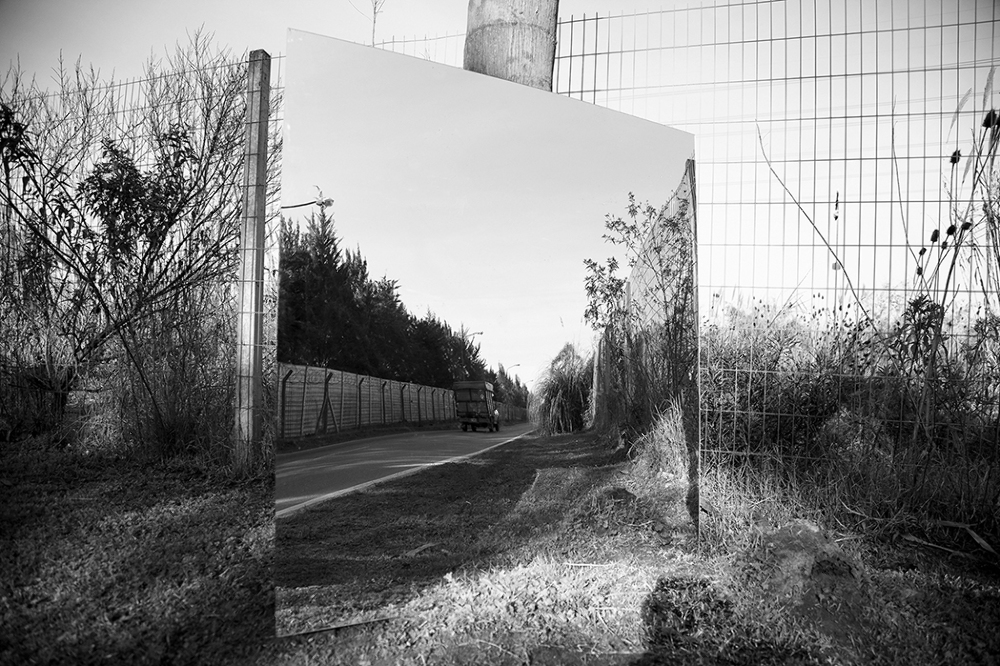 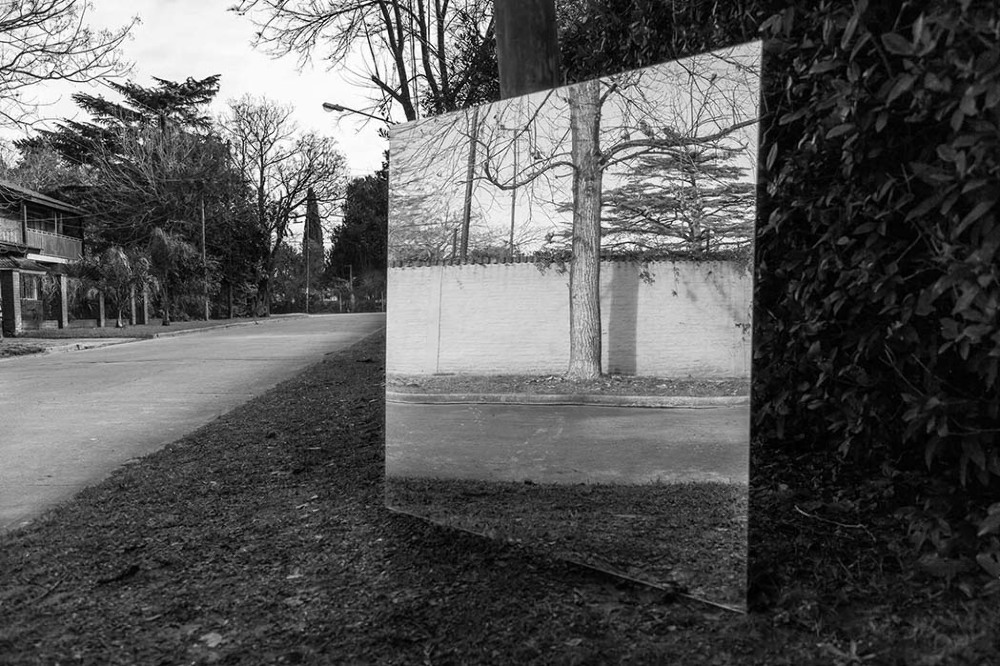 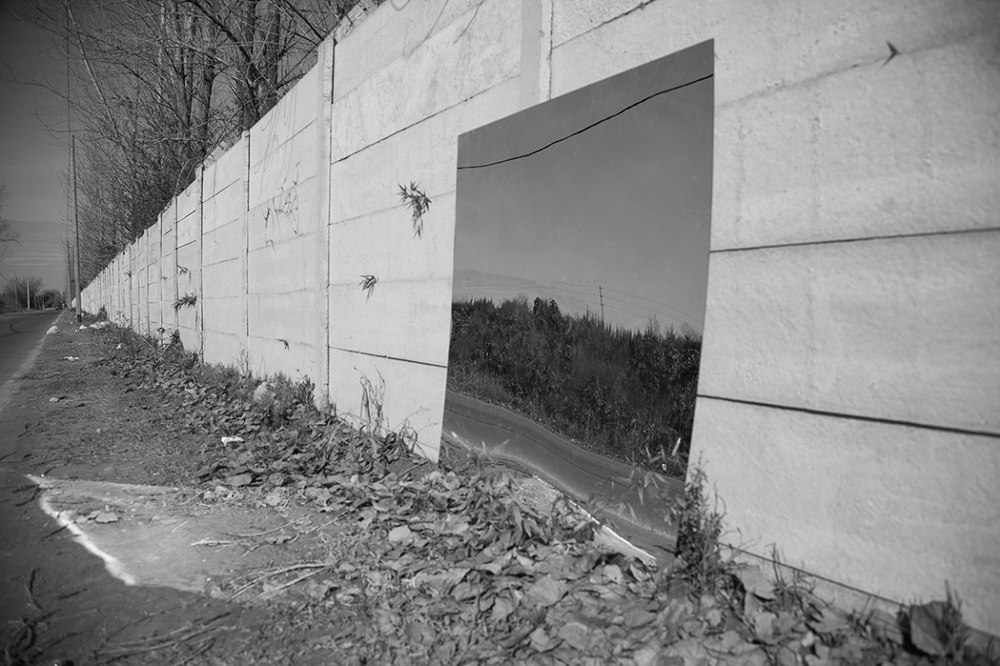 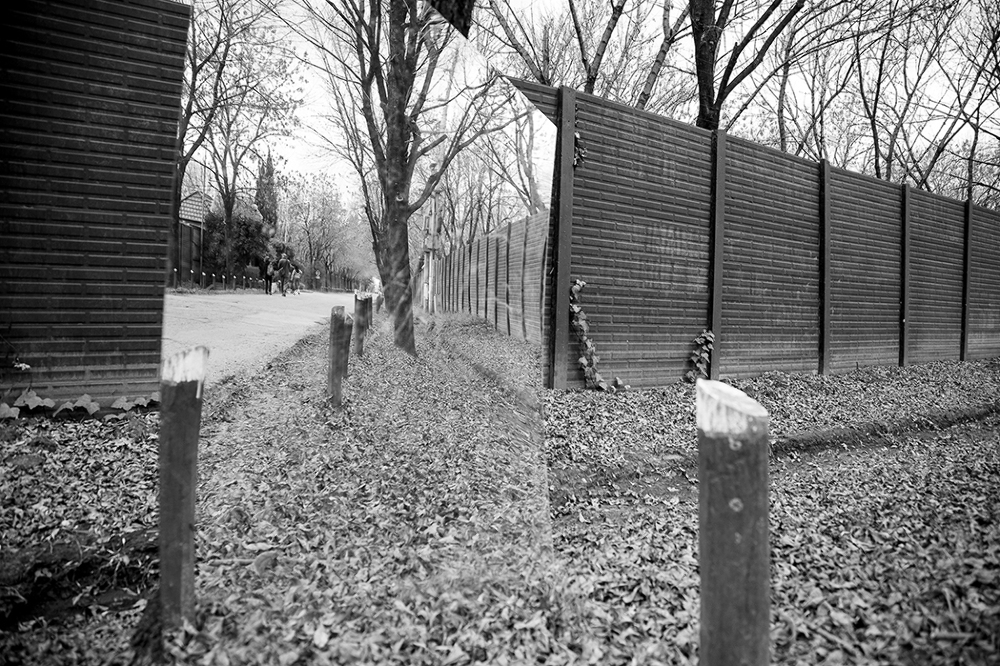