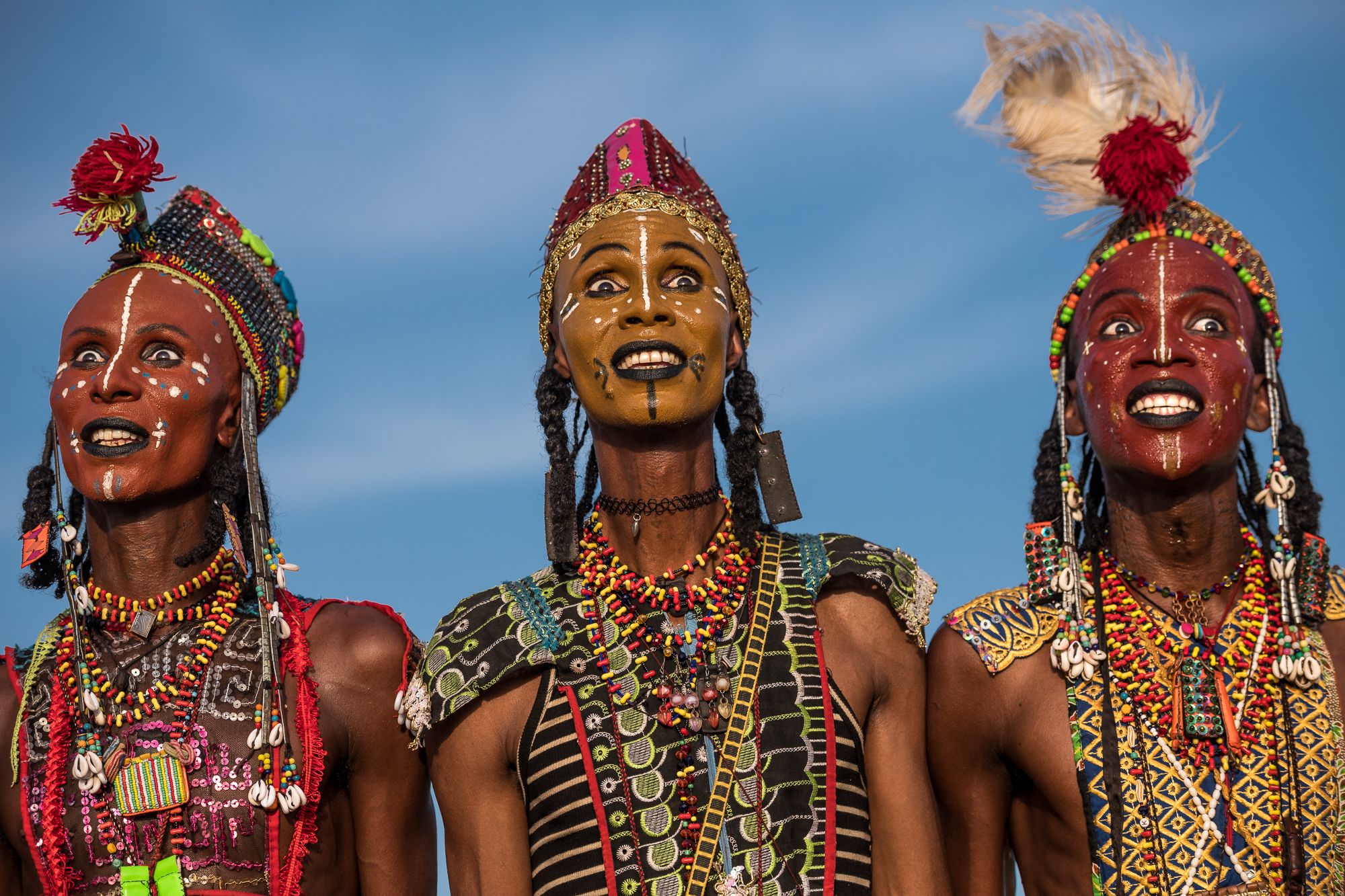 The Wodaabe are nomadic pastoralists and practice egalitarian cohabitation and ceremonies. The move every 2-3 days. The clans get together for courtship-ritual competition, the Gerewol where women judge the men on their beauty and pick the desirable. Men dress to impress and dance and sing to attract; find love, marriage, or a night of passion or anything in between. To get there, Wodaabe men compete for supremacy in front of the judges. When a decision is made, the young female judge moves up and reveals her choice of mate by touching him. The women who have previously judged are spectators. 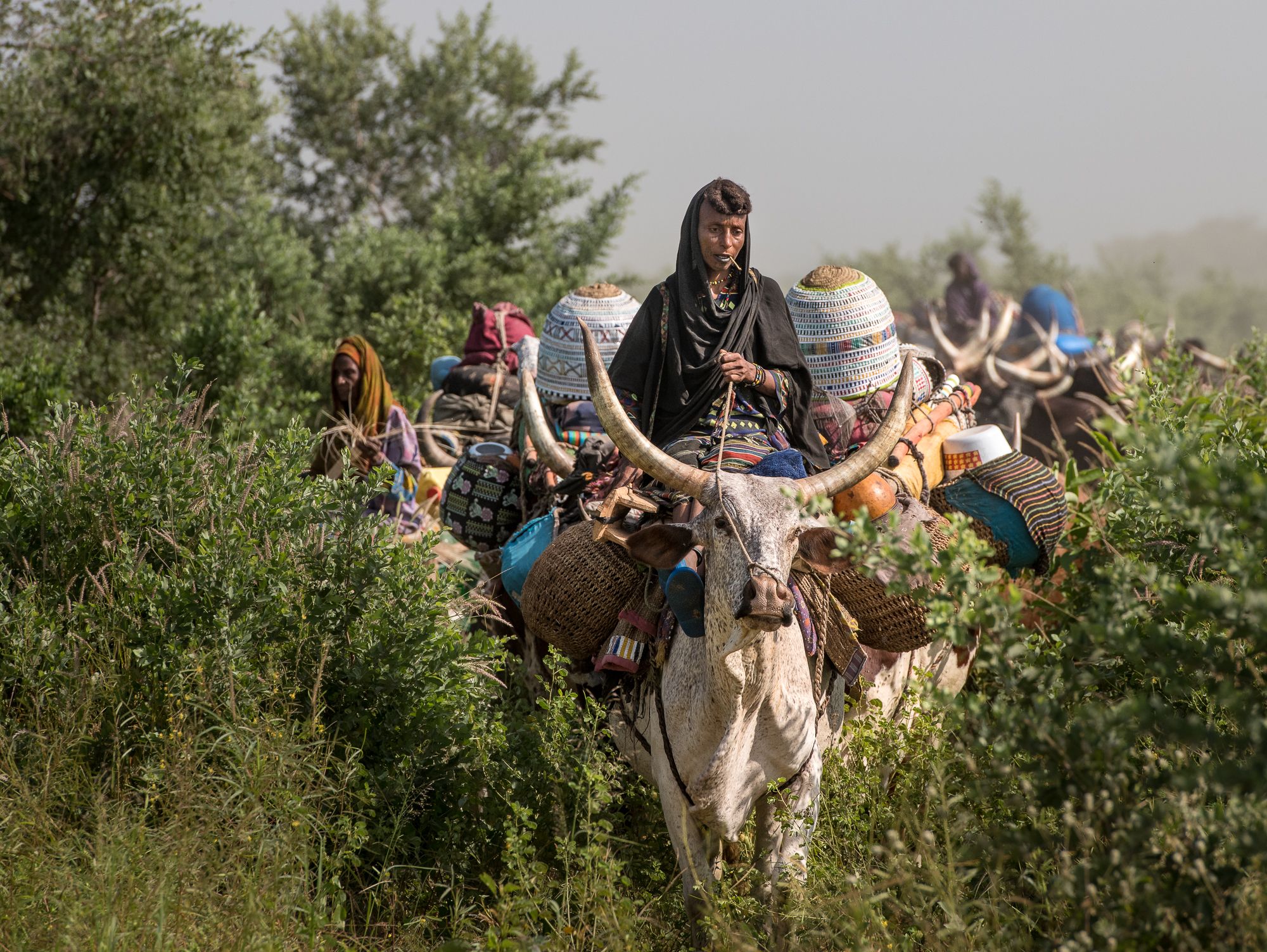 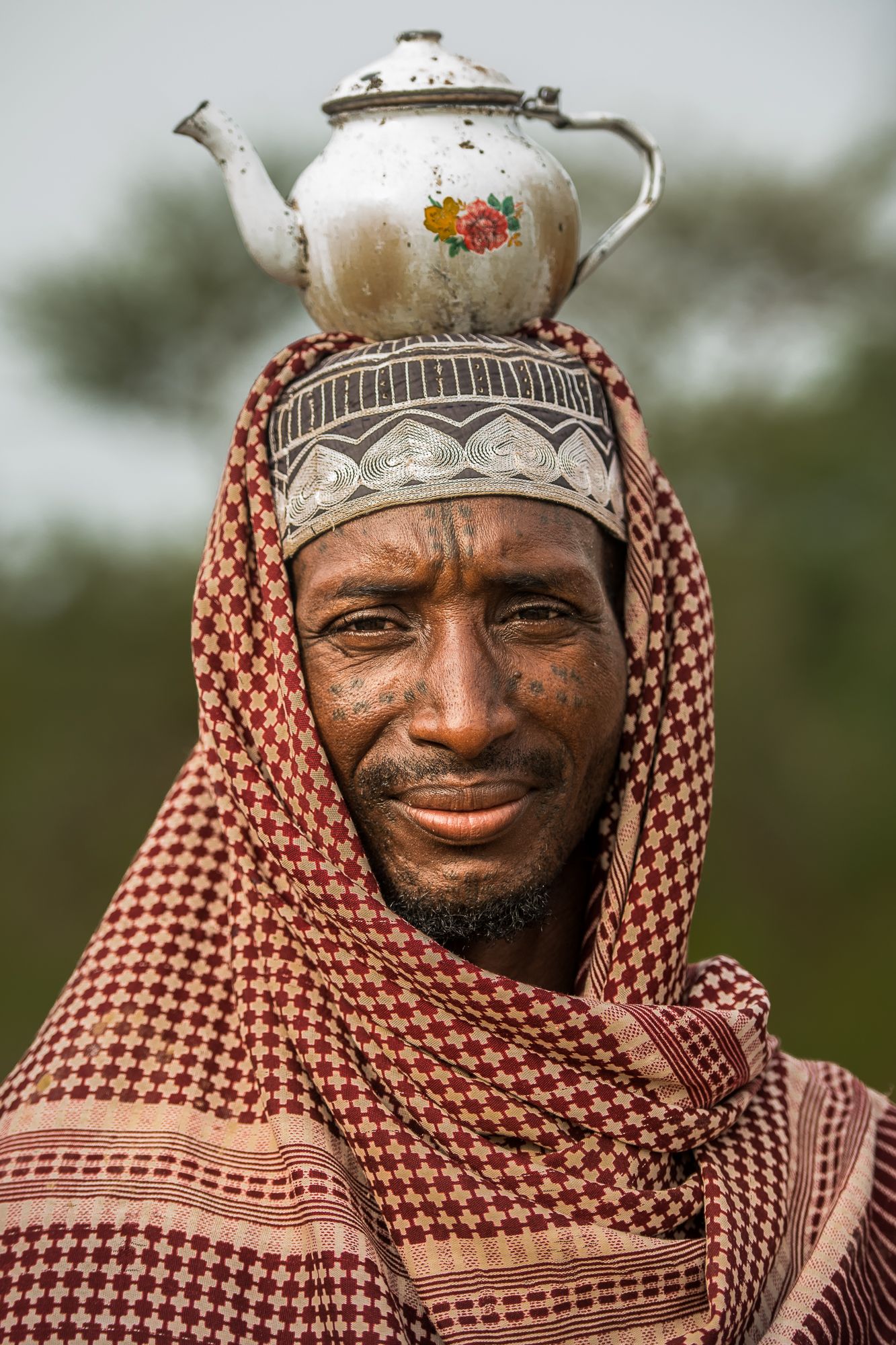 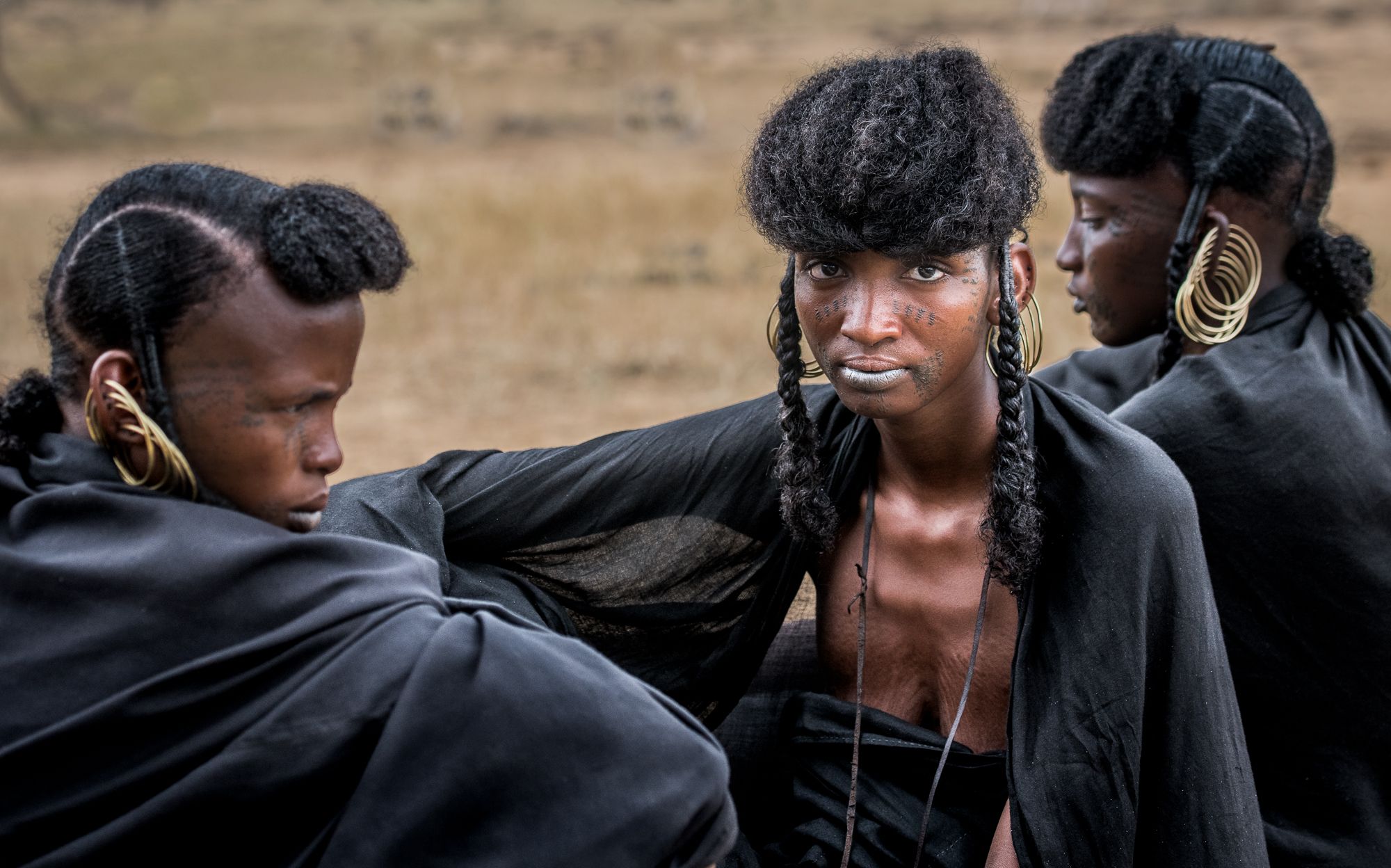 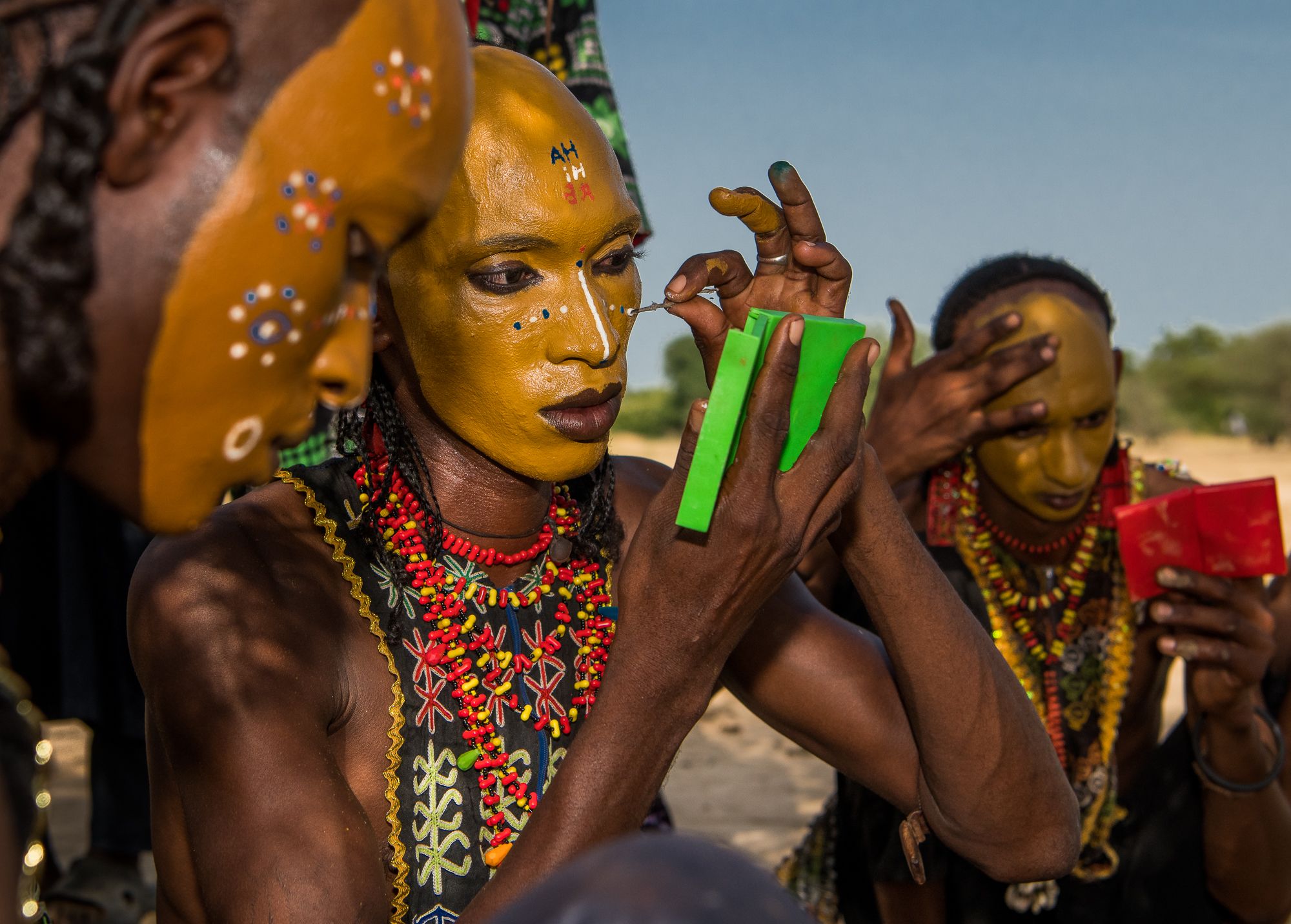 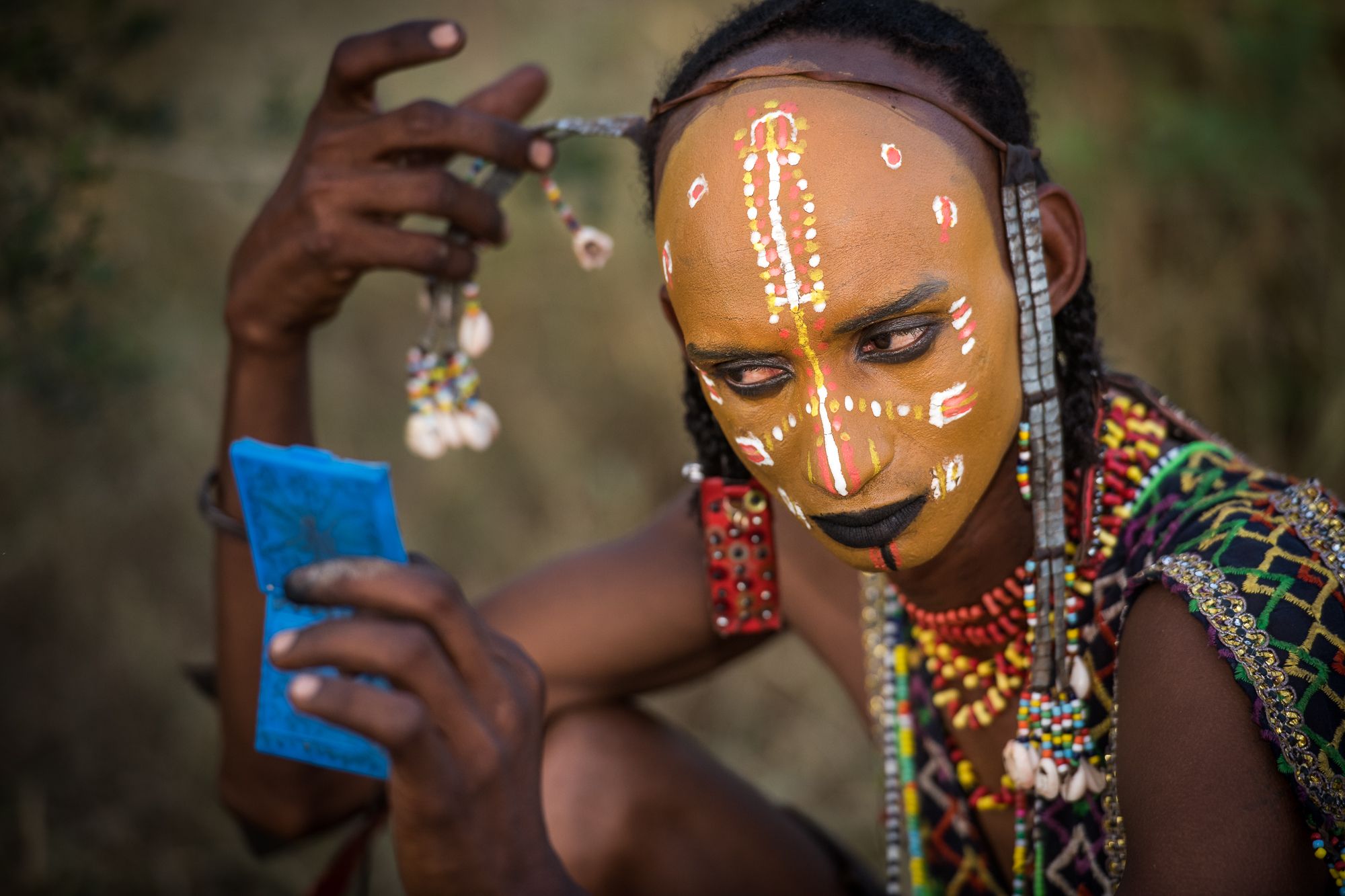 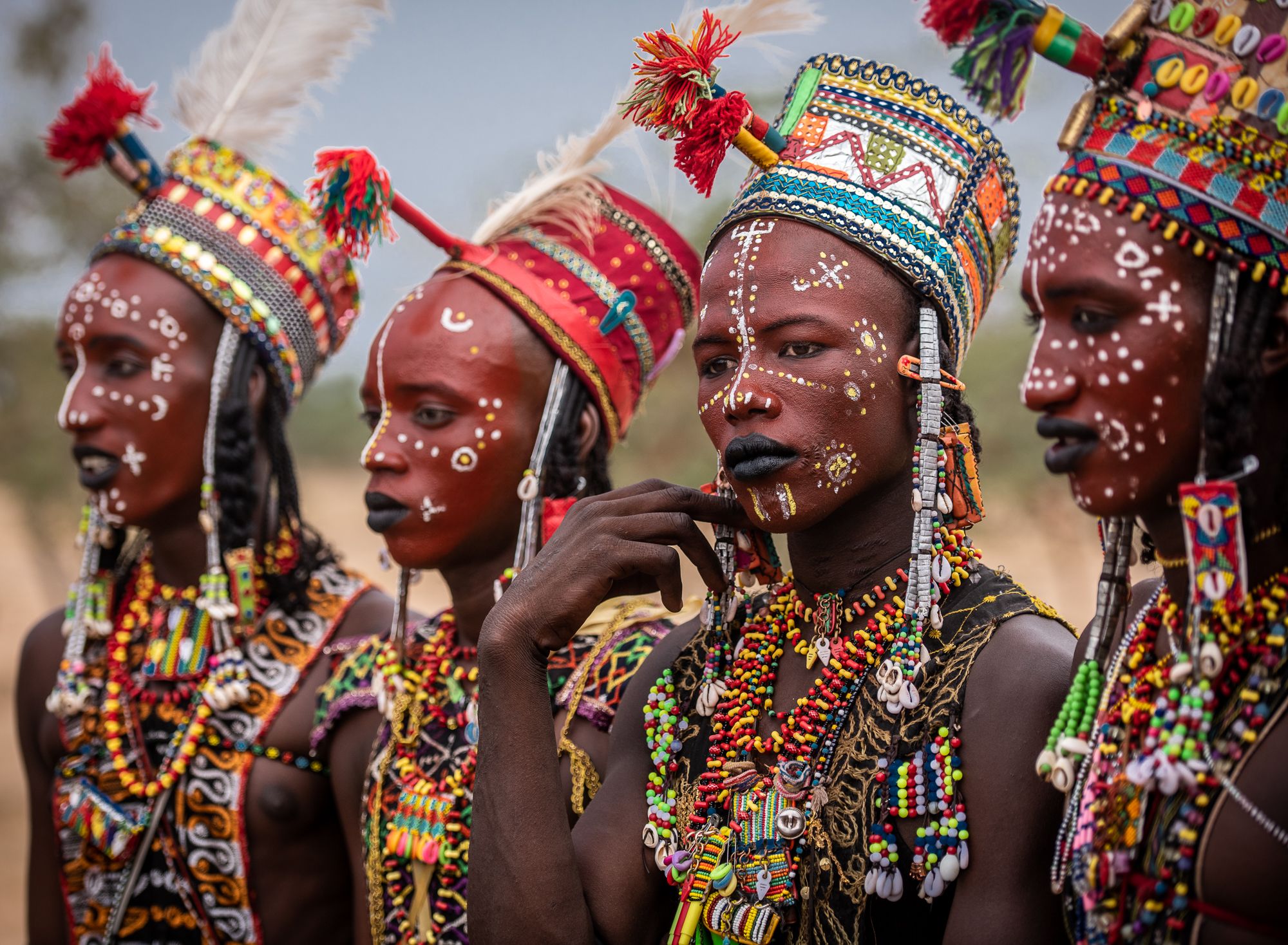 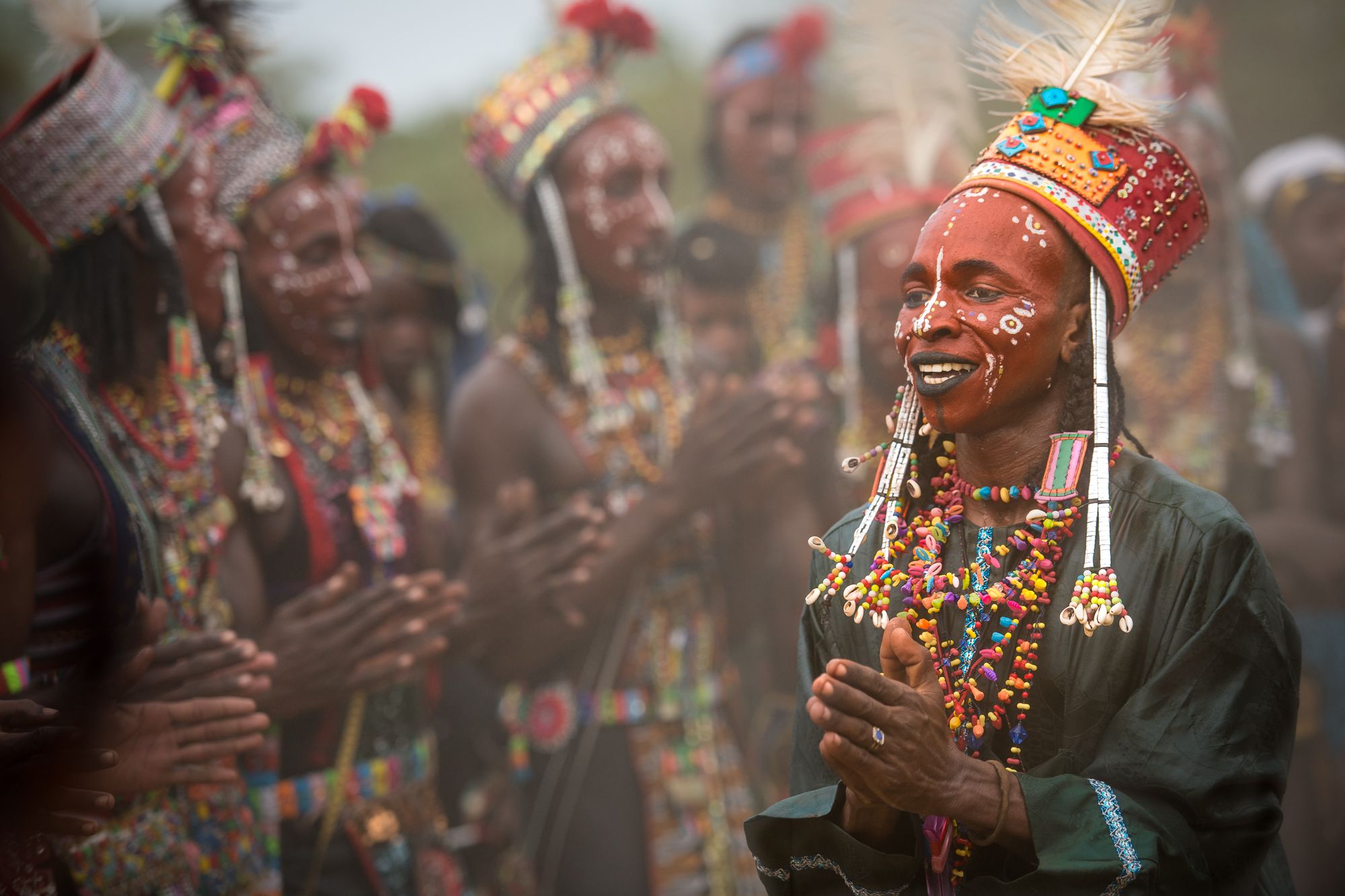 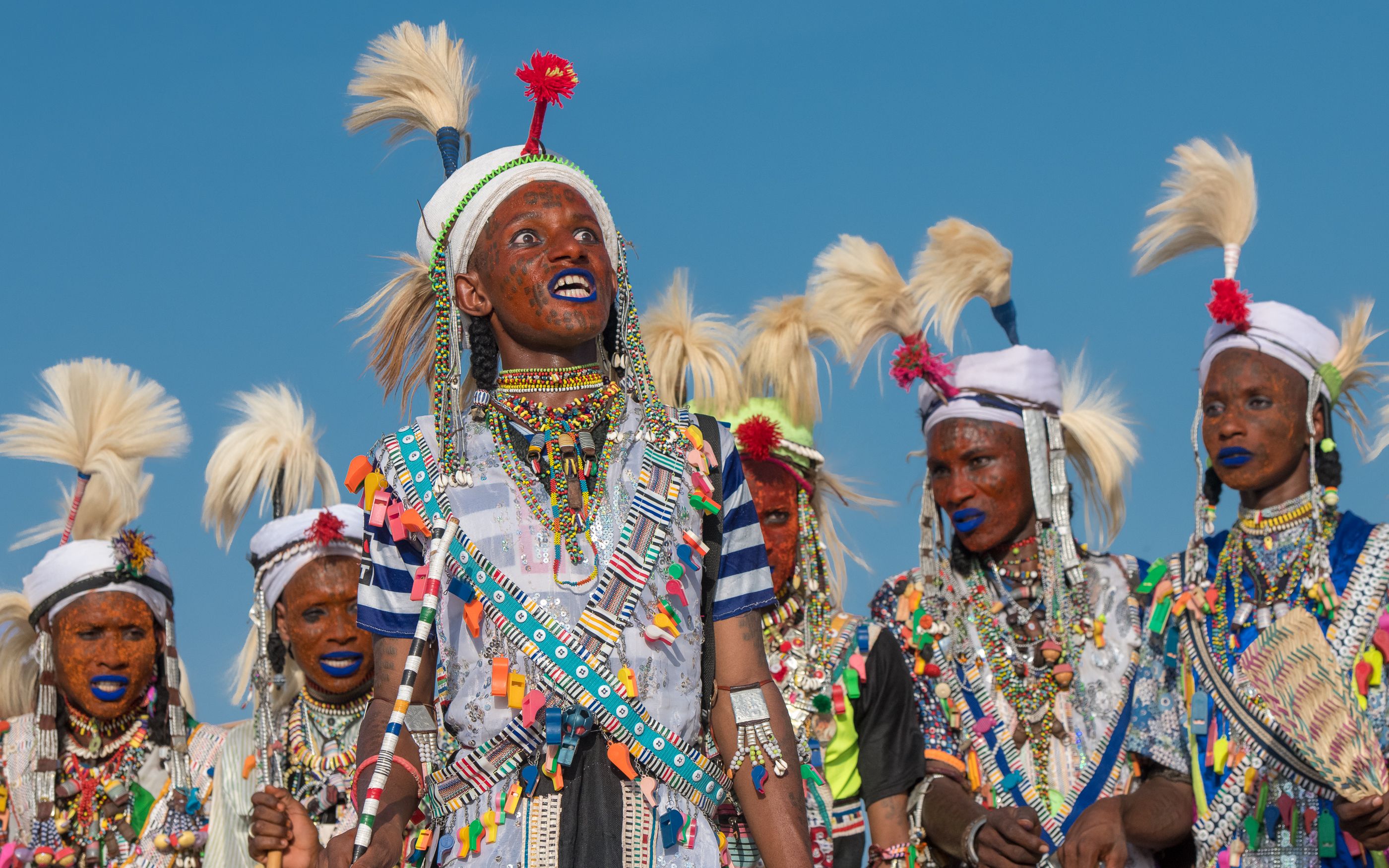 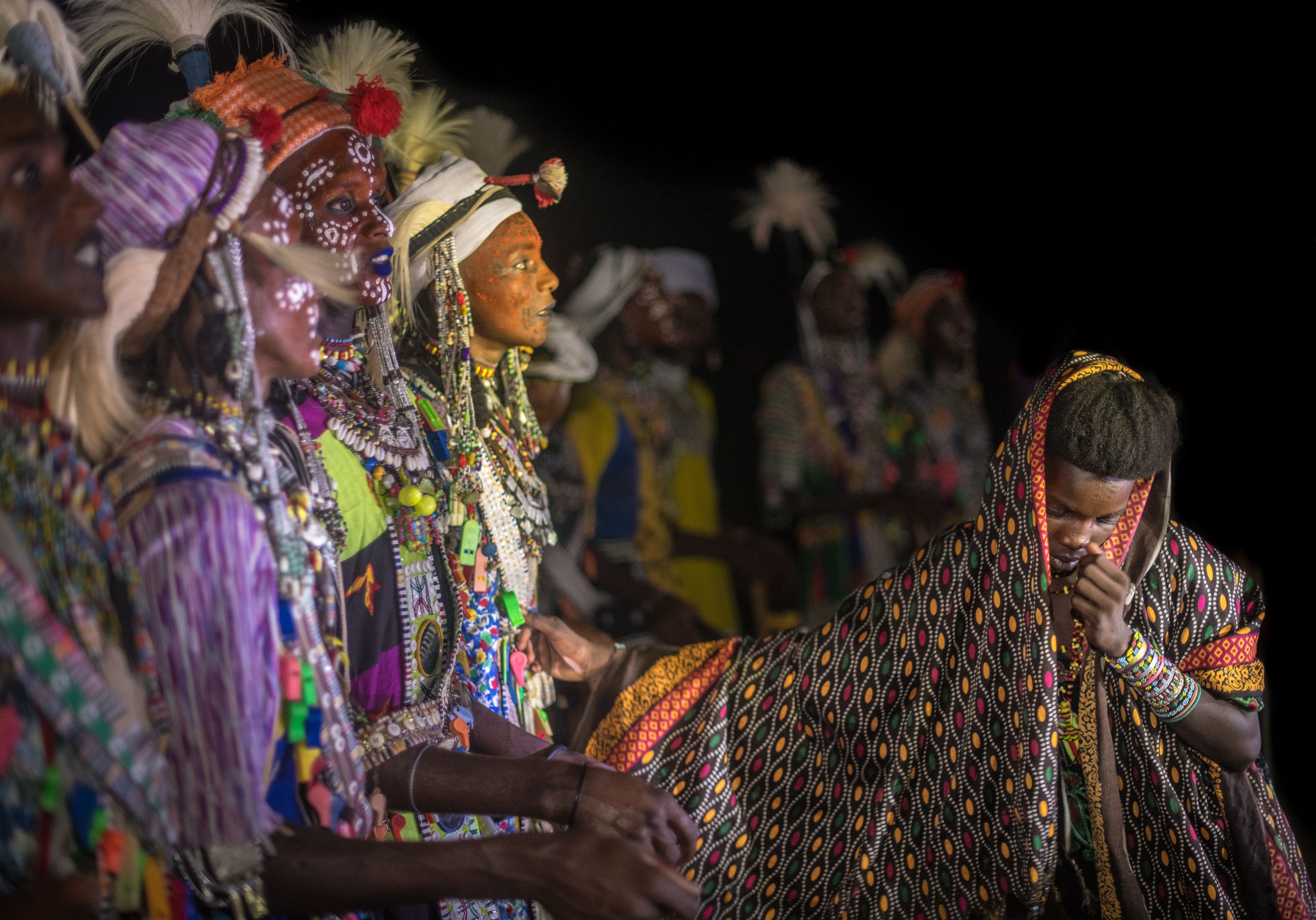 The beautiful Wodaabe people are one of the only nomadic pastoralists left in the Sahel region of West Africa. They are known for their egalitarian cohabitation where men help the women with household chores; incredible ceremonies; and for constantly being on the move with their large herds of livestock. For centuries, the arid plains have shaped the livelihood of this tribe and dictated their lifestyle. The Wodaabe herd their cattle in search of water and grazing – as the animals’ survival is their survival. They move every 2-3 days all year round. Climate change and other changes, such as conflicts and terrorism in neighboring countries in the region, are threatening their existence as they limit the areas where they can go to for green pastures and water. Their culture of survival, utility, and simplicity, based on nomadic pastoralism as the primary form of livelihood and this is under threat. In late summer, after the rain stops and the pasture is more plentiful, the Wodaabe clans get together for their annual courtship-ritual competition, the Gerewol. The outcomes of the ceremony are determined by the Wodaabe women. Women are the bosses as they judge the men and pick the most desirable ones. Men dress to impress and perform dancing and singing to attract; find love, marriage, or a night of passion or anything in between. To get there, Wodaabe men compete for supremacy in front of the female judges. When a decision is made, the young female judge slowly moves up and reveals her choice of mate, by touching him, all while the men sing and dance. The women who have previously judged are spectators of the ceremony. The Wodaabe people’s culture is in and of itself fascinating and the Gerewol is one of the world’s most incredible spectacles. The tribe is slowly disappearing and we are all loosing important knowledge about the environment and traditions. The Wodaabe people in this series mainly move around in Chad in West Africa where these photos were captured.