Eraudis Pompi - A man with dignity 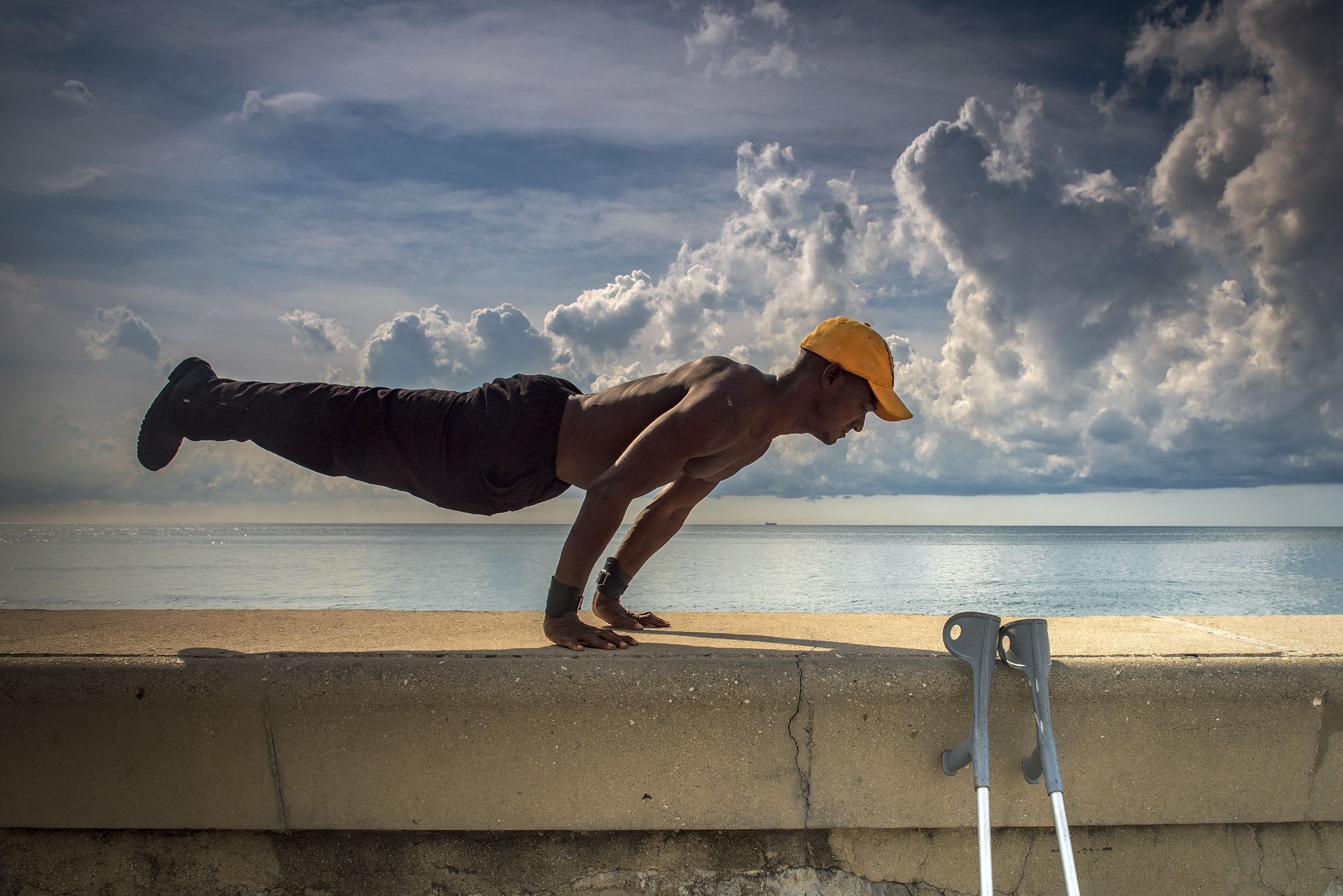 This is a story between me and a homeless one-leg man that I met during 7-day stay in Havana from my first trip to Cuba. Although we couldnʻt understand each other completely due to language, but we are as closed as friends he had on the street. 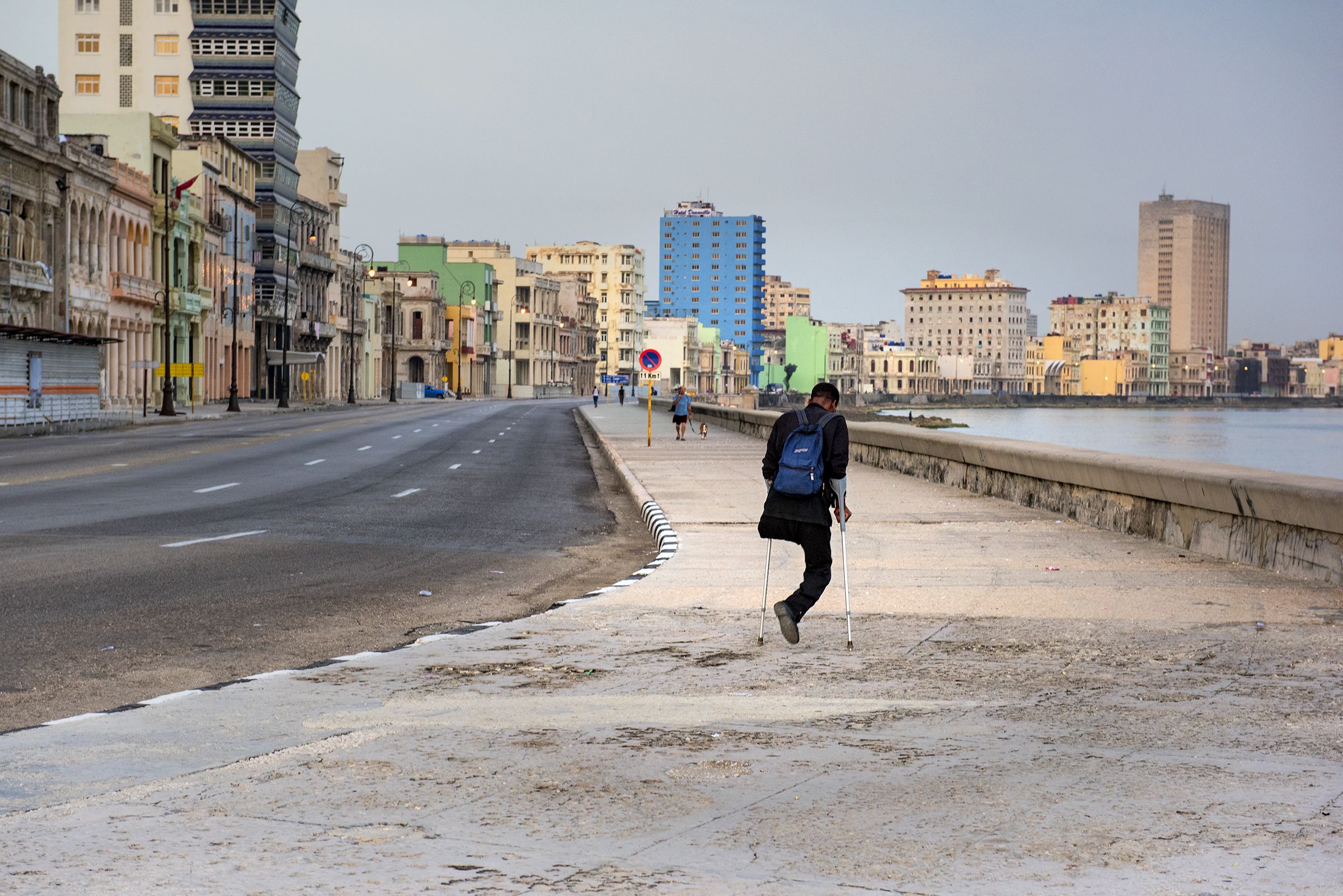 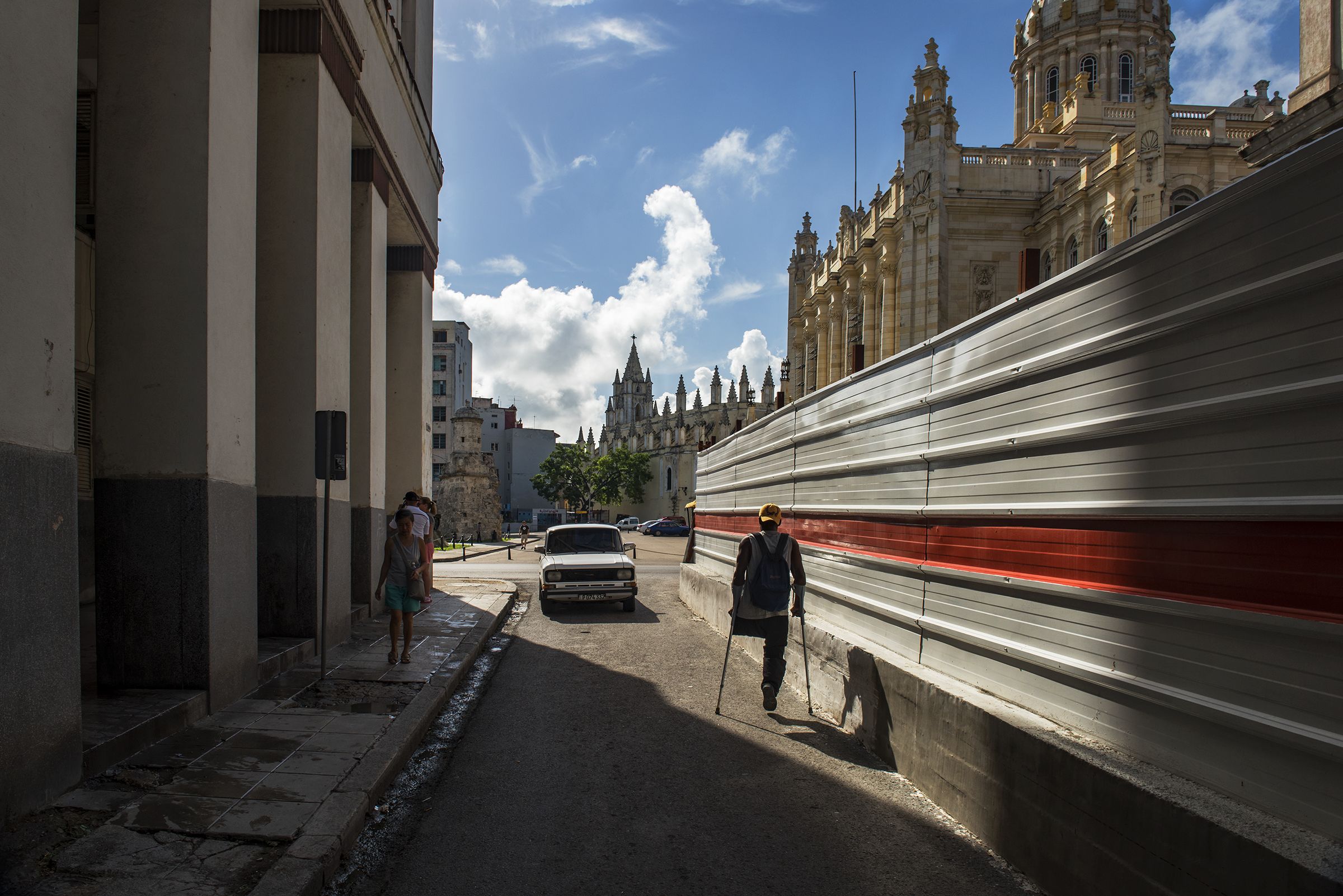 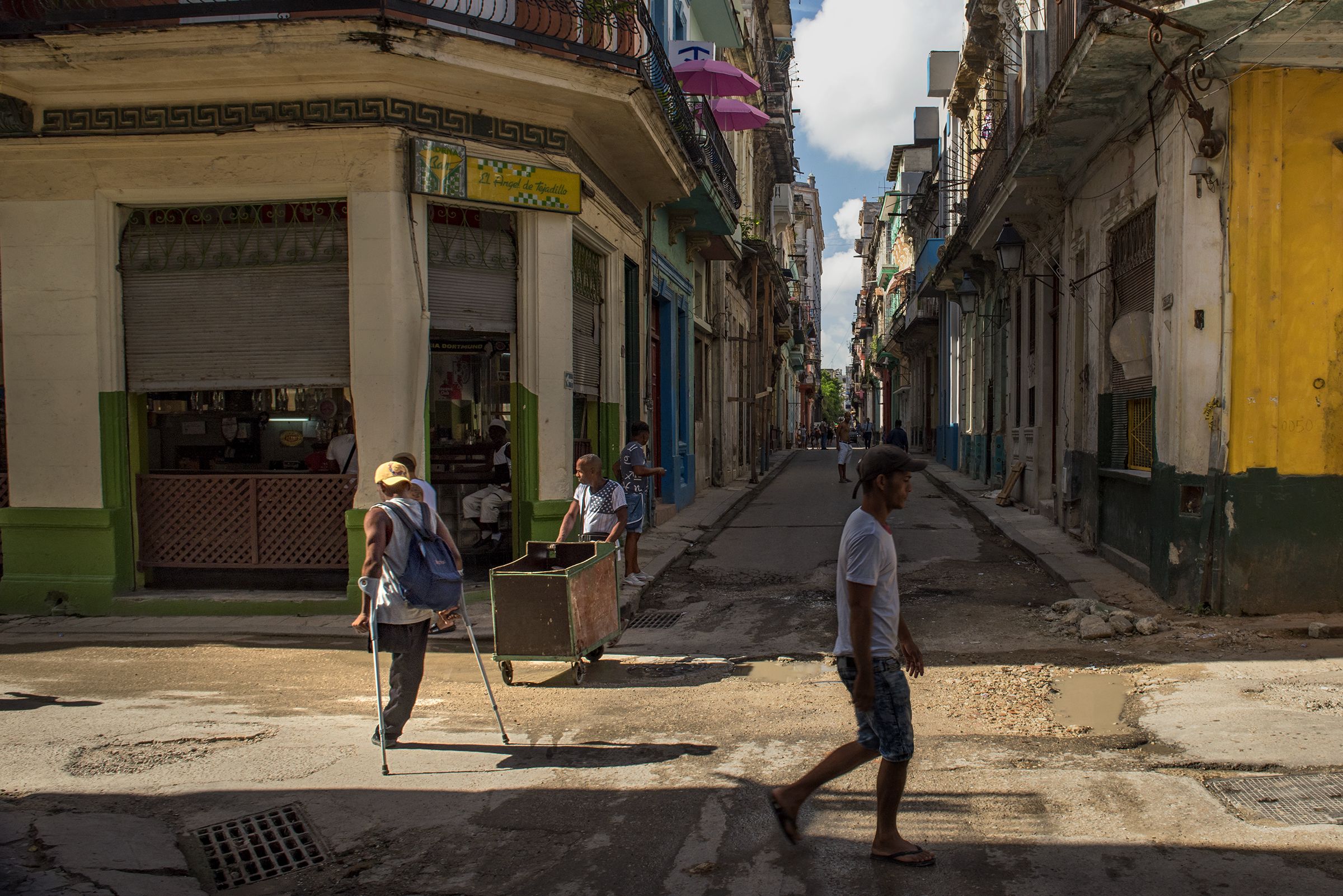 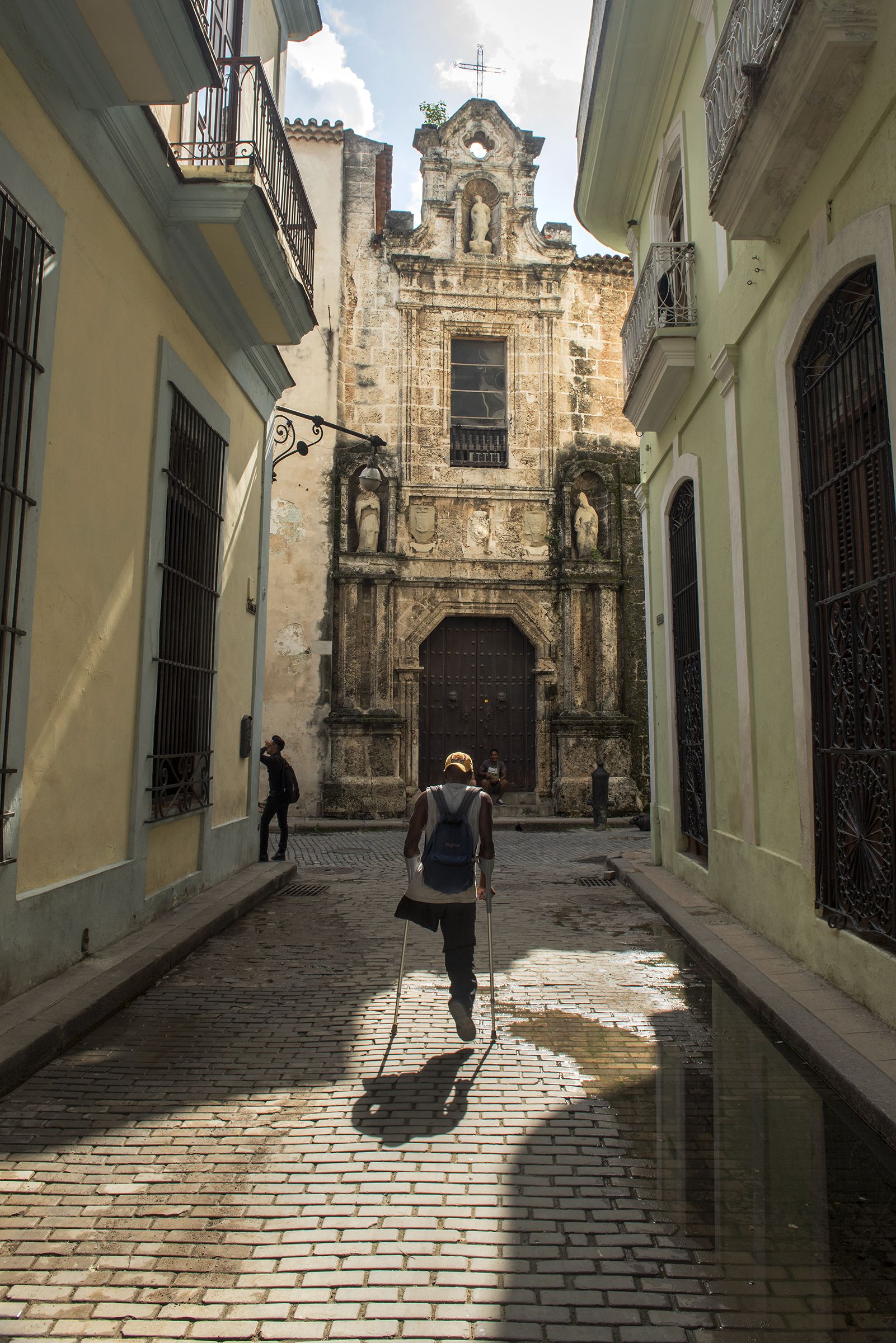 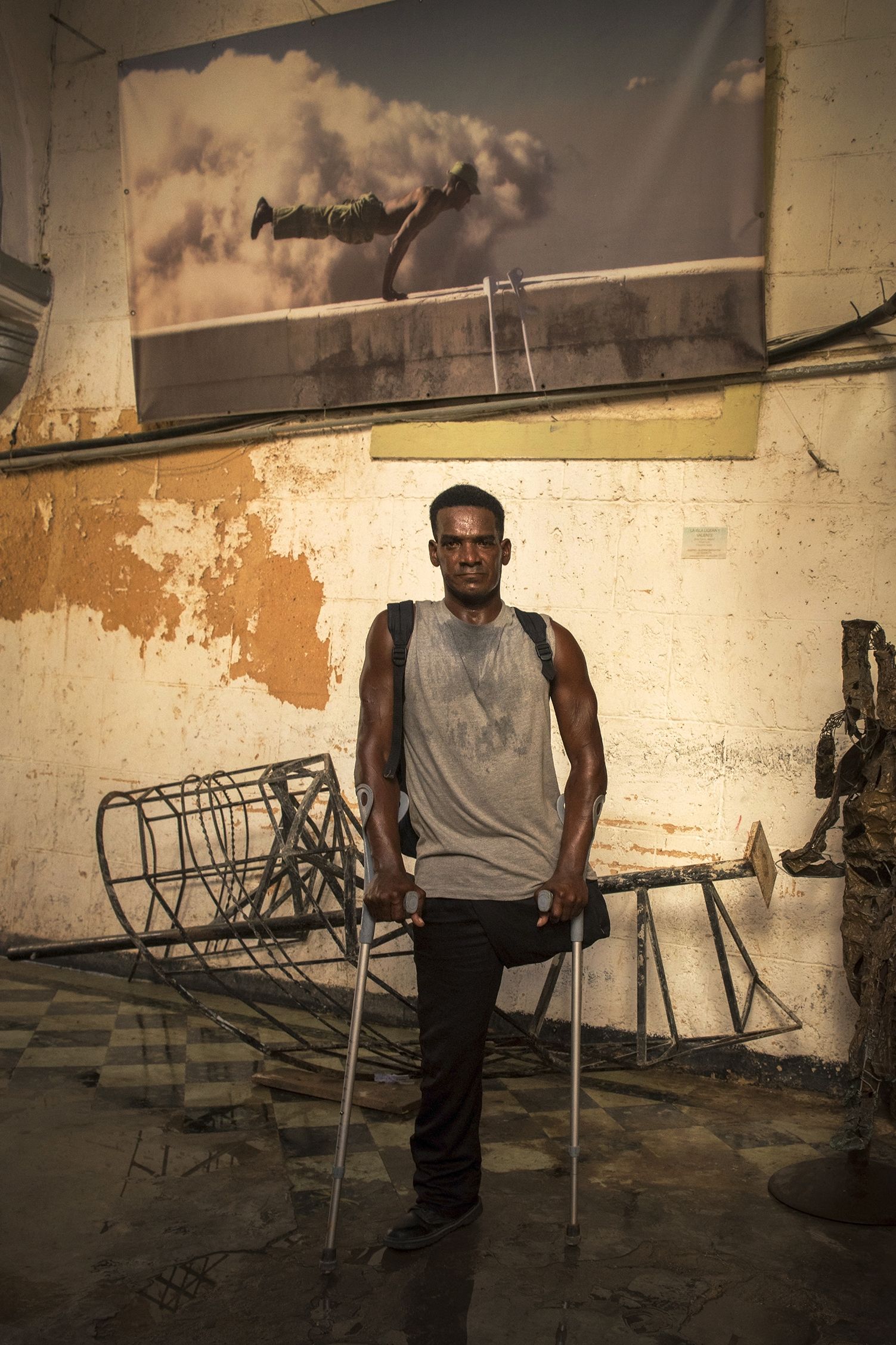 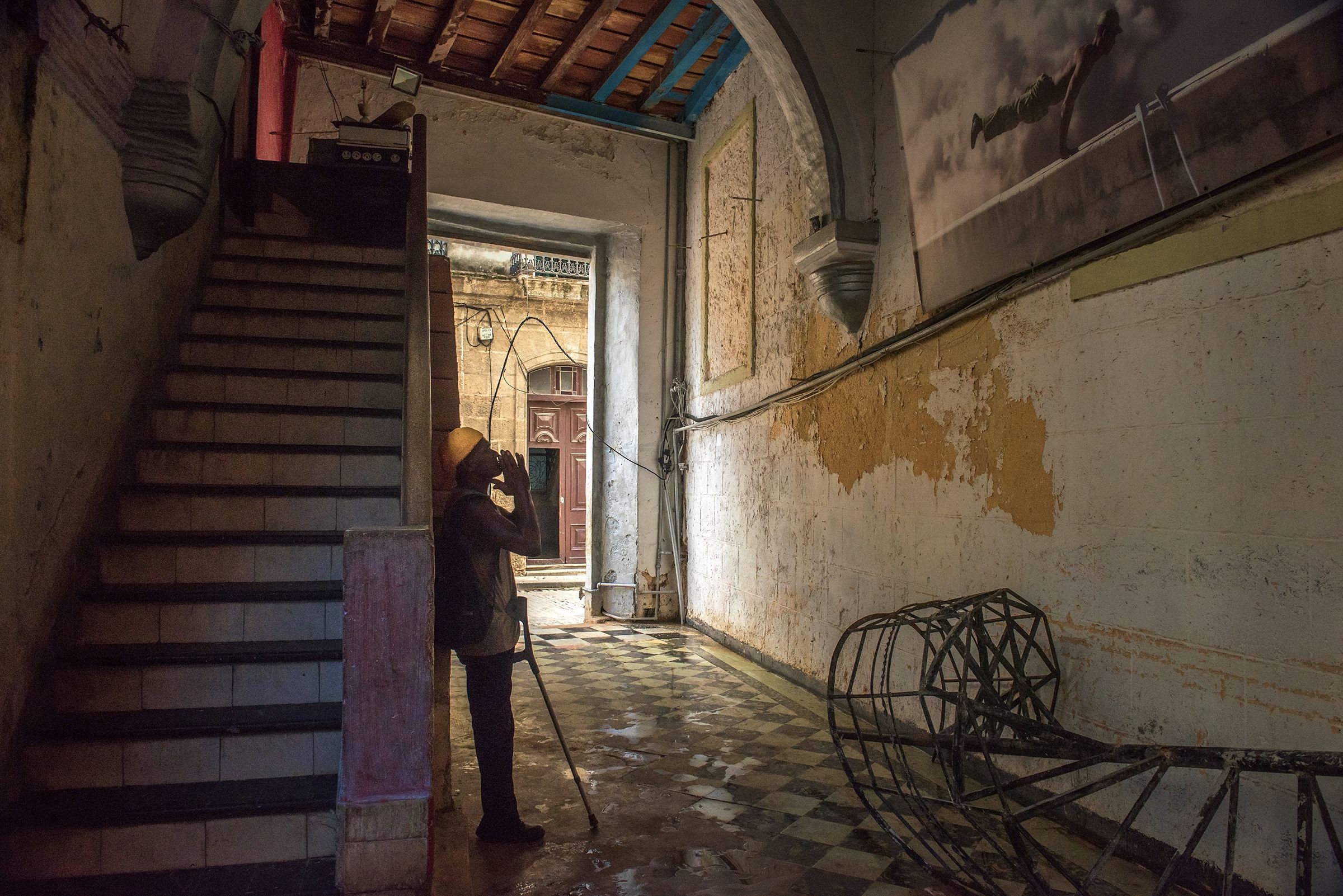 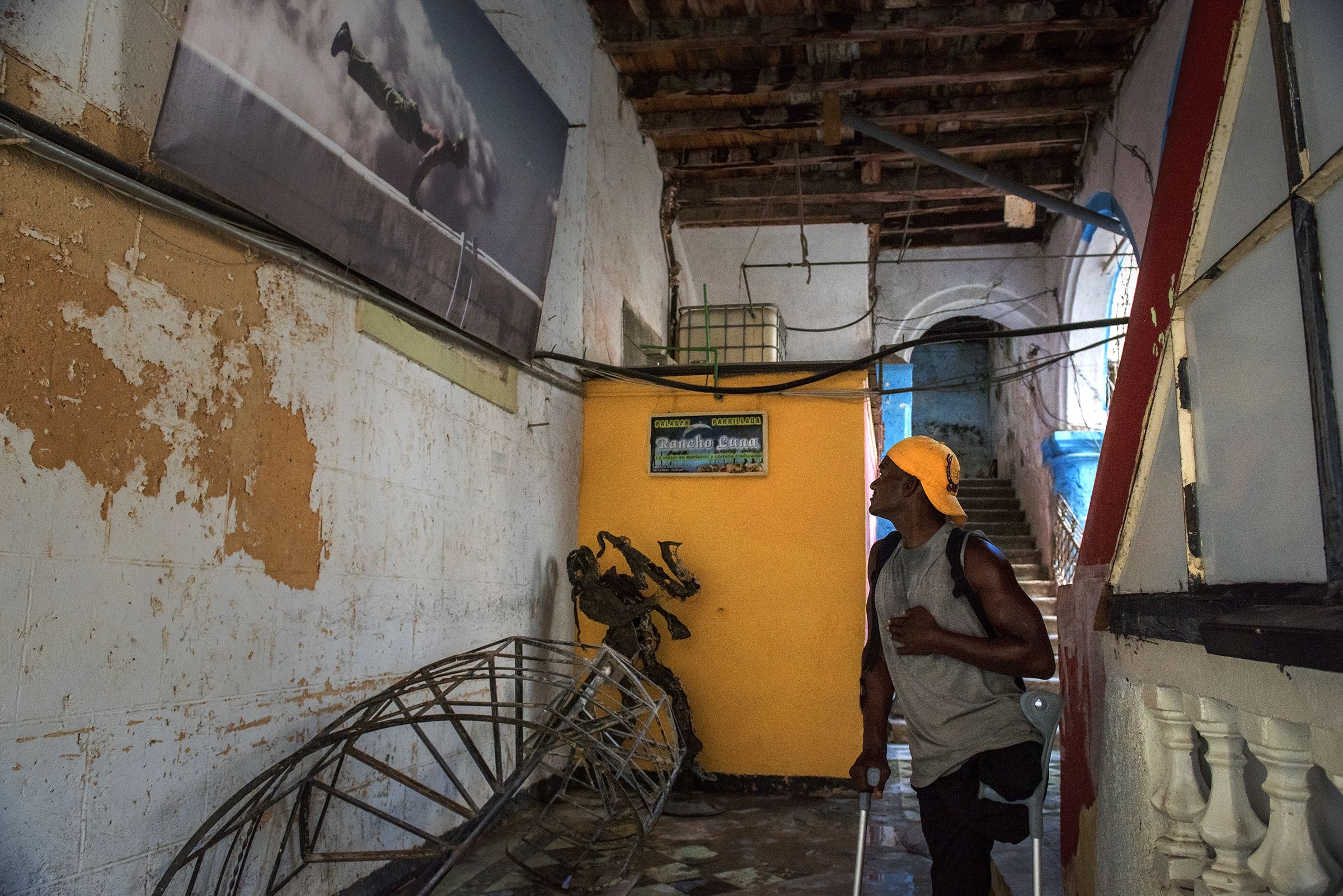 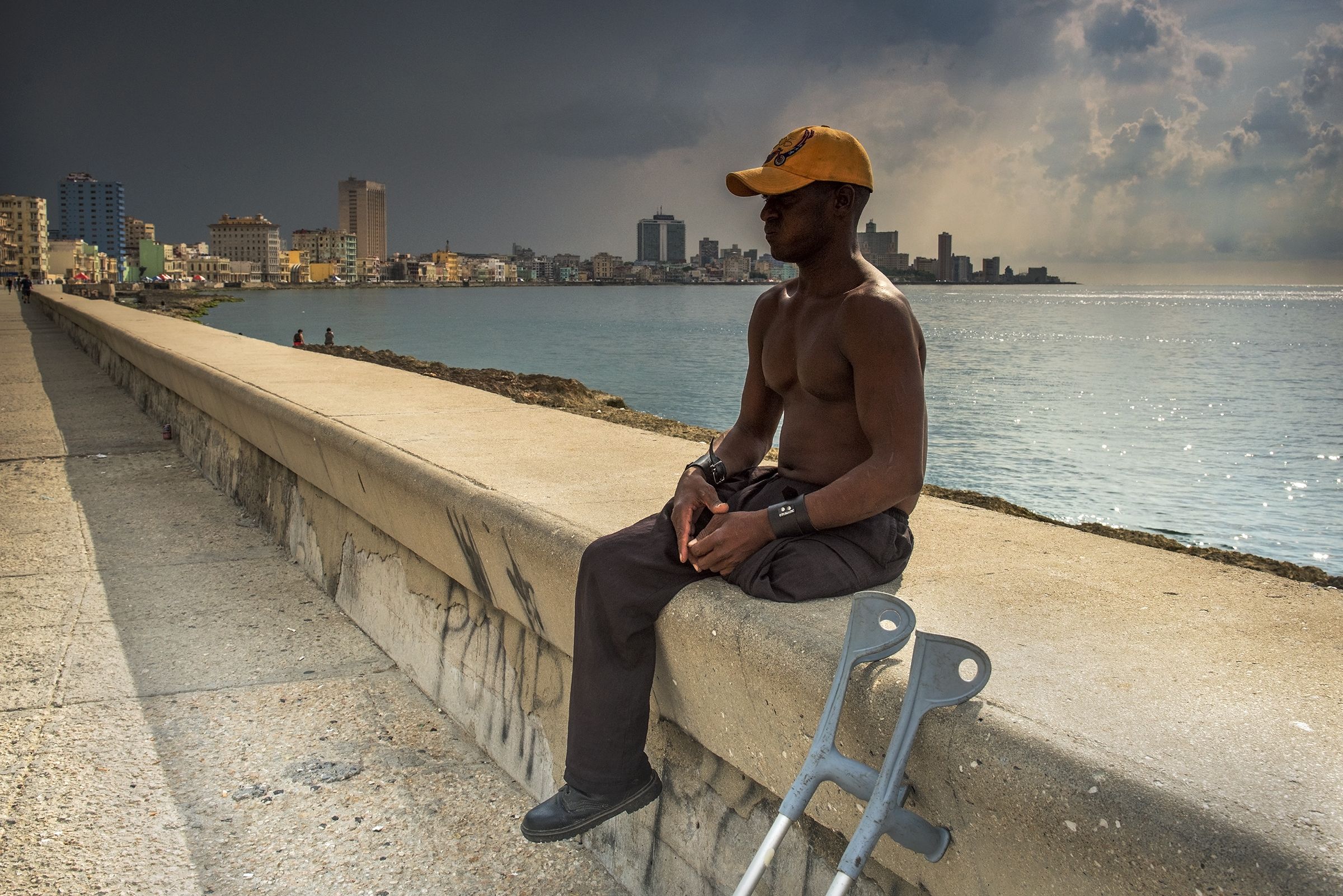 Eraudis Pompi is a homeless one-leg man I met everyday during my 7-day stay in Havana for my first trip to Cuba in June 2018. We could hardly communicate due to language, but still understand each other when I first saw him on Malecon. Unlike other homeless, Pompi never asked for any contribution; instead, we just chat all the time. Other homeless said we are “amigo” - friends. On the last day before heading back home, Pompi took me for a long, four kilo-meter walk in Havana Vieja and I thought it's just a city tour. I worried he’s not able to walk with walker that long, but he refused to stop all time. We ended at the Cathedral Square and he turned into a small alley nearby. Suddenly, a big wall poster came to my eyes when entering an old dim apartment. I realized he meant to show me this poster and to see his old-time glory. Emotion and surprises came up to me because it’s a photo of Pompi in military uniform taken by an another photographer 10 years ago. His leg was amputated during a bomb explosion in the army. We both became silent, and he started to sob, gazing and saluting to his own photo and prayed to God. We decided to re-shoot the same picture at same spot in Malecon in the afternoon. He sat on the bank where someone wrote "Pompi Power" and had a deep breath. Then, put on the wrist guard and ready for the push up. This time, he couldn't perform a perfect pose like he did in the poster as young soldier. At the same night, Pompi refused my contribution to thank for sharing his story, but I insisted. Before saying good-bye, Pompi took his shoe off and show me his right foot with all toes amputated in the same accident. He said it’s a secret that no other homeless know and he thanks God for giving everything. I finally couldn’t hold my tears and gave he a big hug with gratefulness to this homeless man with dignity. I hope one day I can return to Cuba and present all these picture story to Pompi who has no home and no phone contacts.