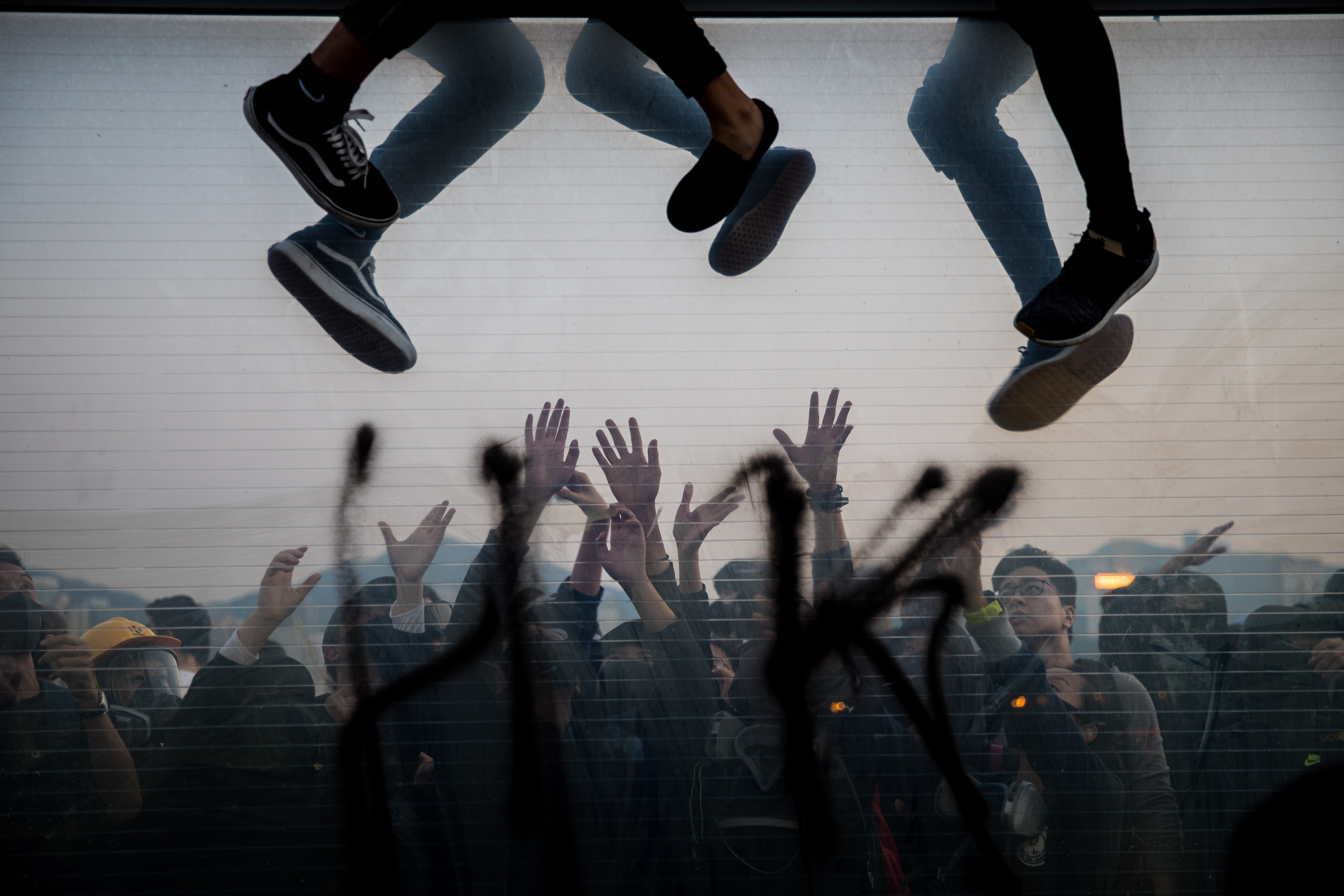 Fleeing protesters climb over a highway barricade to evade an approaching police vehicle while others reach out in support from the other side during a march in Hong Kong on December 1. Hong Kong has been gripped by a series of social unrest as a direct response to the introduction of a now-scrapped extradition bill. As the movement drags on, the tension between protesters and police has gradually taken the center stage of this crisis. Fearing police arrests, protesters have made several epic escapes and triggered a city-wide discussion on police brutality.