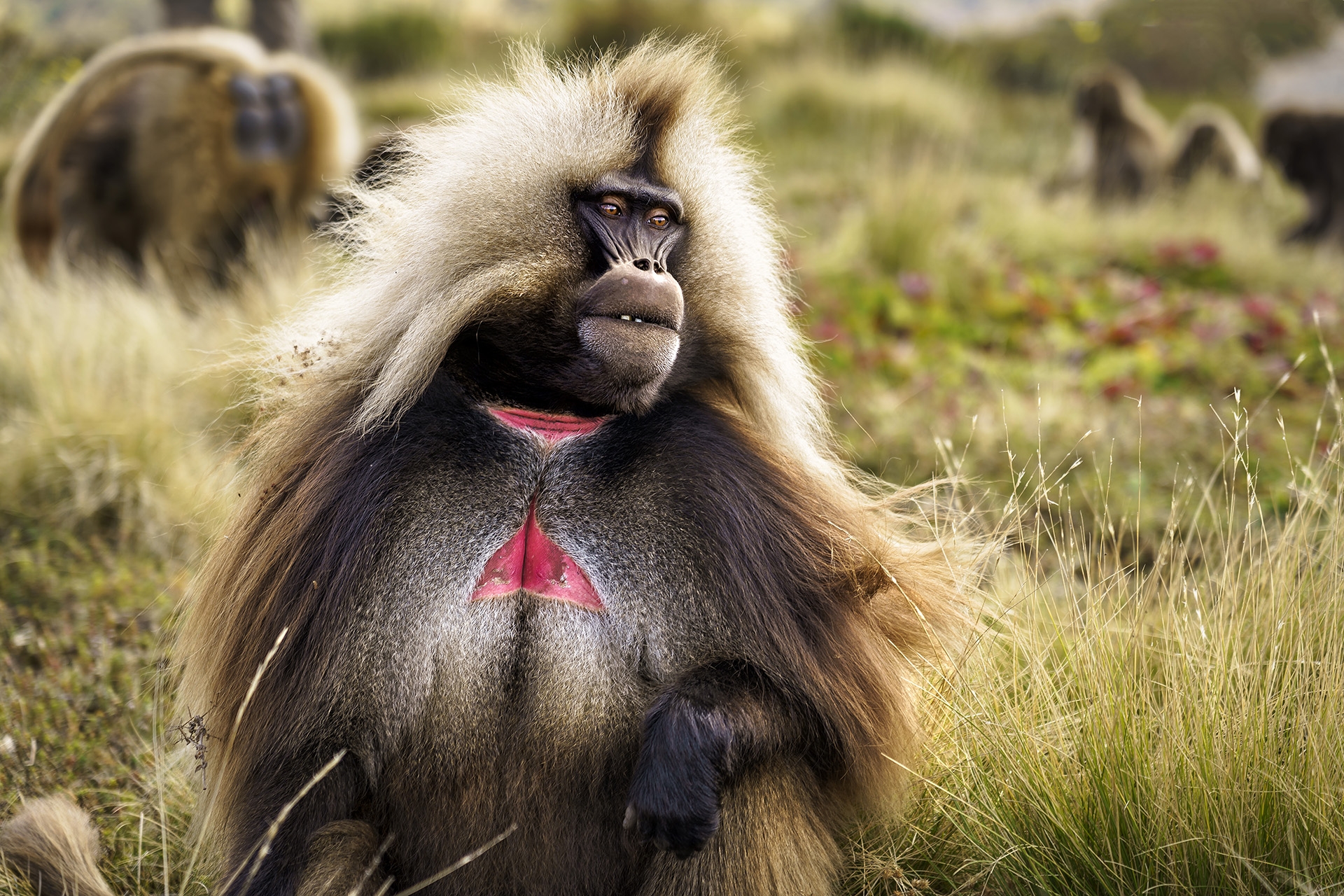 Geladas are visually striking, with burning eyes and leathery complexions. Males have vampiric canines, which they frequently bare at each other, and their golden manes are the stuff of shampoo commercials. "They cry out to be photographed. The monkeys spend hours socializing within their harems. Found only in Ethiopia, this iconic species is a big tourism draw for Simien Mountains National Park 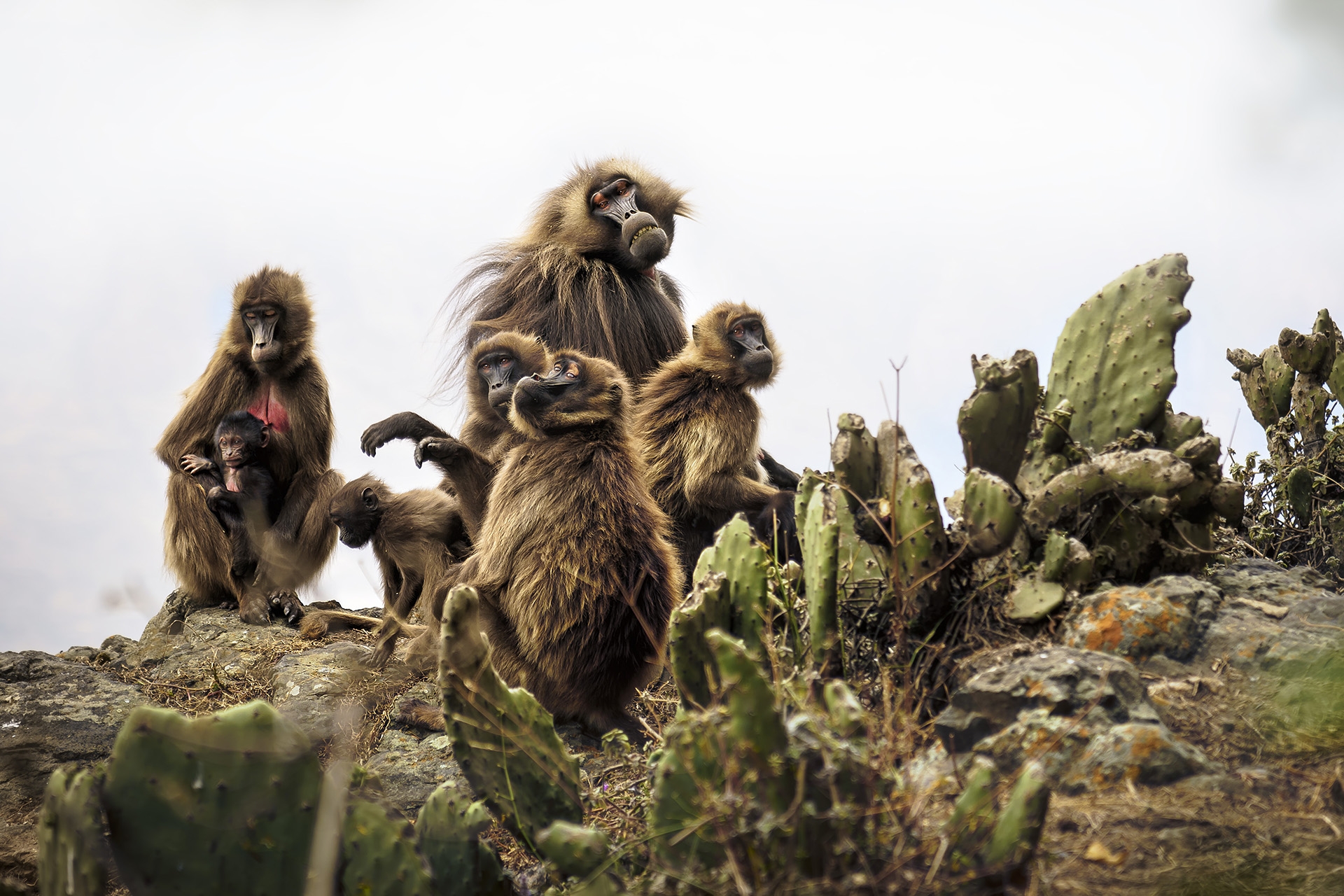 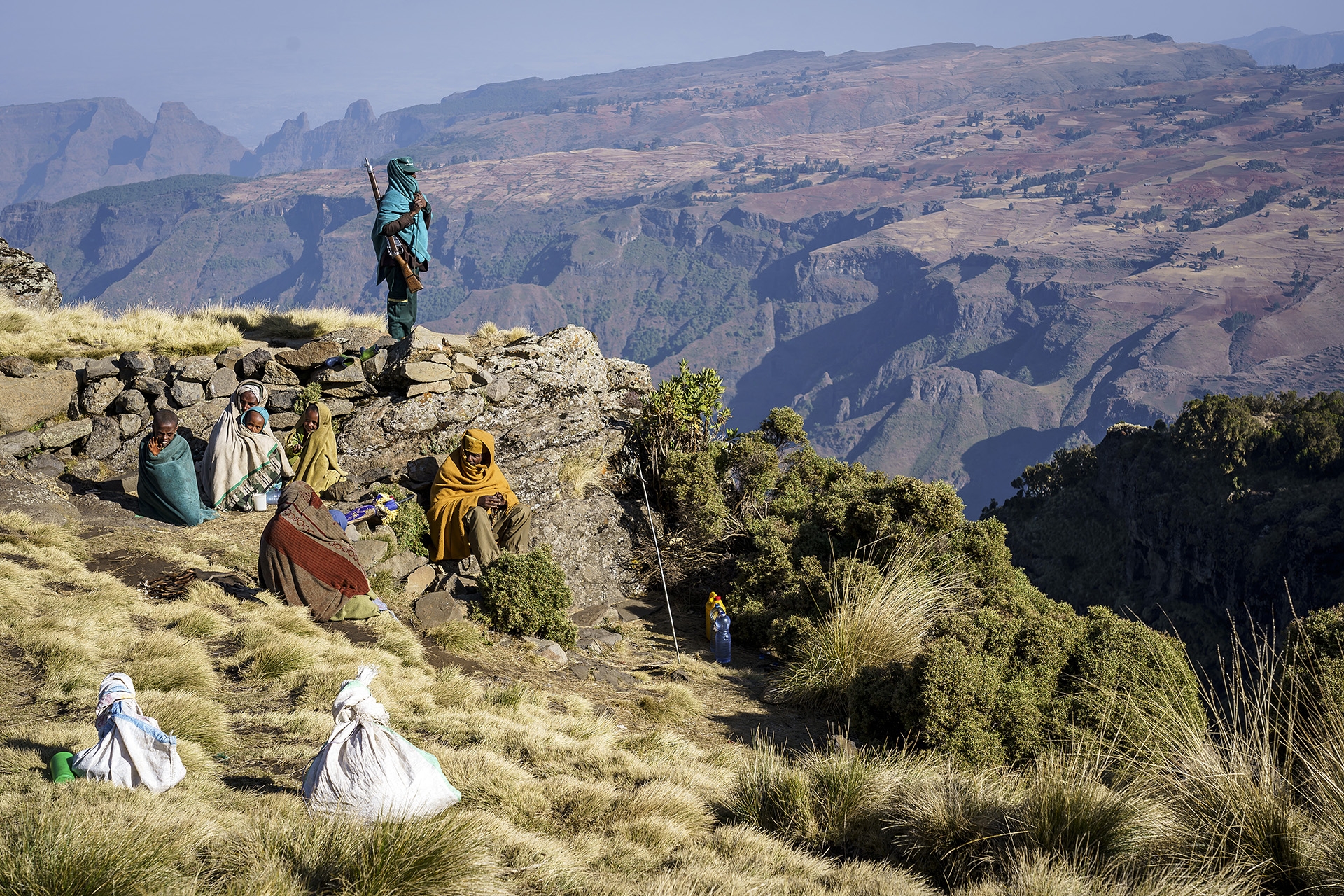 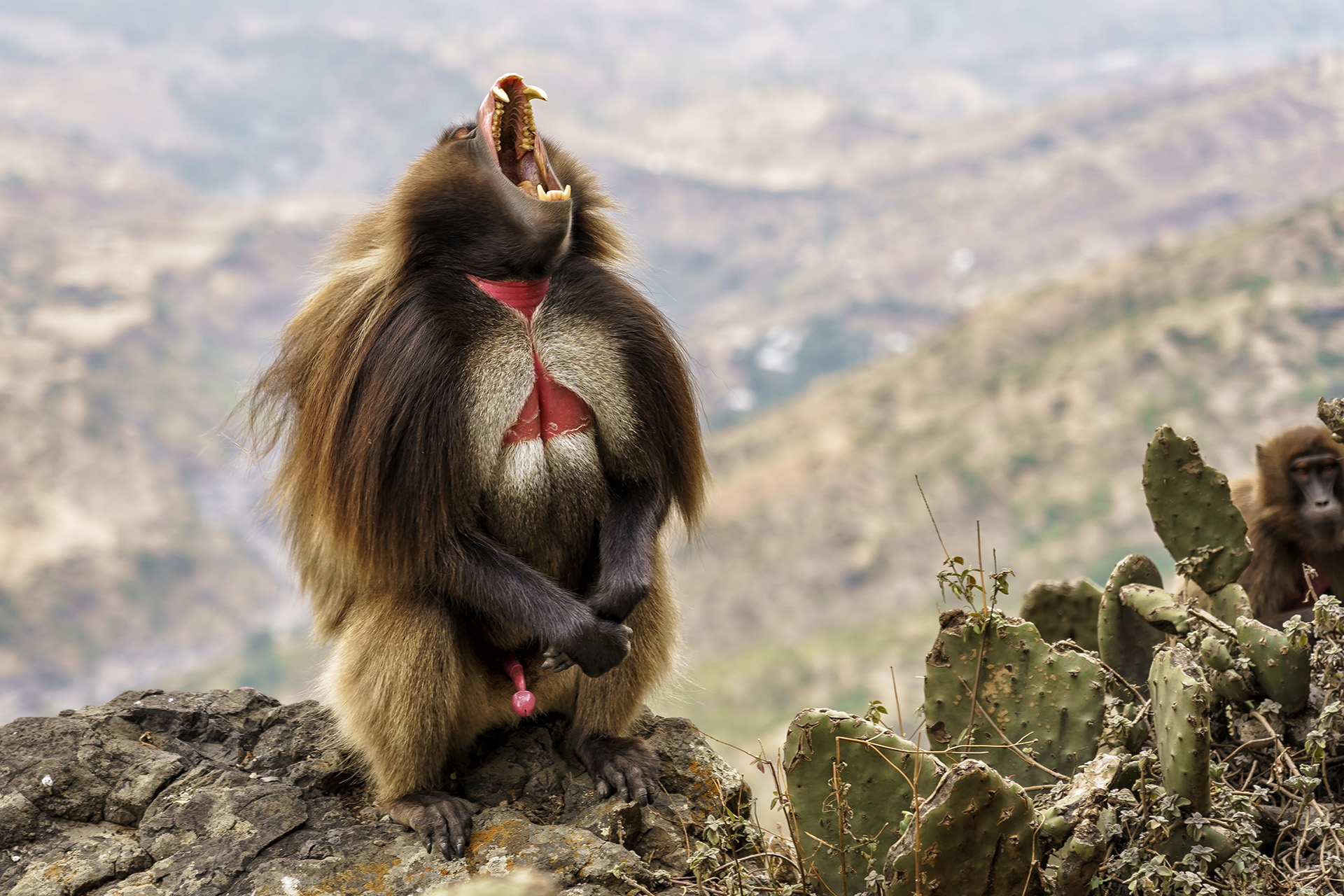 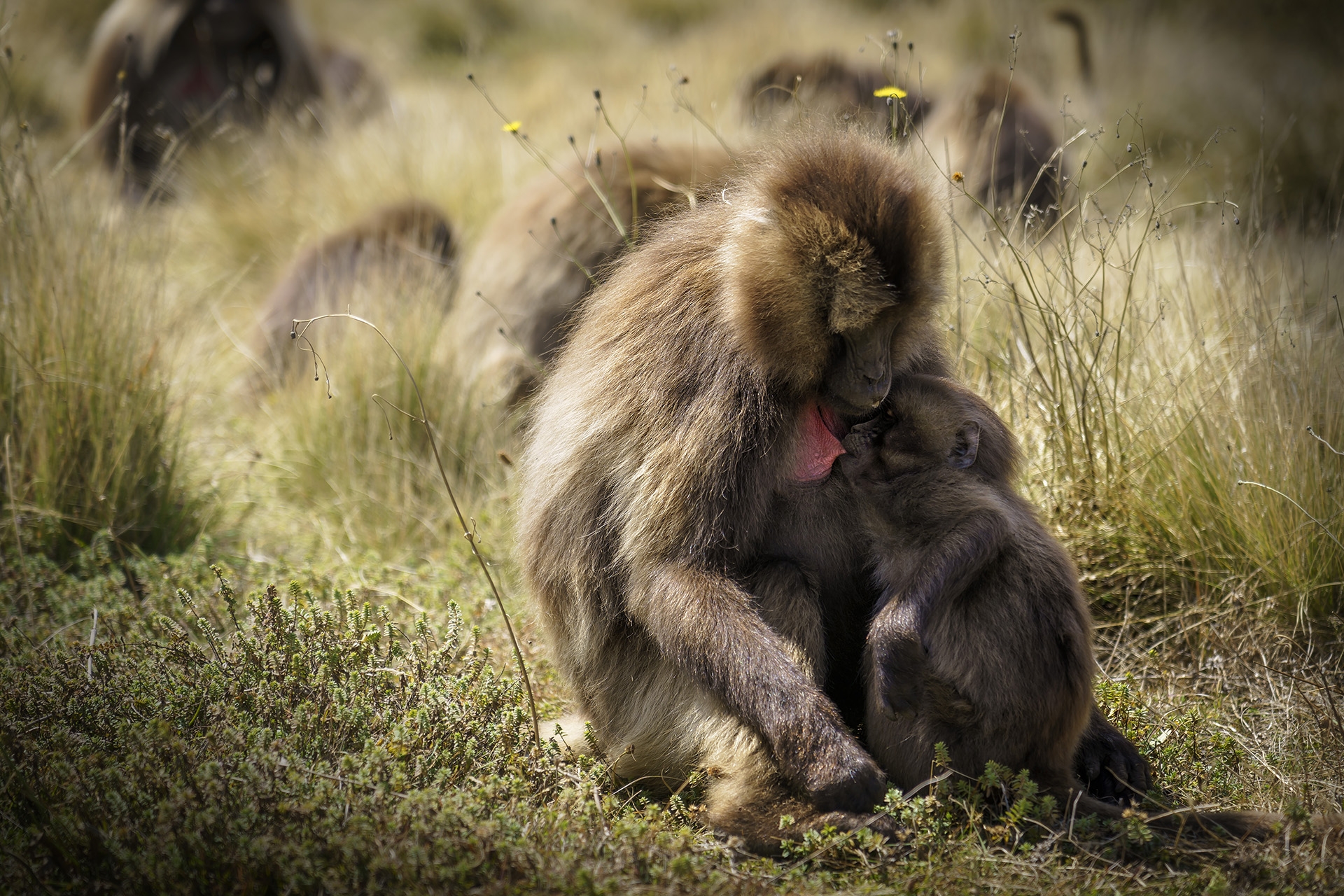 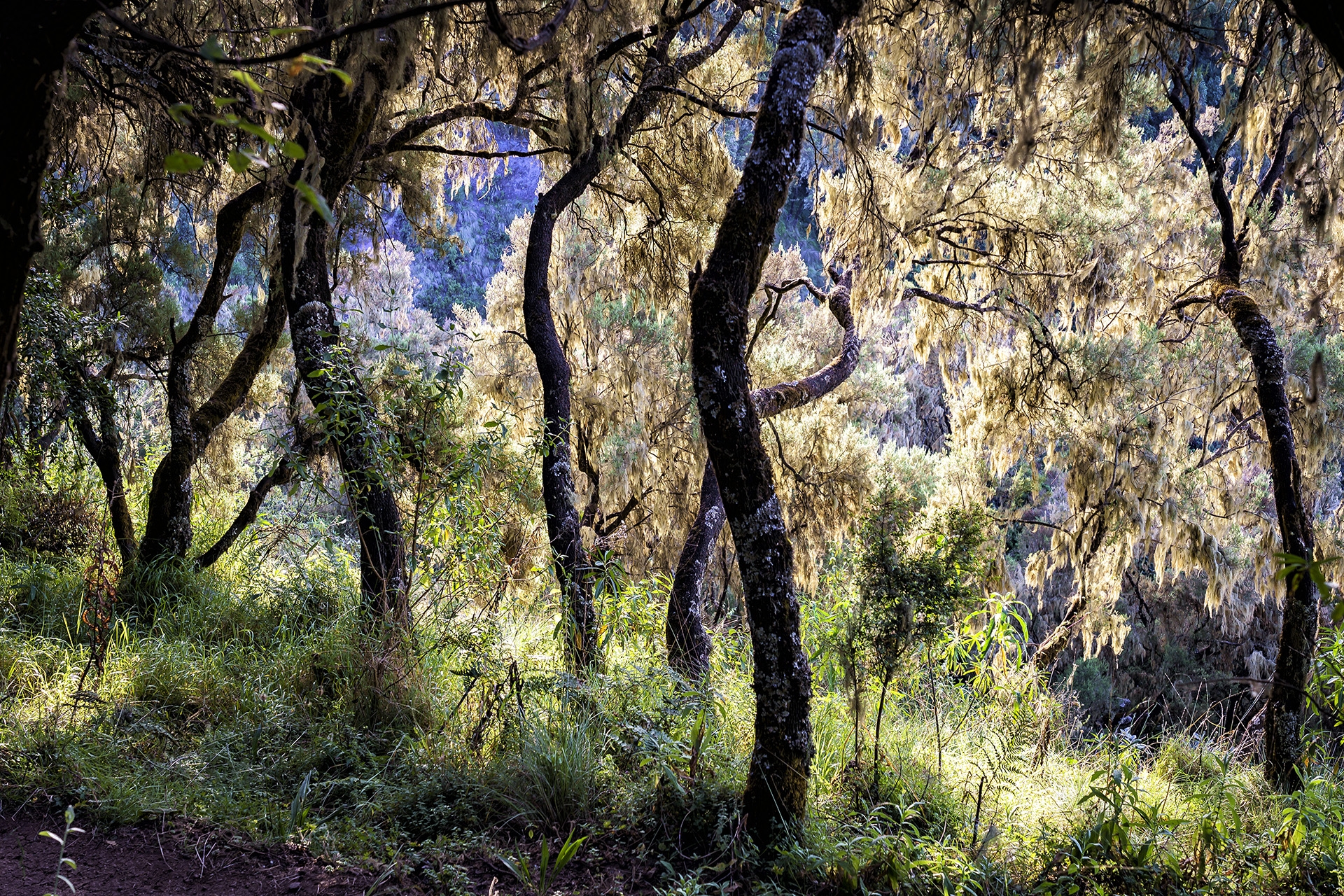 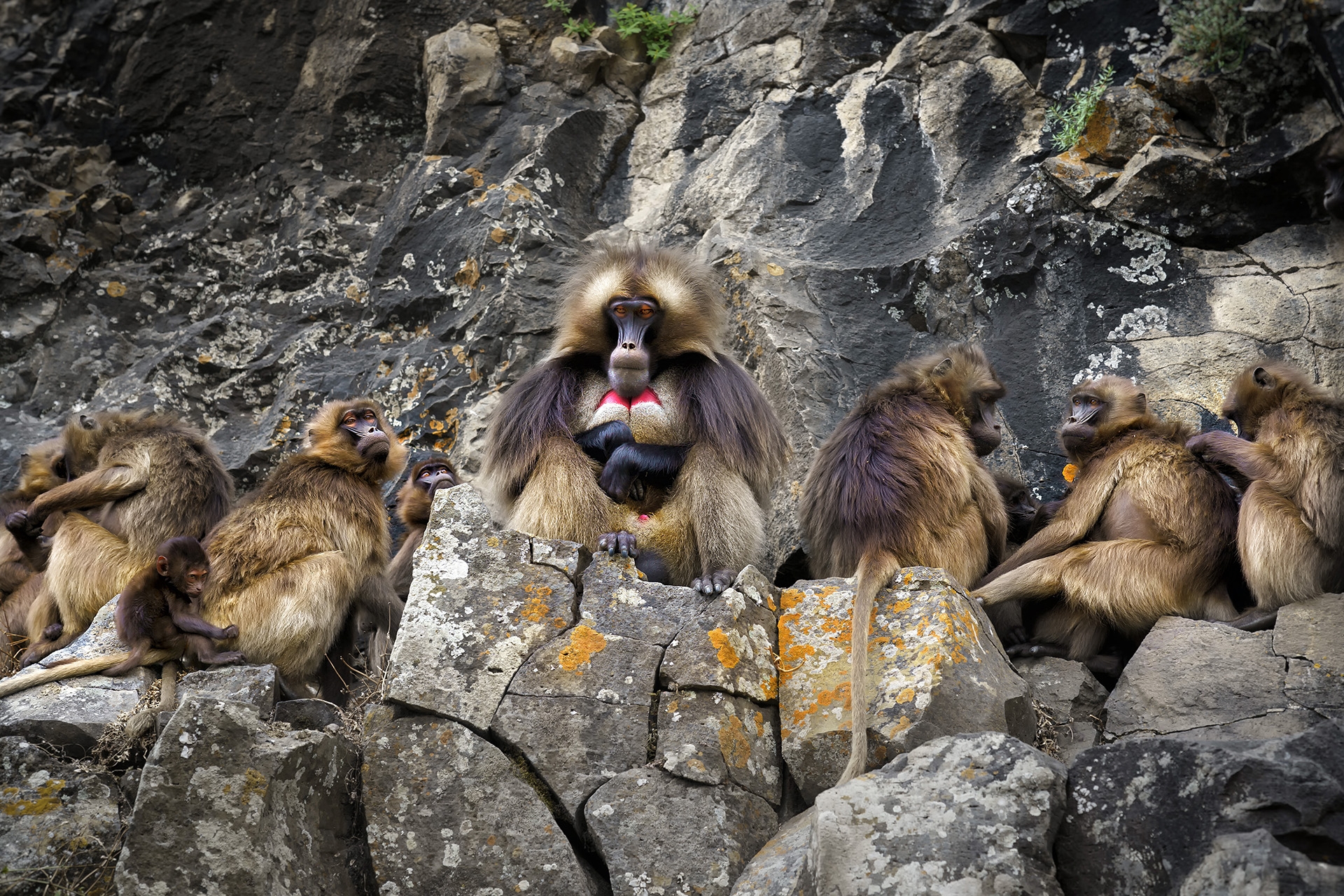 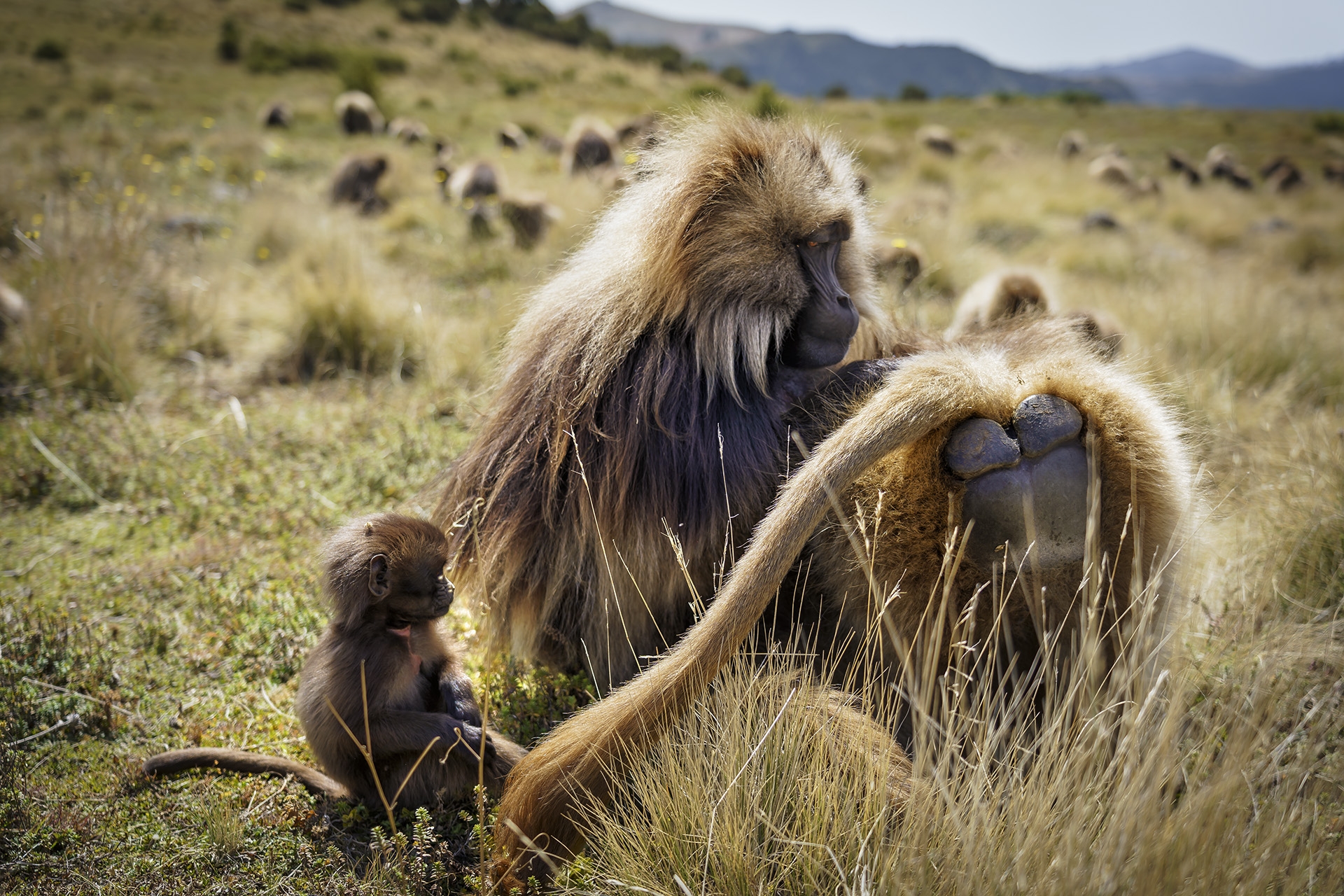 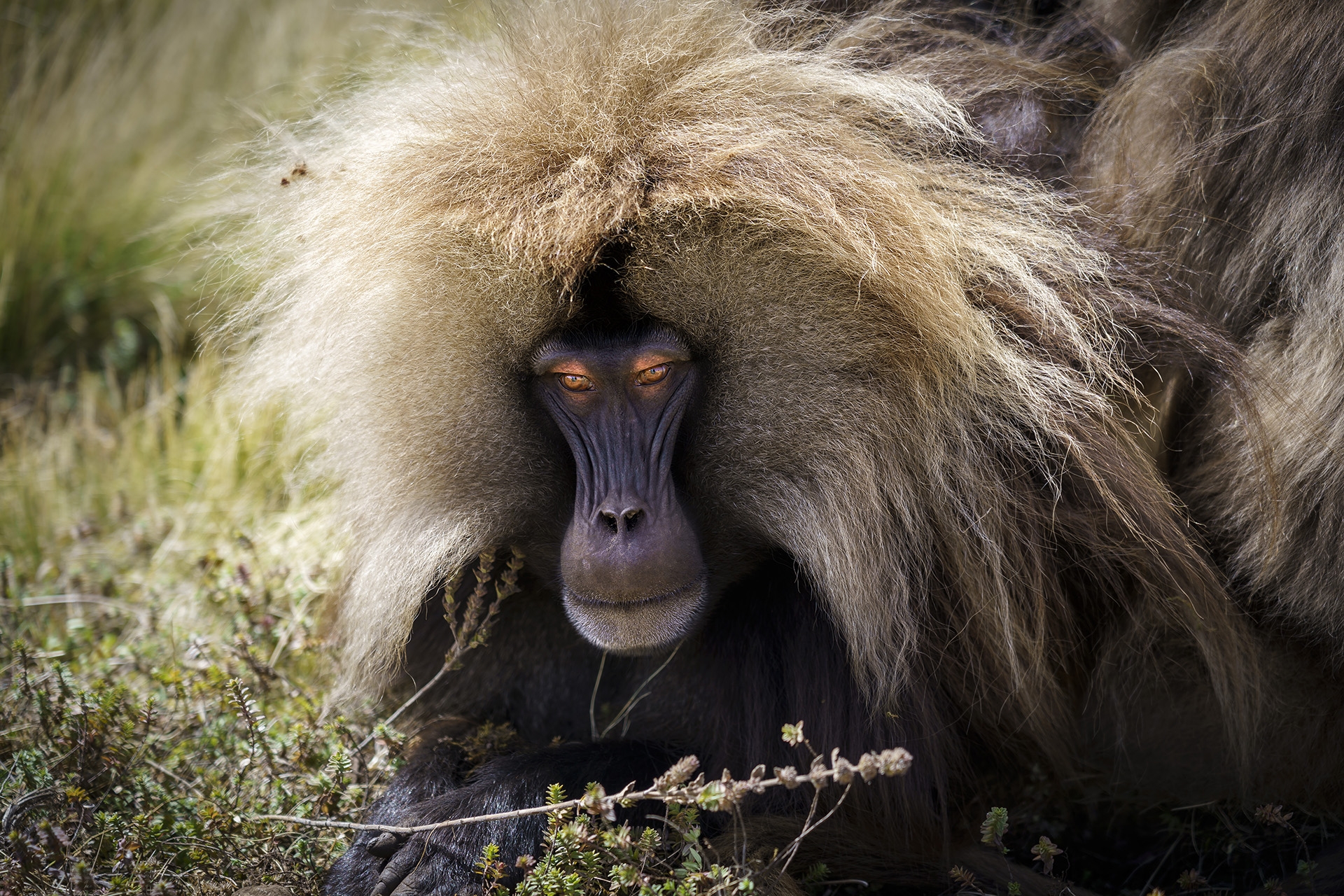 When the mist guards its veil of mystery and the sun raises its face, on the cliffs of the Simien Mountains, the clan of the Geladas Baboons is launched. The Simien Mountains (4500m) are in northern Ethiopia, near the mythical kingdom of Axum where the true Ark of the Covenant is believed to have been deposited. Its landscape is as steep as it is spectacular, gorges, valleys, cliffs, pinnacles and bearded trees covered in lichens. In this dramatic setting the kingdom of the geladas sits. These primates live in social groups and are endemic to the highlands of Ethiopia. This means that they only live here and, like man, they are not tree-based primates but terrestrial ones. Their day runs in the highland meadows where they feed exclusively on grass and roots. At night when the cold rises and the hyenas lurk, they have to hang on the steep walls of the basaltic precipices. Accompanied by guides armed with their Kalashnikovs, the encounter with the pack leaves you breathless. Being hand-to-hand with the gaze of a male hypnotizes you. Impressive royal mane, a scarlet hourglass chest and intimidating fangs greet you in an appreciatively peaceful way. The kingdom of the geladas is compromised by the usurpation of its habitat and by climate change. The local population also has to survive in this very hostile environment and they conflict over the territory. Often the fields of teff, a staple cereal in the diet of Ethiopians, are assaulted by the geladas. In a poor country, life for people and geladas is kept in a fragile balance of survival.