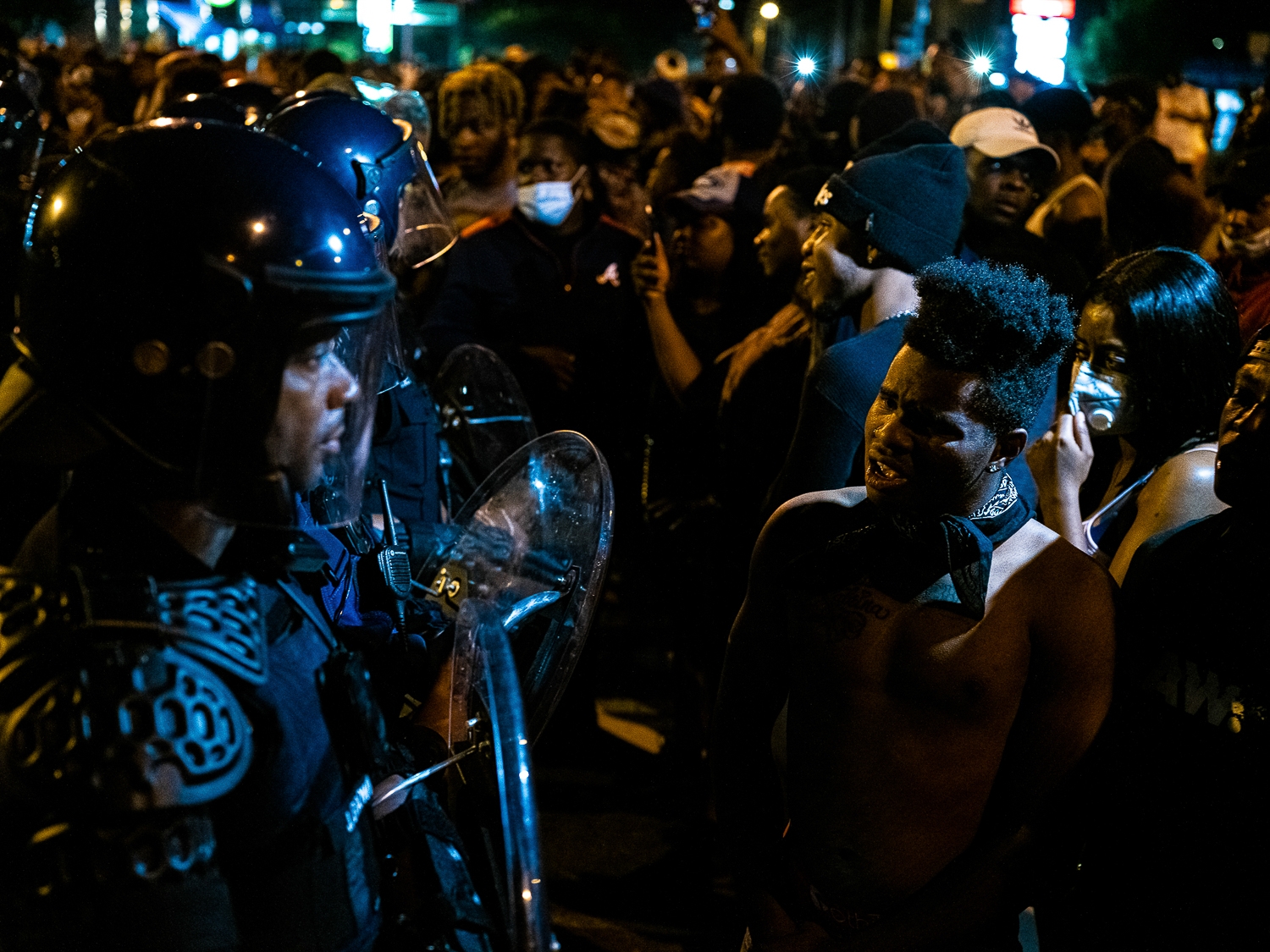 Joshua Rashaad McFadden documents the social unrest following the police murders of unarmed Black men in the United States. The enclosed images are samples of the photographic series, shedding light on both citizens and events taking place during heated protests in Minneapolis, Minnesota, and Atlanta, Georgia. The simultaneous threat of the global pandemic creates a genre of demonstrations unlike any other in history. 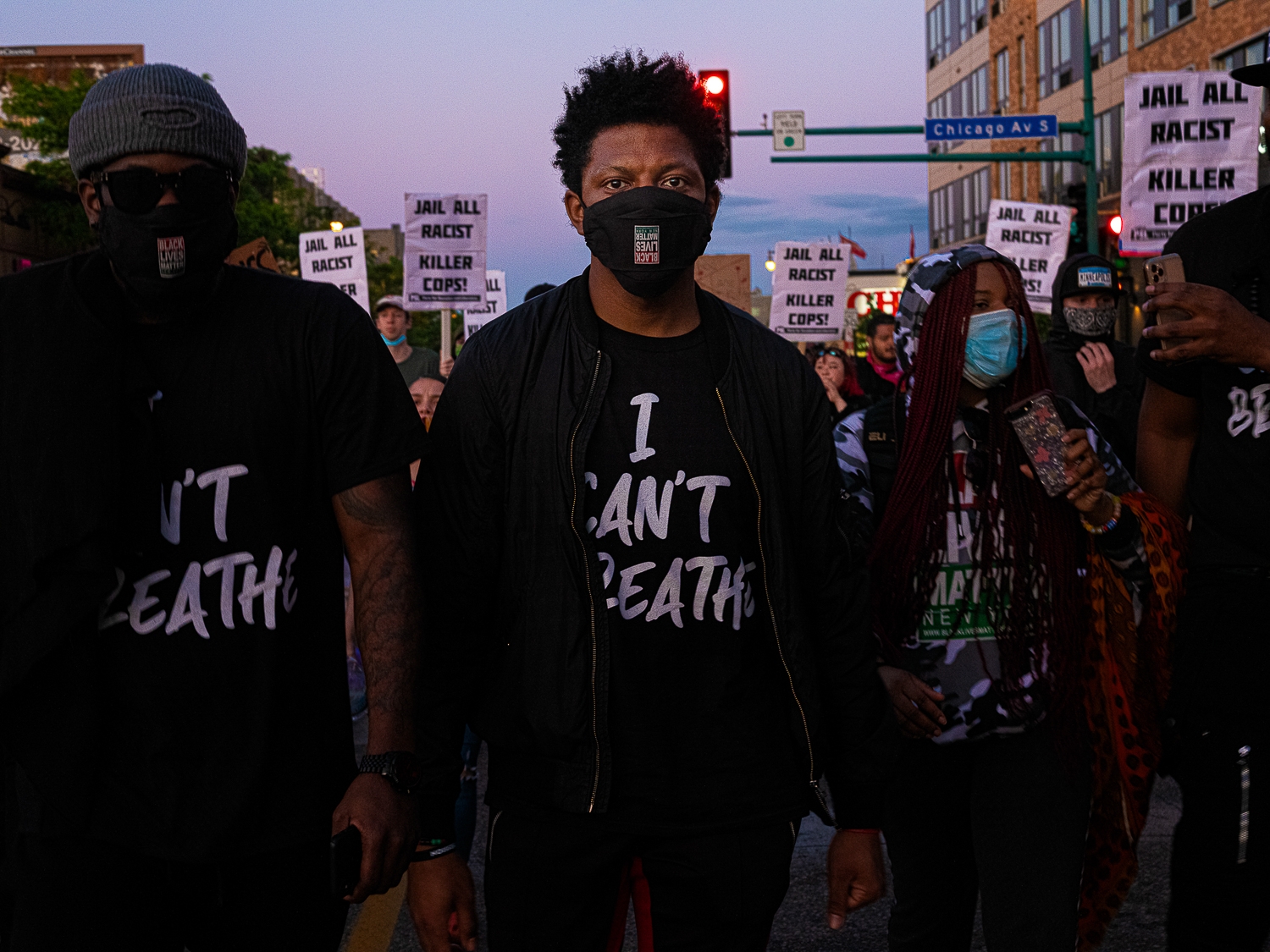 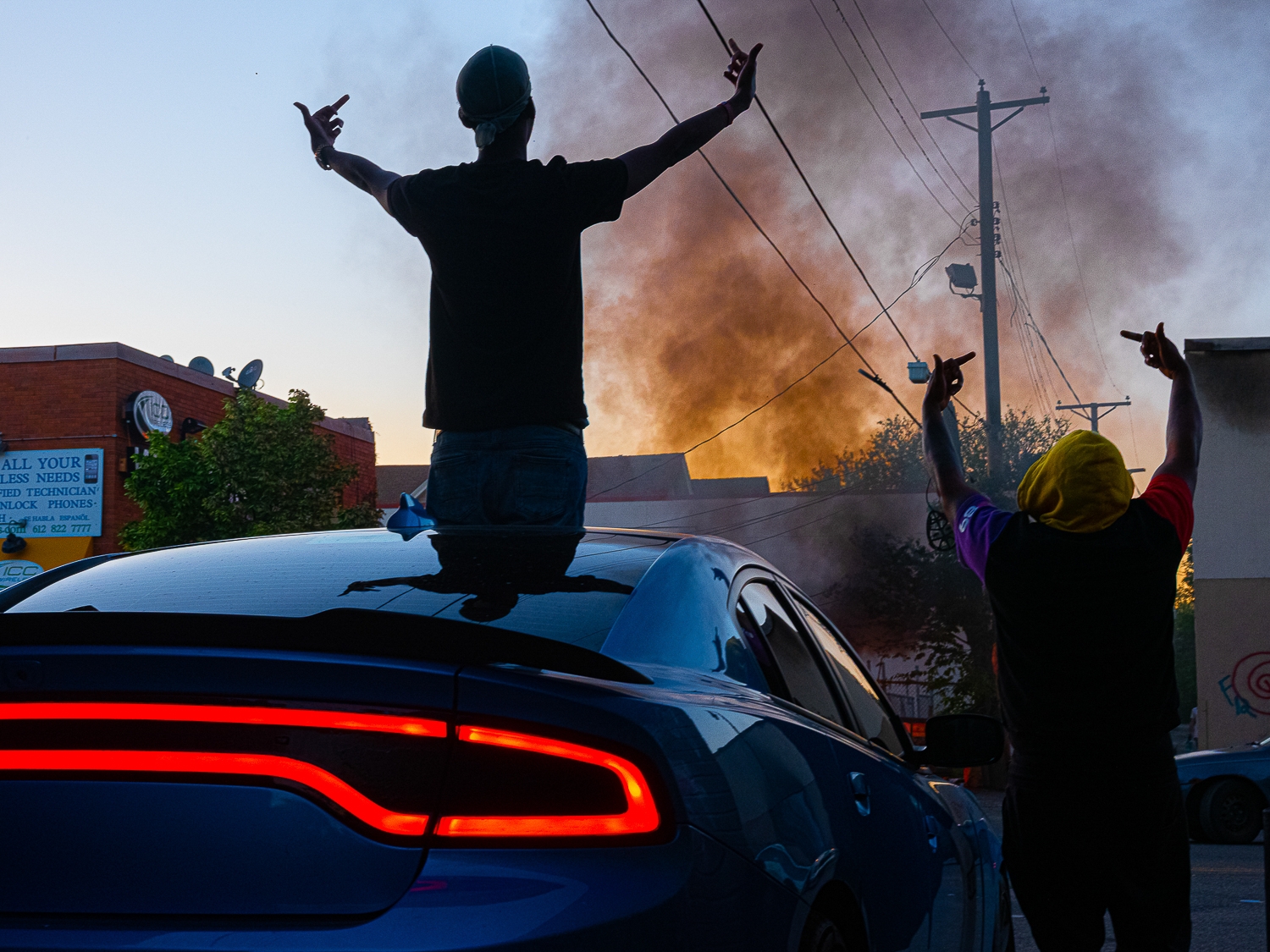 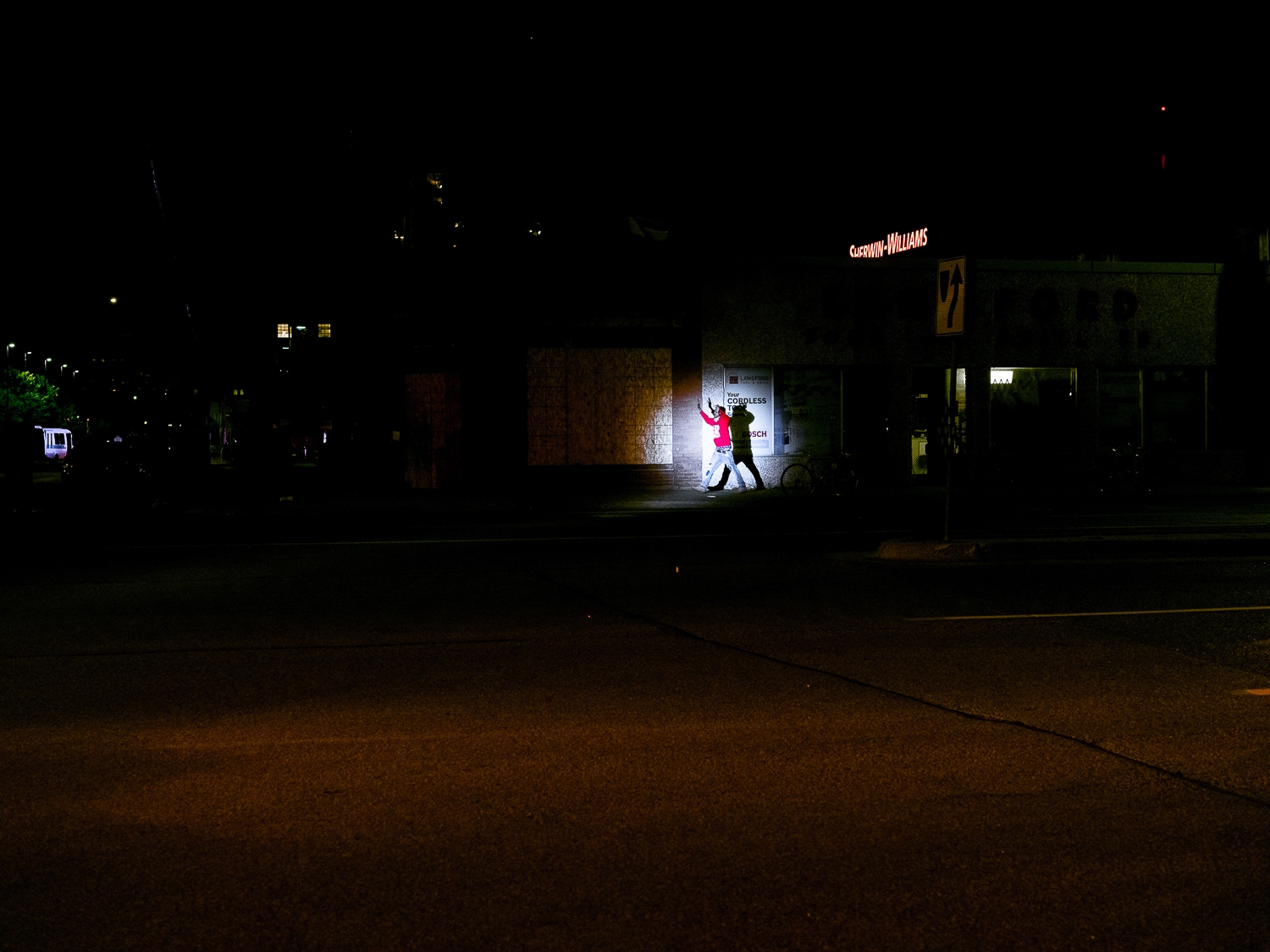 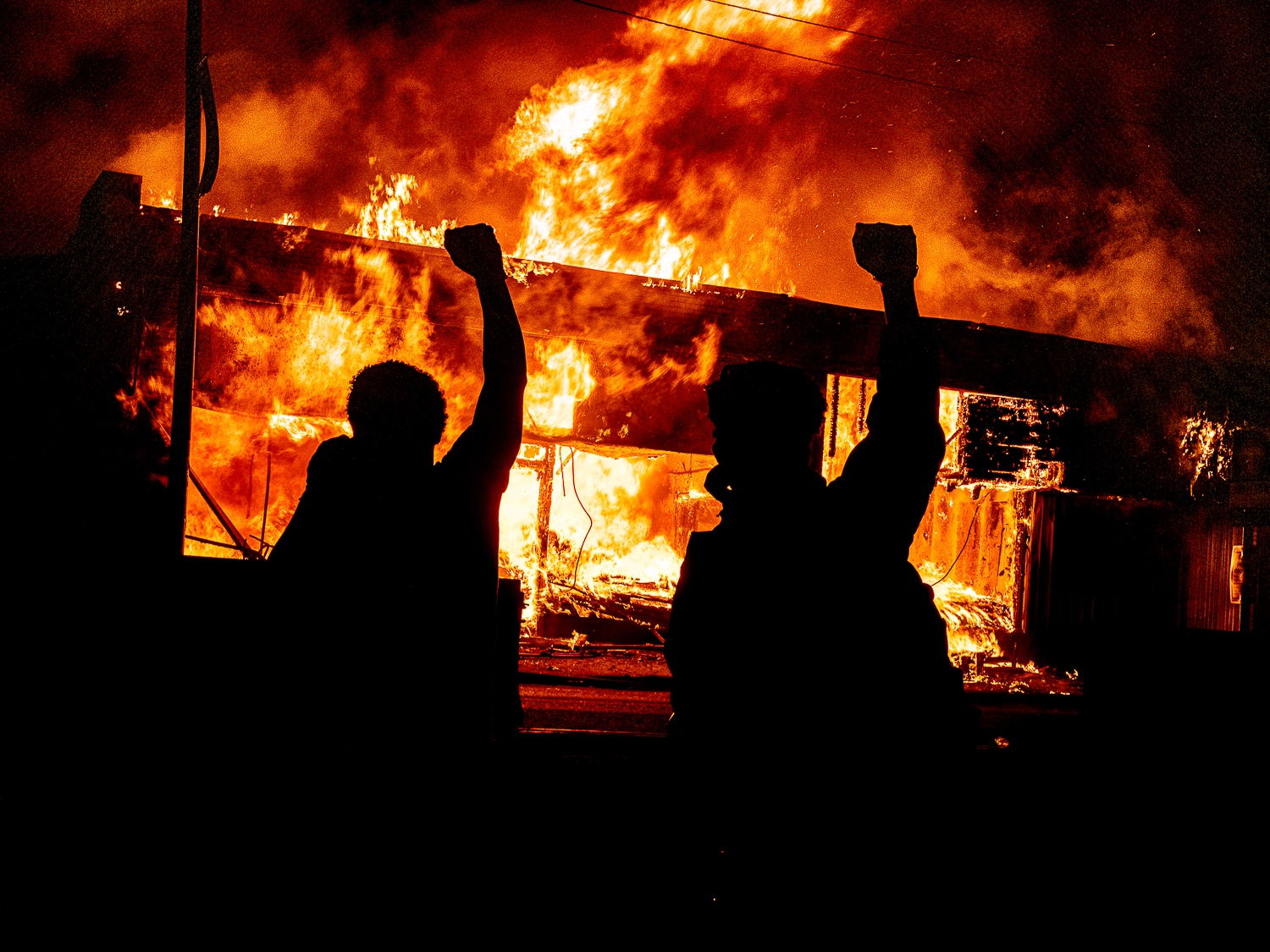 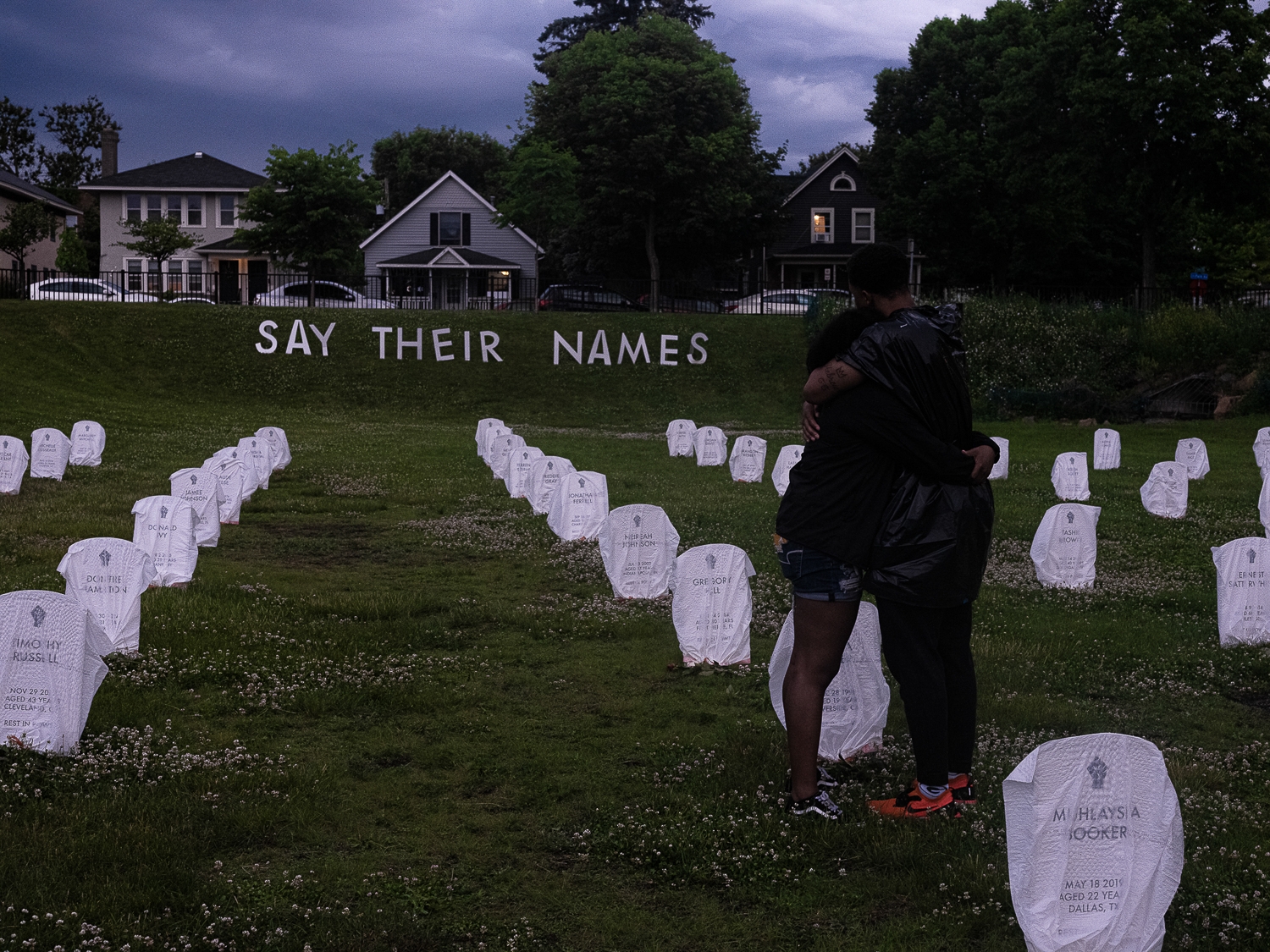 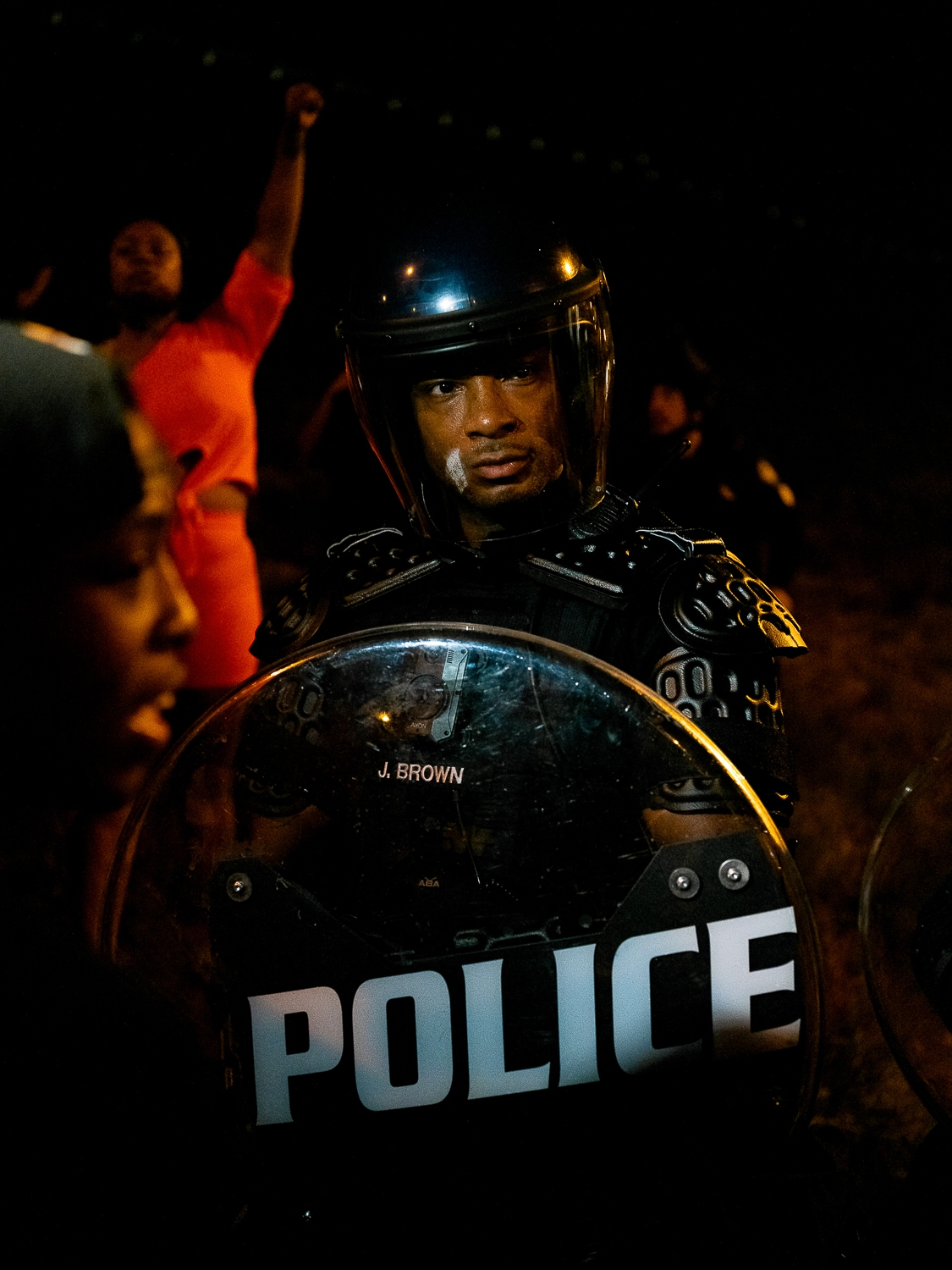 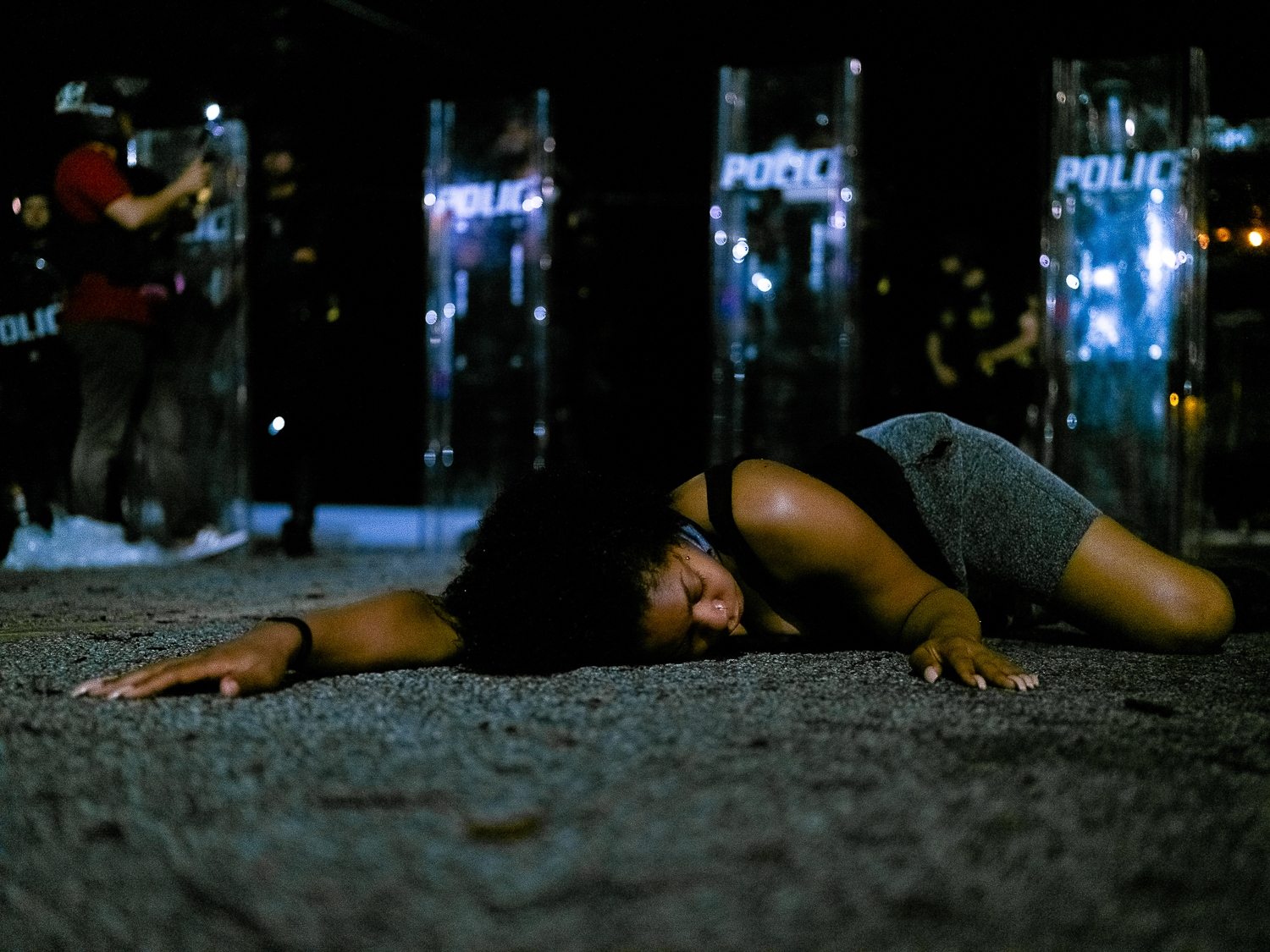 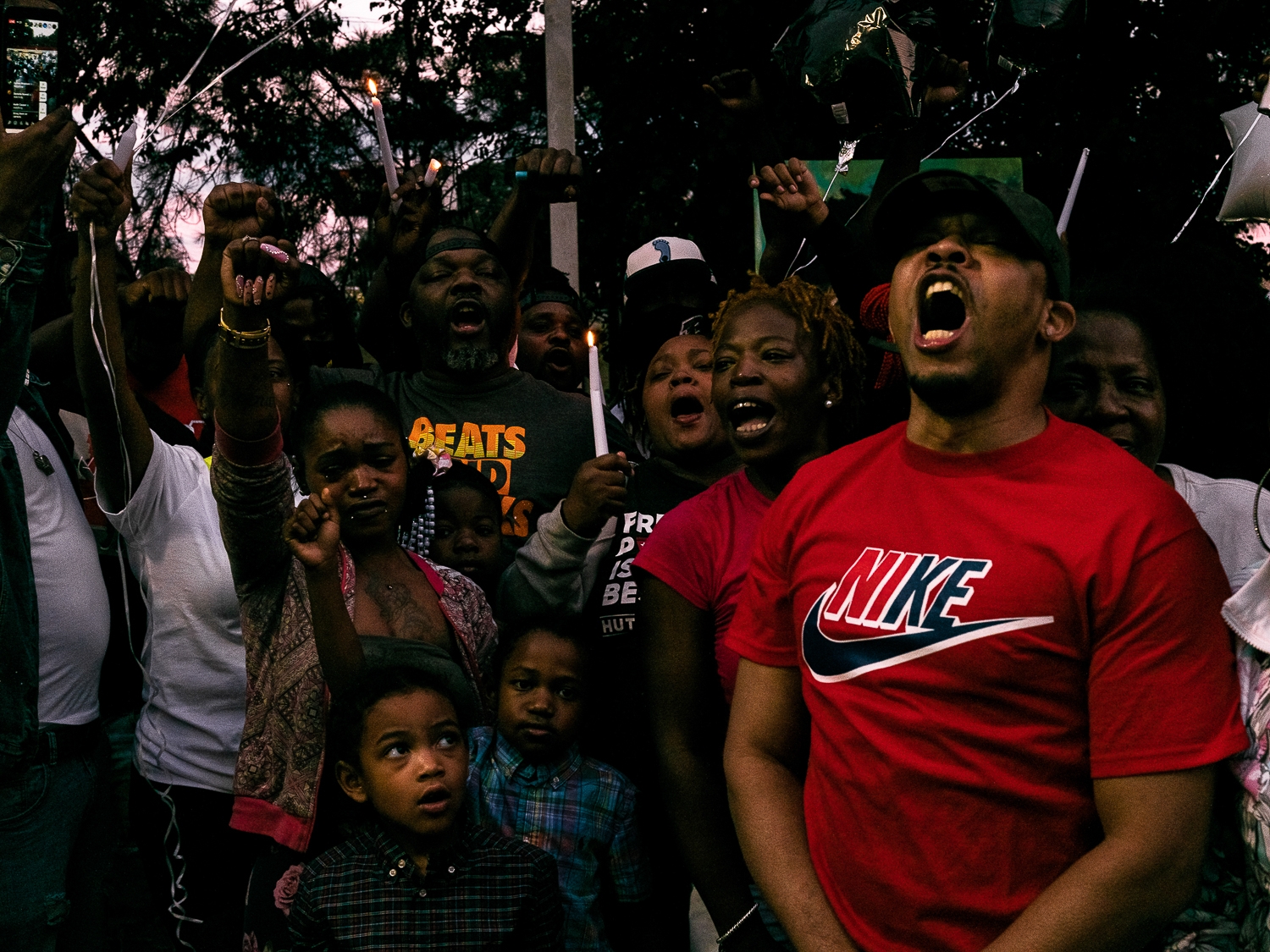 The reality of the Black experience in America has fallen short of what the Constitution of these United States suggests. The blatant disregard of the Black body is not a novel occurrence, but has been made more prevalent with the barrage of video coverage over recent years, deepening the understanding of how race relations in the U.S. continue to disproportionately affect African-Americans in a multitude of contexts. Unique to this generation is the double pandemic. While a new strand of the coronavirus, COVID-19, ravages across the globe claiming hundreds of thousands of lives, Blacks in America are also protesting to fight the effects of systemic racism that claim both their lives and livelihoods to an even deeper degree. The core of national unrest can be found in the cities of Minneapolis, Minnesota, and Atlanta, Georgia. Each location respectively houses the final resting places of George Floyd and Rayshard Brooks, two Black men whose lives were taken as a result of police brutality. This photographic series captures the intense moments within the Black community as back-to-back tragedies spurred passionate demonstrations. Protests in the midst of a pandemic, though dangerous, was an action deemed a last resort for so many Blacks who felt frustrated and hopeless. The memorial site of George Floyd was populated with mourners in peaceful rallies during the day, while war-like scenes of fires, tear gas, rubber bullets, and smoke erupted between citizens and local law enforcement during the night. Outrage over Brooks’ death was met with mirrored responses. Blacks are at a greater risk than any other racial demographic to contract and die from COVID-19, and yet history has proven that the greatest threat to Black Americans is systemic racism and the byproducts thereof. Protestors’ willingness to demonstrate under these health risks speaks to how dire a message they have to relay to America and the powers that be.