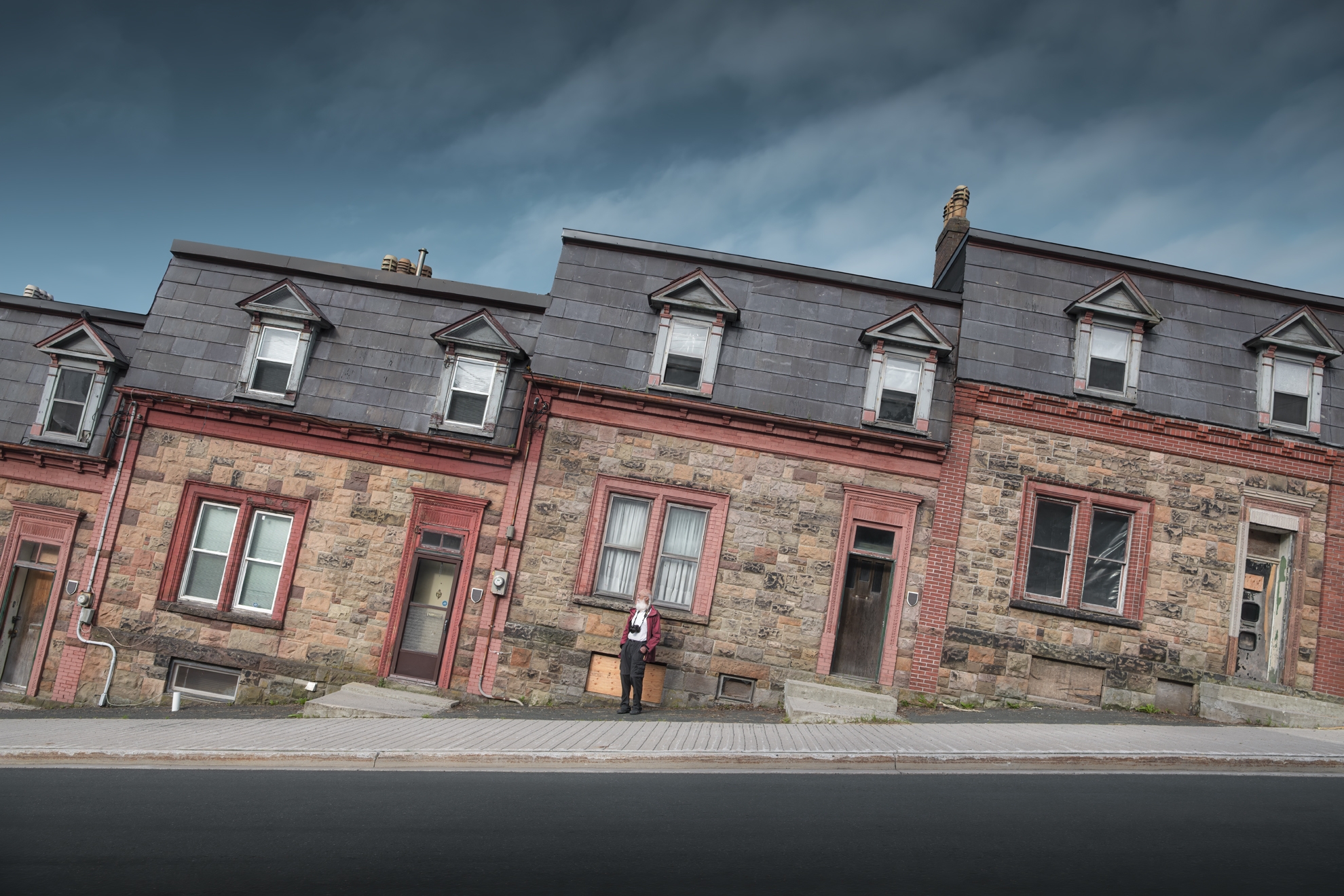 The Four Sisters in St. John’s are a series of 3-storey, stone row houses. They were built in the late 19th century by Samuel Garrett, a prominent Newfoundland stonemason, as wedding gifts for his four daughters. The Four Sisters are designated as Registered Heritage Structures by the Heritage Foundation of Newfoundland and Labrador in 1988. They are built on a steep hill down toward St. John's Harbour, that is why if you make the ground horizontal, the houses will look tilting. Thank my friend Robert Tilley for posing as a reference to show how big the houses are.