Made in the Shade 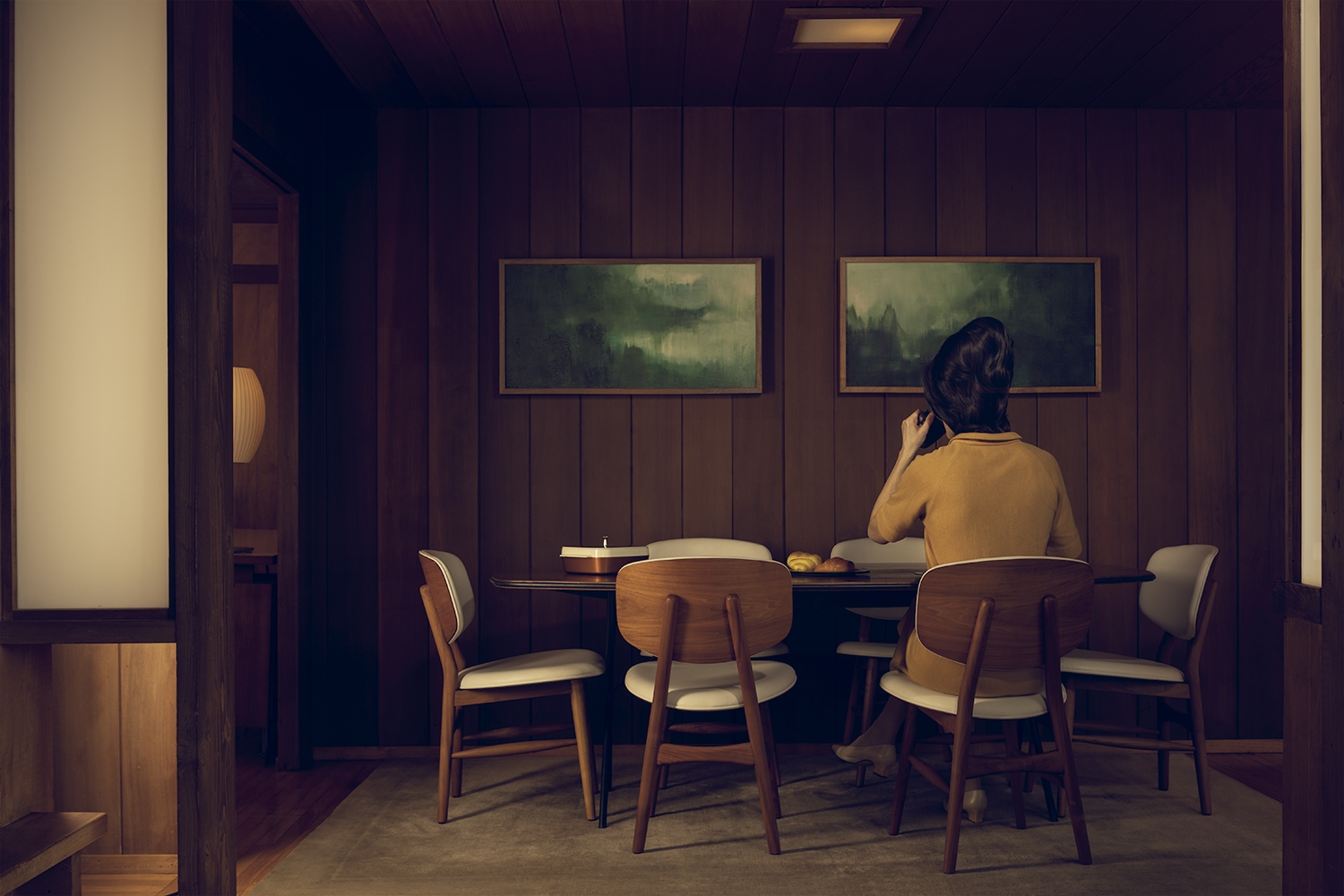 Through a mise-en-scene self-portraiture series, Made In The Shade depicts characters in Mid Century Modern settings, mirroring an era that was aspiring for change. The carefully staged scenes offer a powerful lens through which the viewer contemplates these women in a non-objectified way and reconfigures their essence. The absence of context gives these characters the power to be architects, scientists, musicians, engineers, doctors, etc.; roles often identified as being fulfilled by men. Through a female gaze, the work questions how society shapes human beliefs and ideologies. 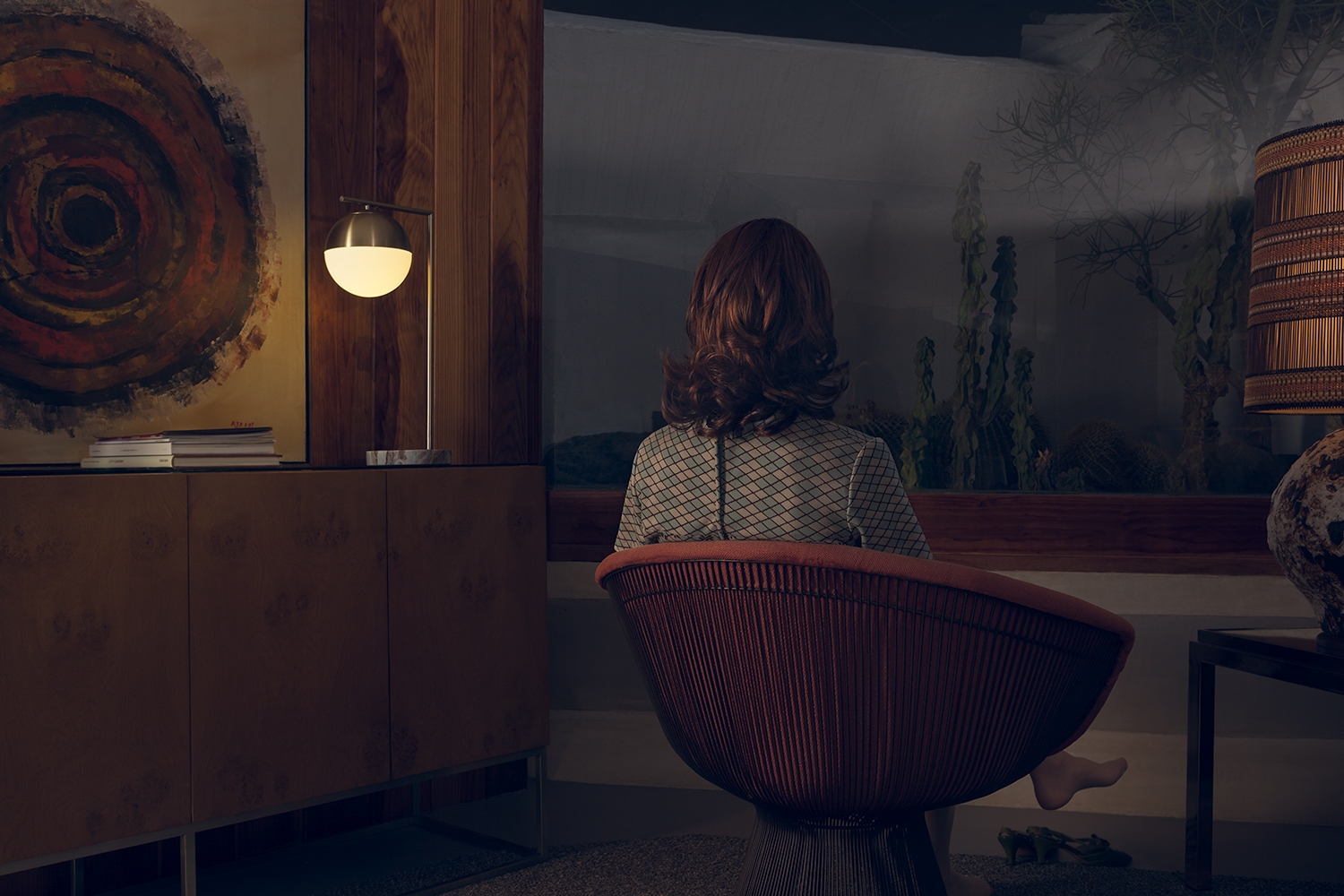 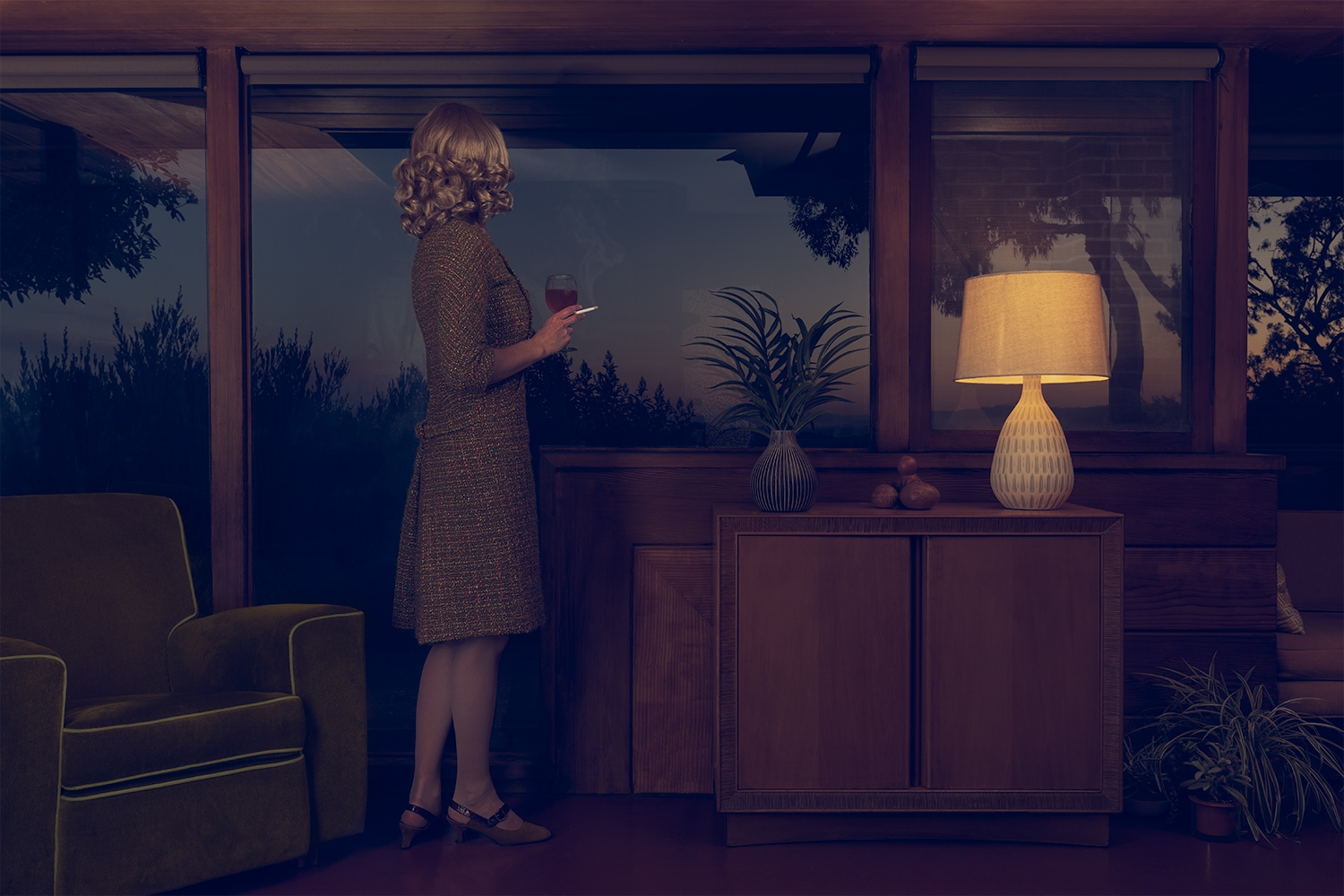 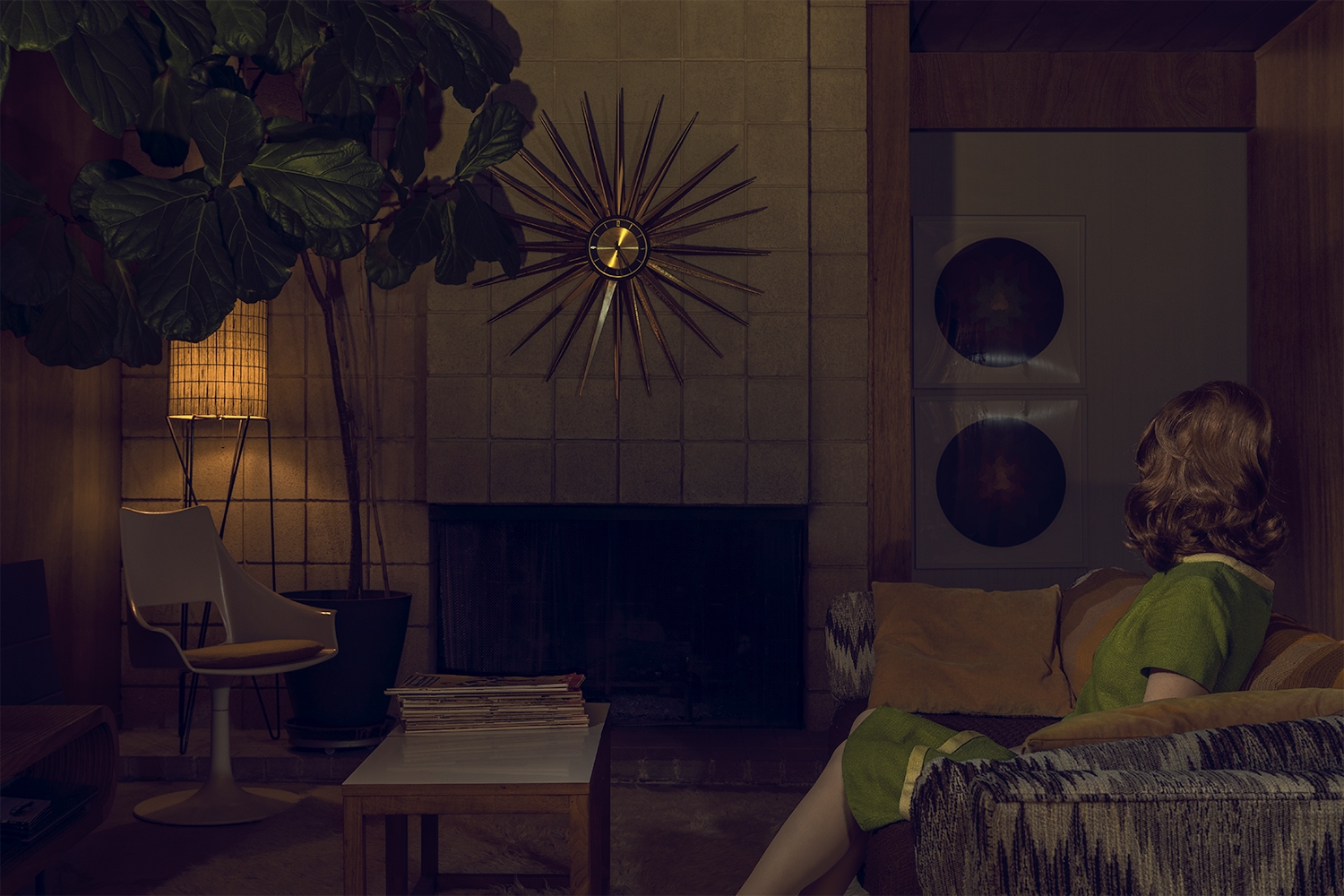 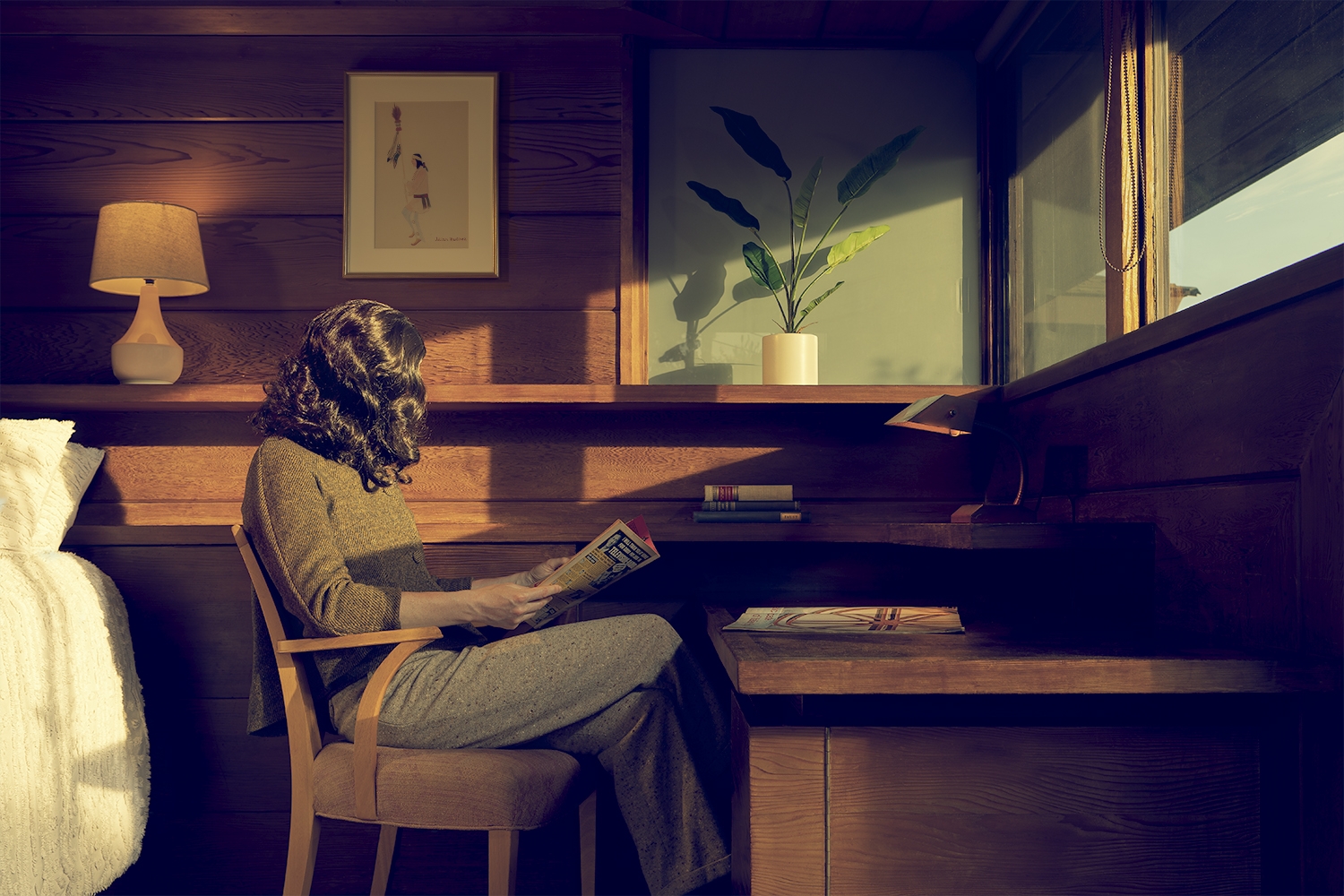 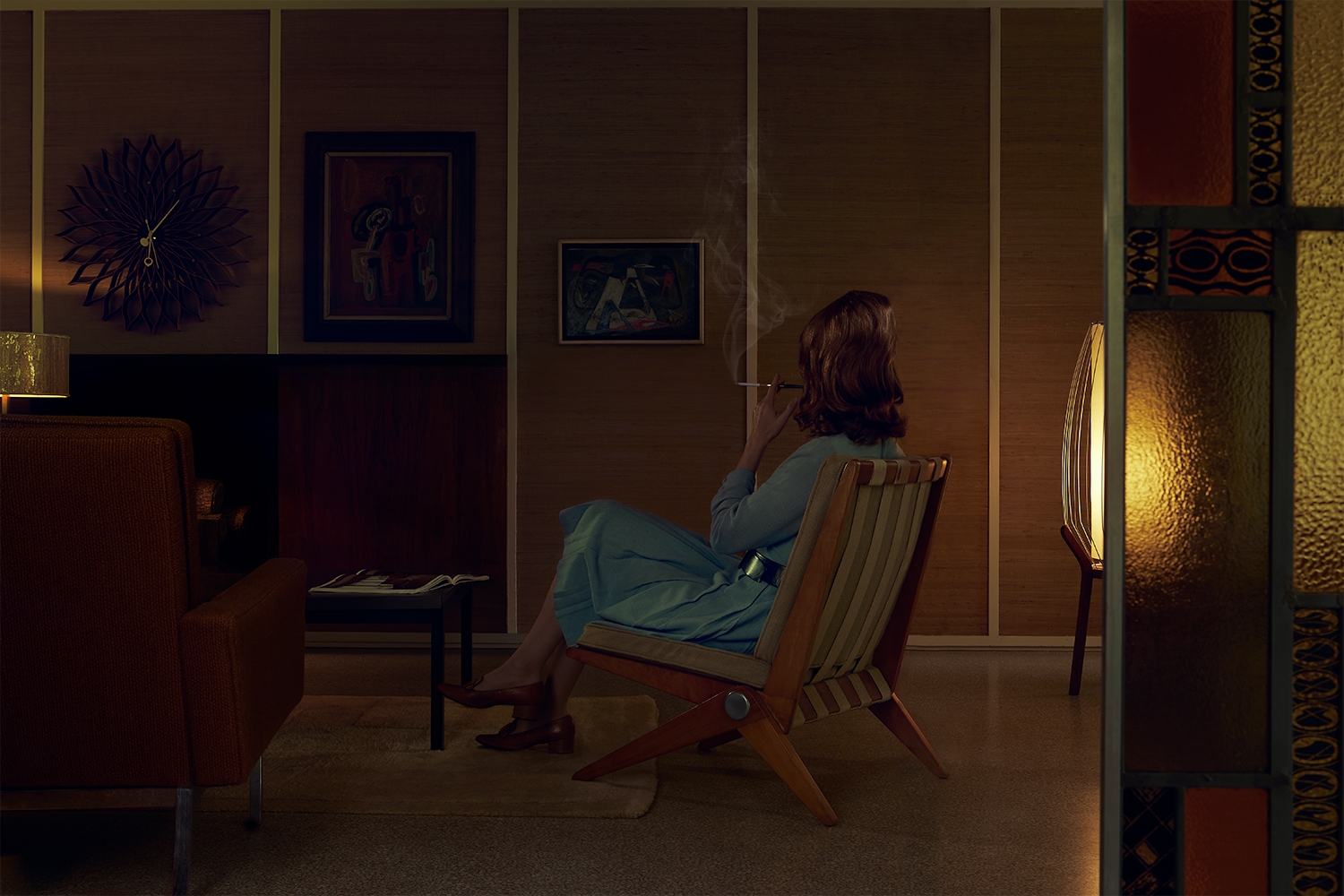