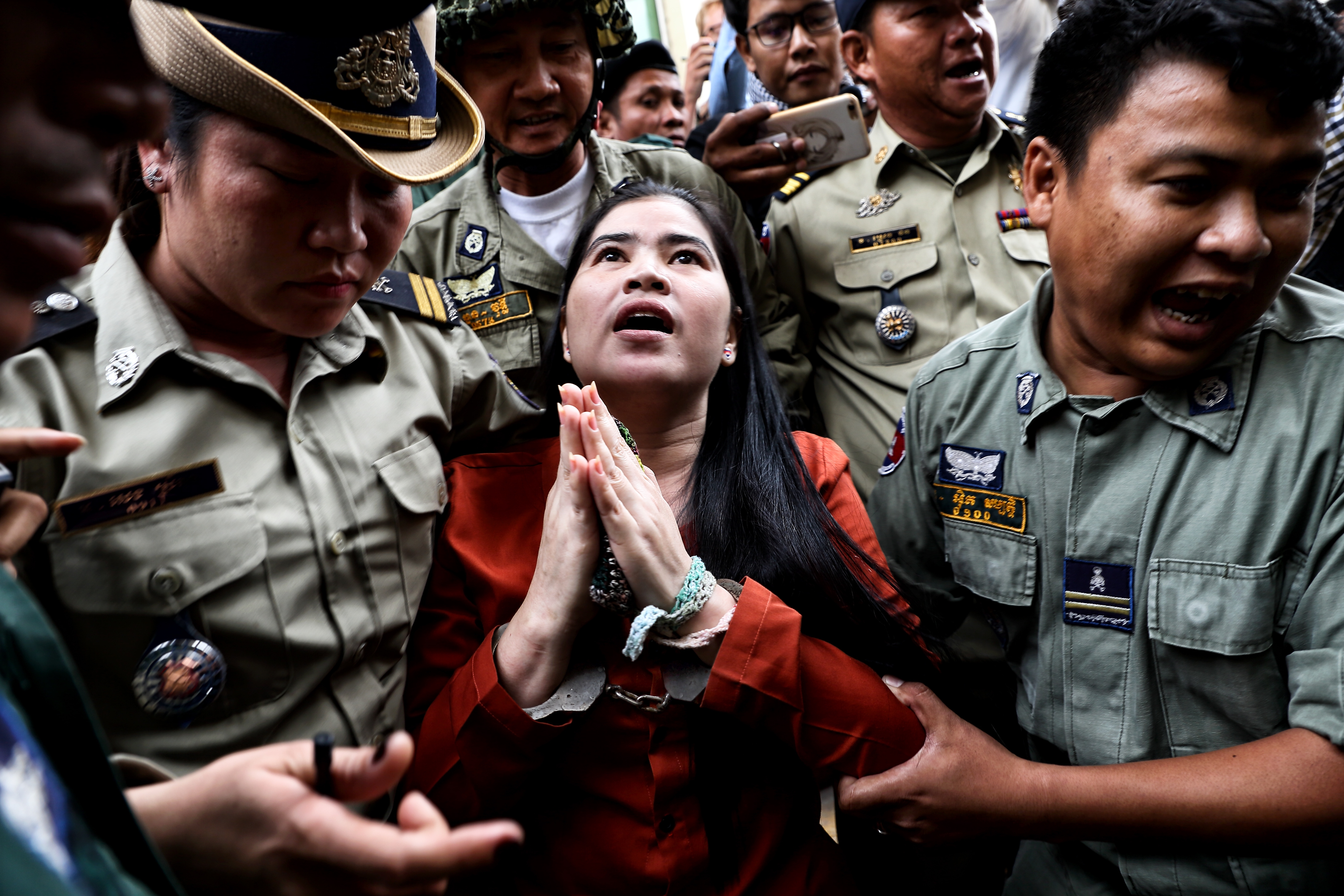 Tep Vanny, one of Cambodia's most prominent land rights activists, symbol of peaceful activism against the Hun Sen's autocratic government in Cambodia vows to fight for social justice after her trial at the Court of Appeal on February 27, 2017. She was arrested by the government during a rally to demand the release of five human rights workers on August 15, 2016. On August 20, 2018,Tep Vanny was released from prison serving two years of her sentence. Currently she has been forced into self-imposed exile in the US since late 2018 due to the government's suppression.