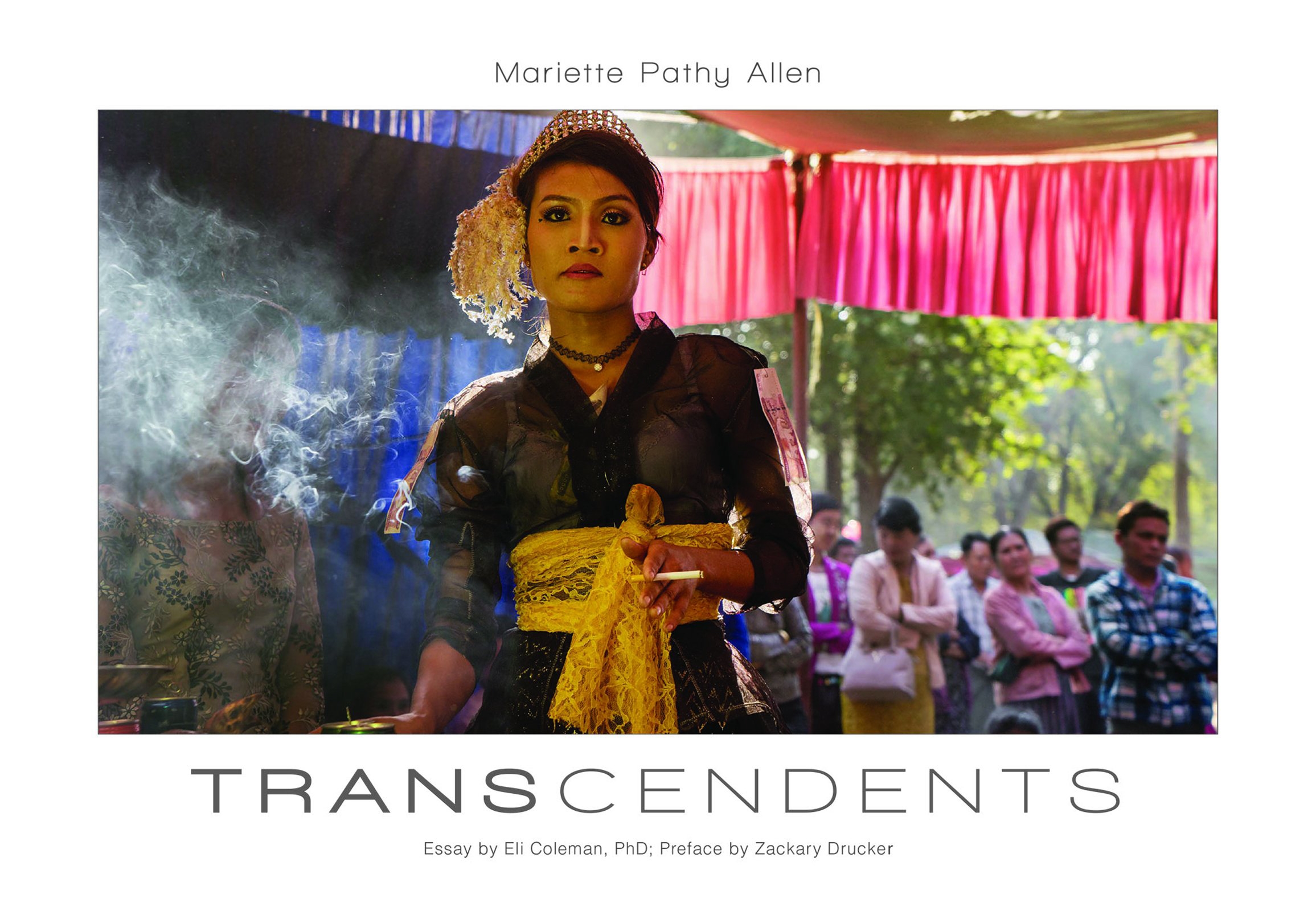 Most people in Burma and Thailand are Buddhists, but in both countries, Spirit Mediums continue to perform the ancient, animist traditions and rituals that pre-date Buddhism. Although the traditions practiced by Spirit Mediums in Myanmar and Thailand vary, I combined the photographs here, as my focus is the visual mystery of Spirit Mediums when they are possessed, and when going about their daily lives. I am looking at them as human beings who have been part of their cultures for as long as Animism has existed. The first photographs are of individuals, then celebrations dedicated to Spirits. 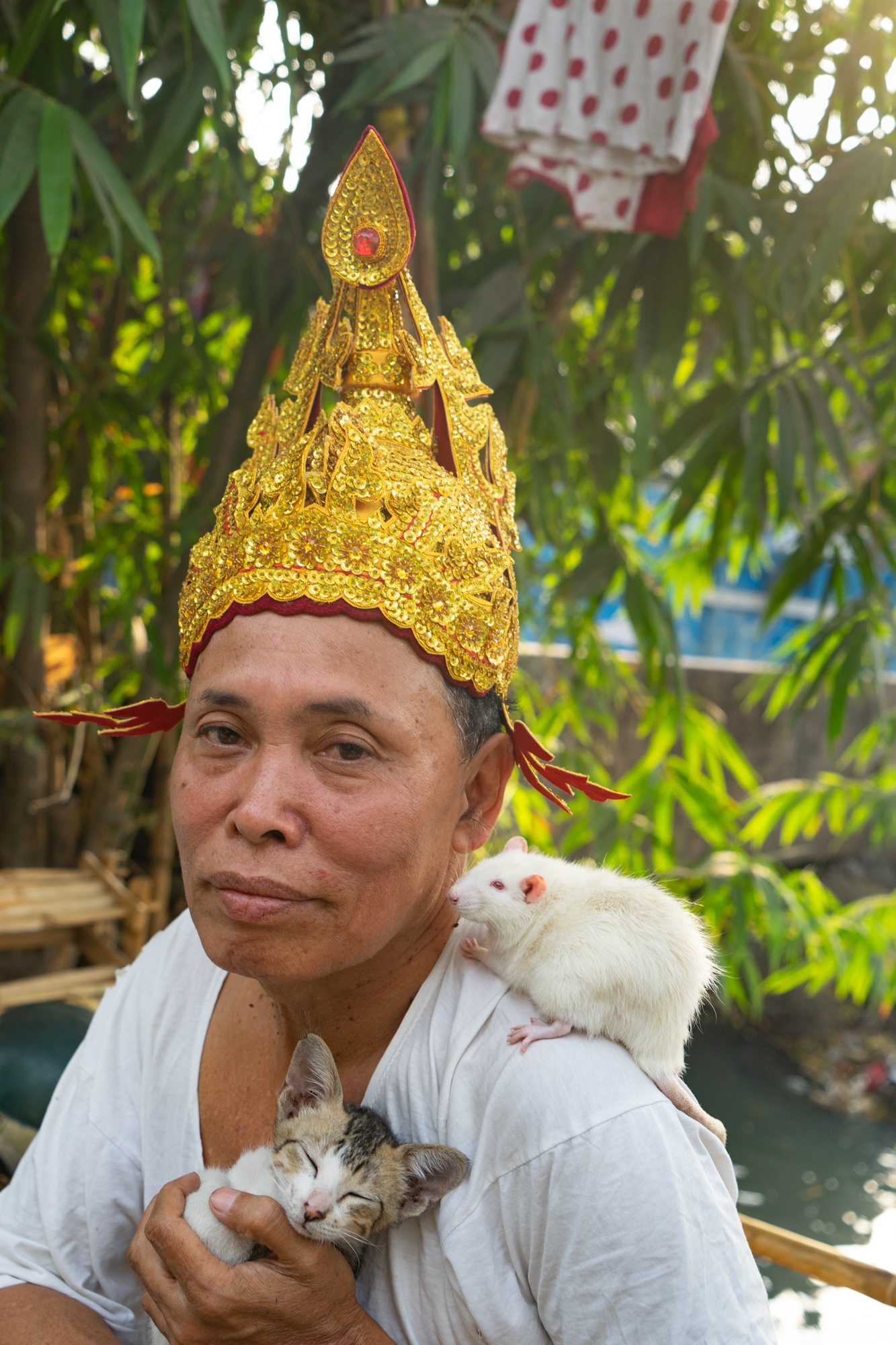 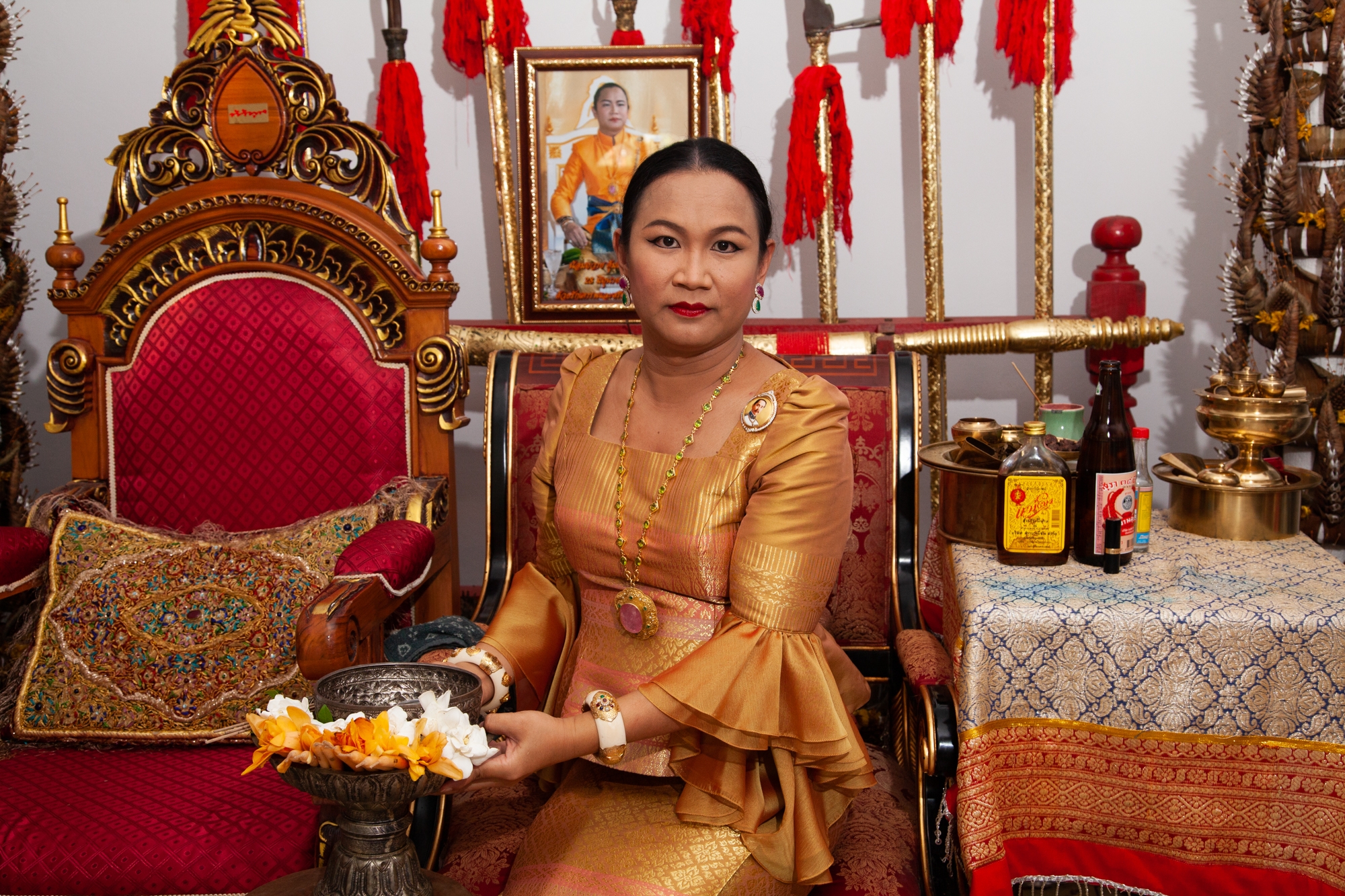 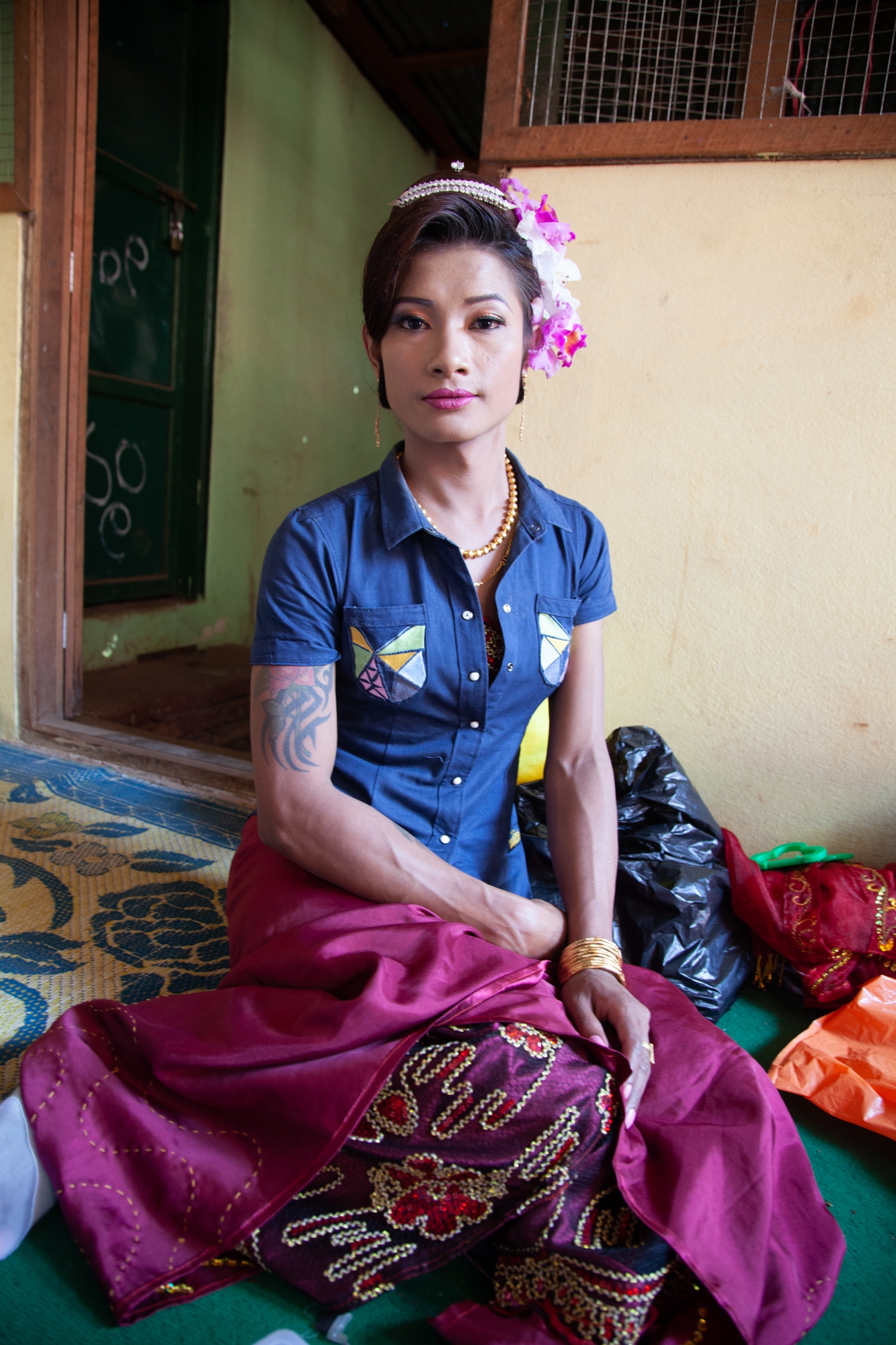 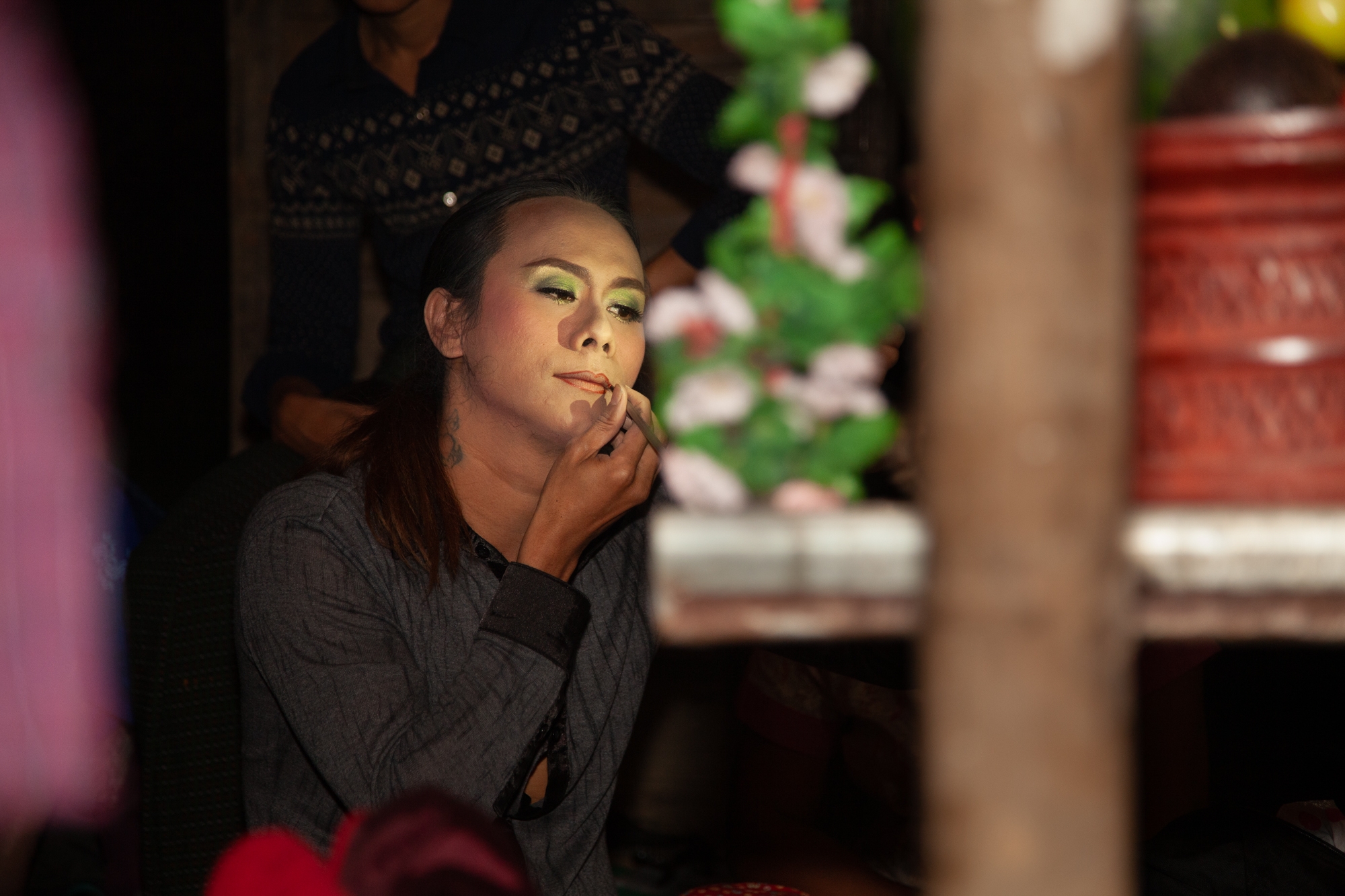 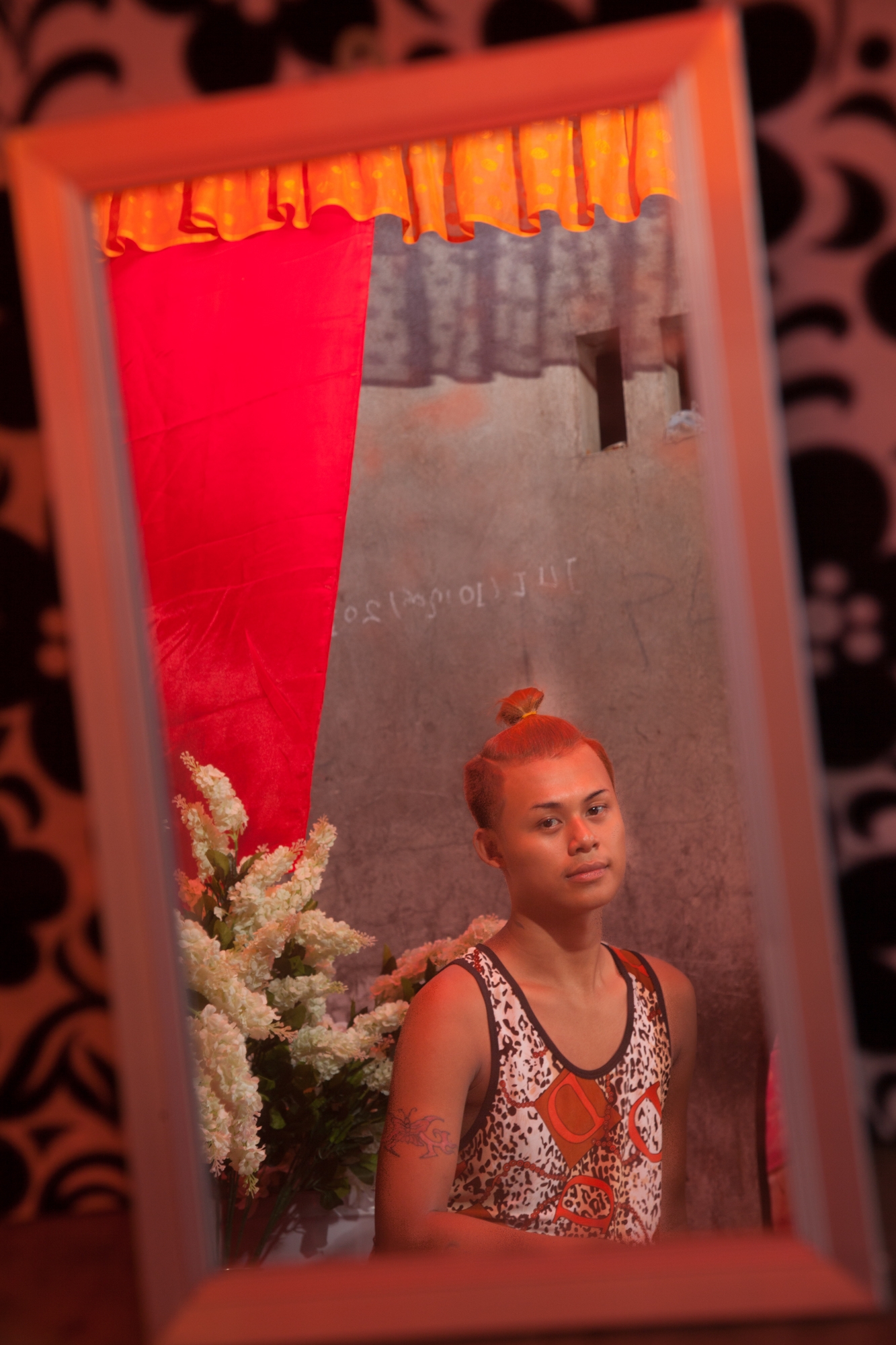 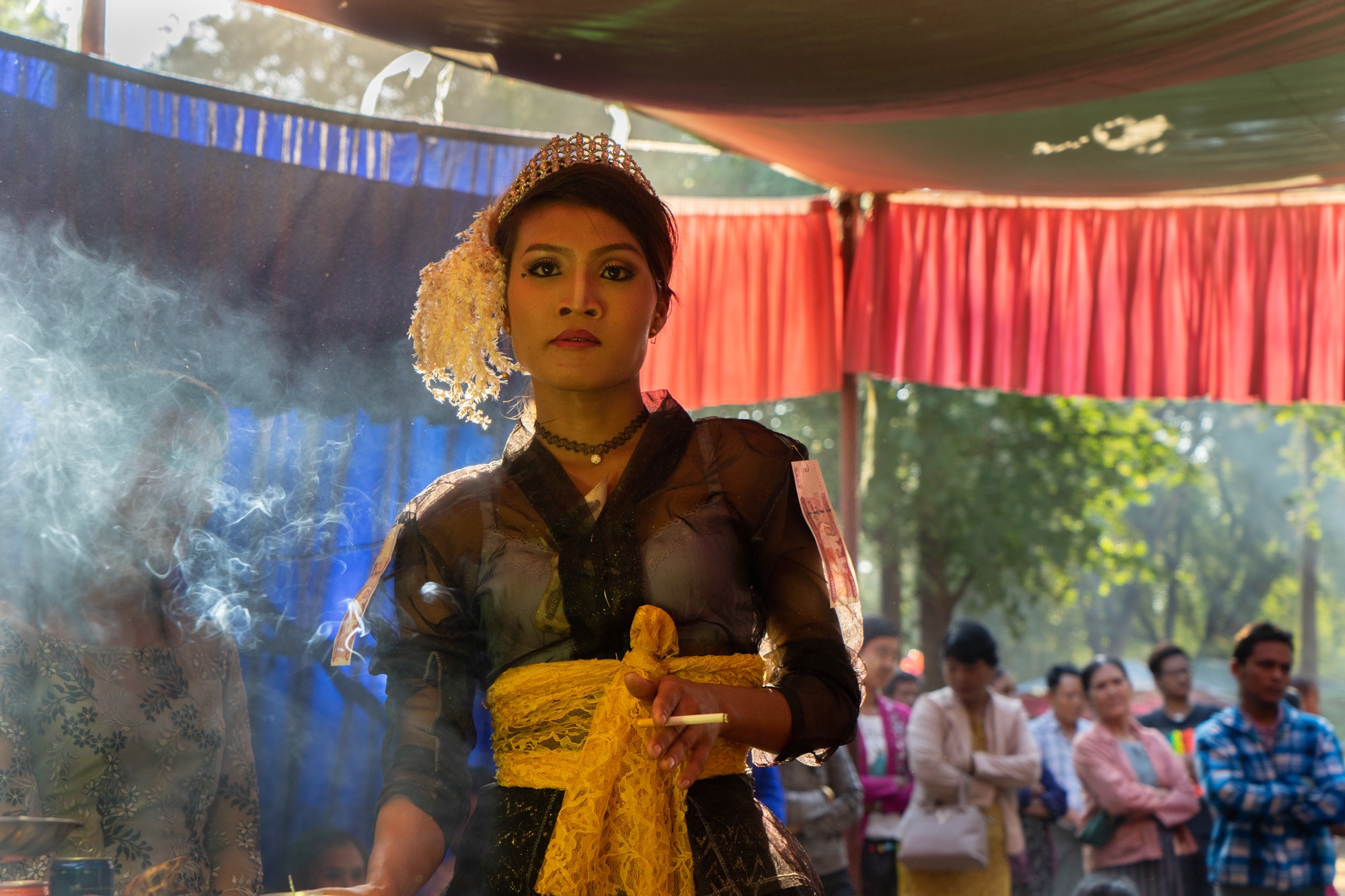 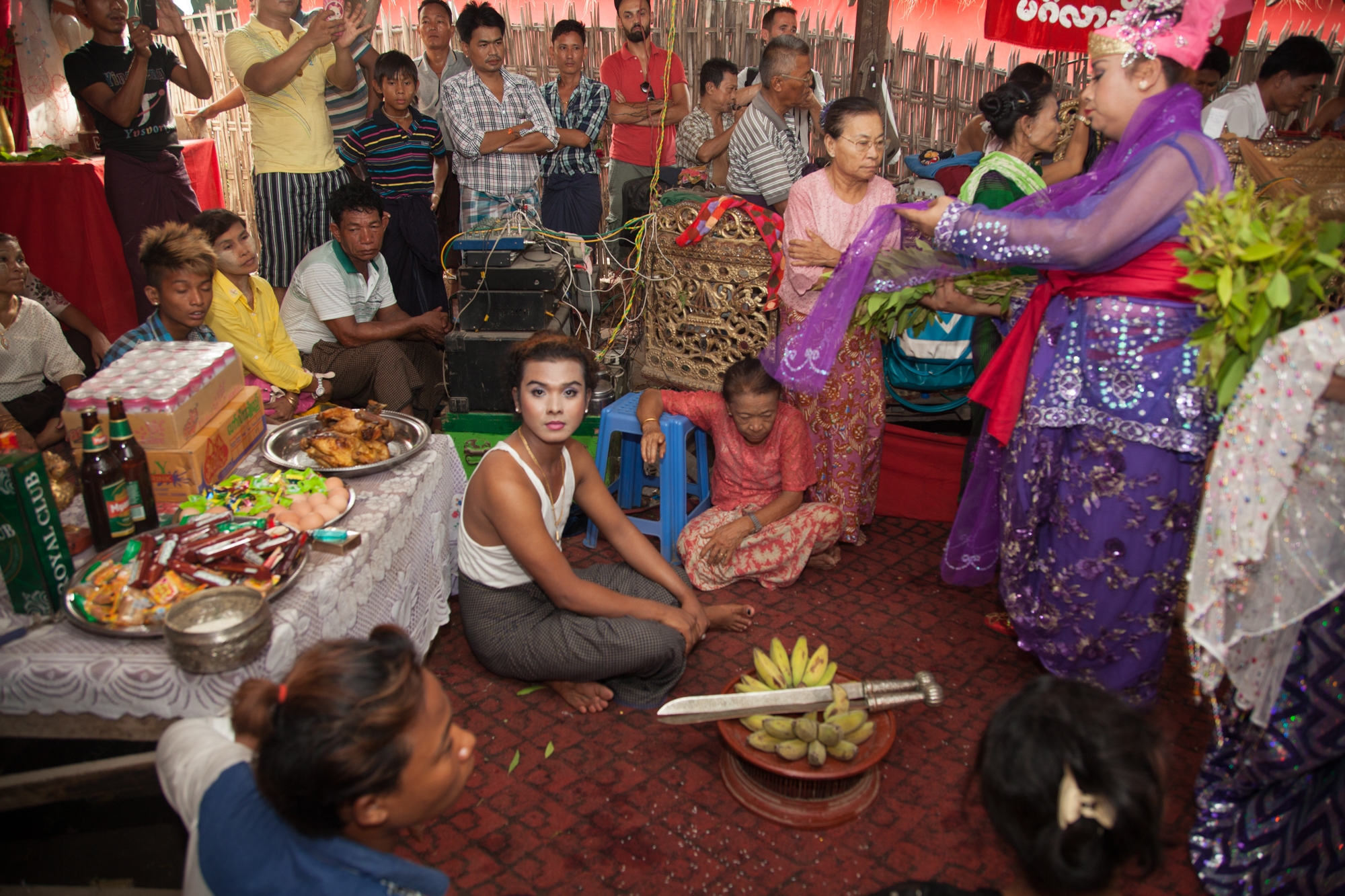 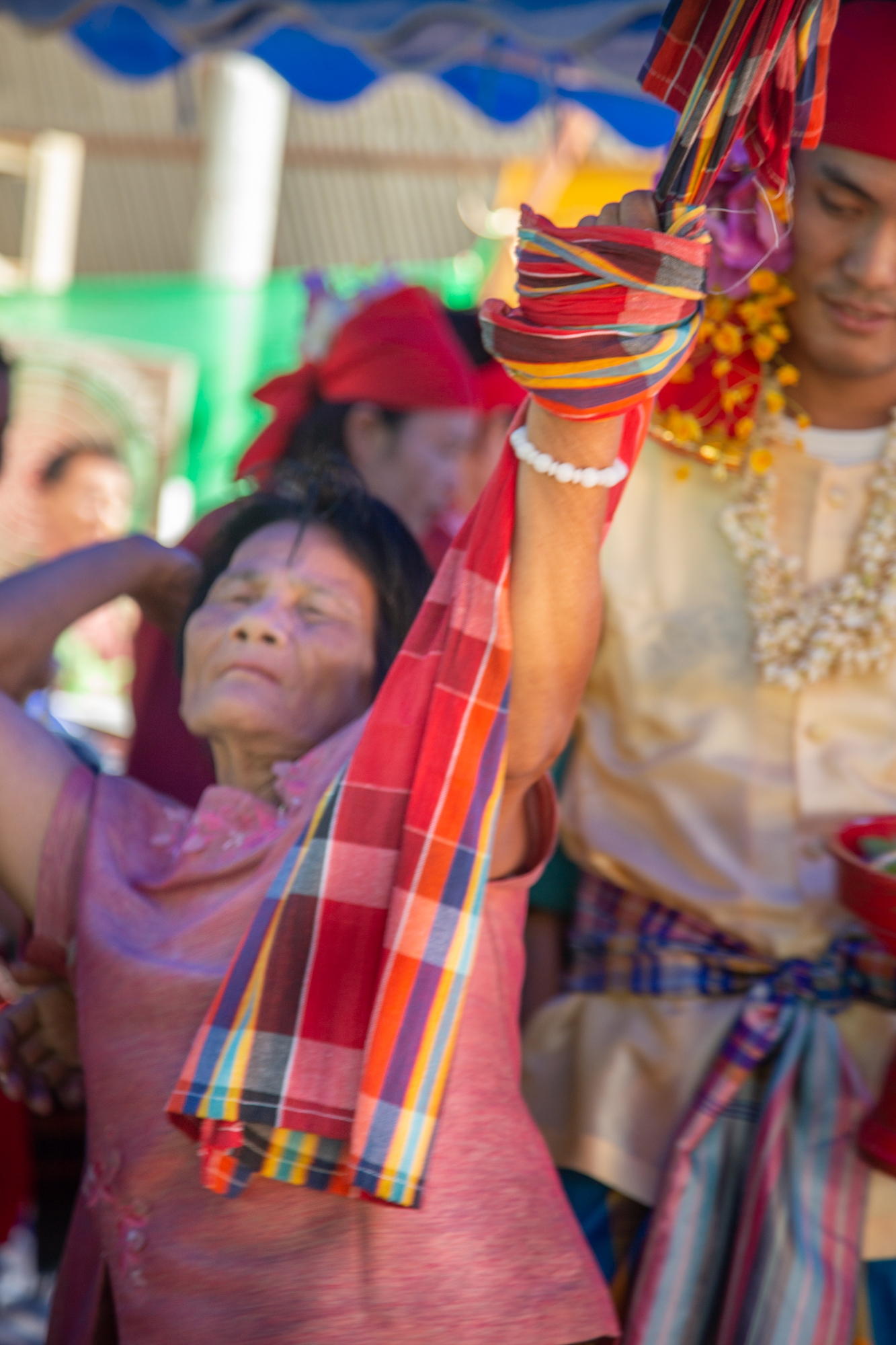 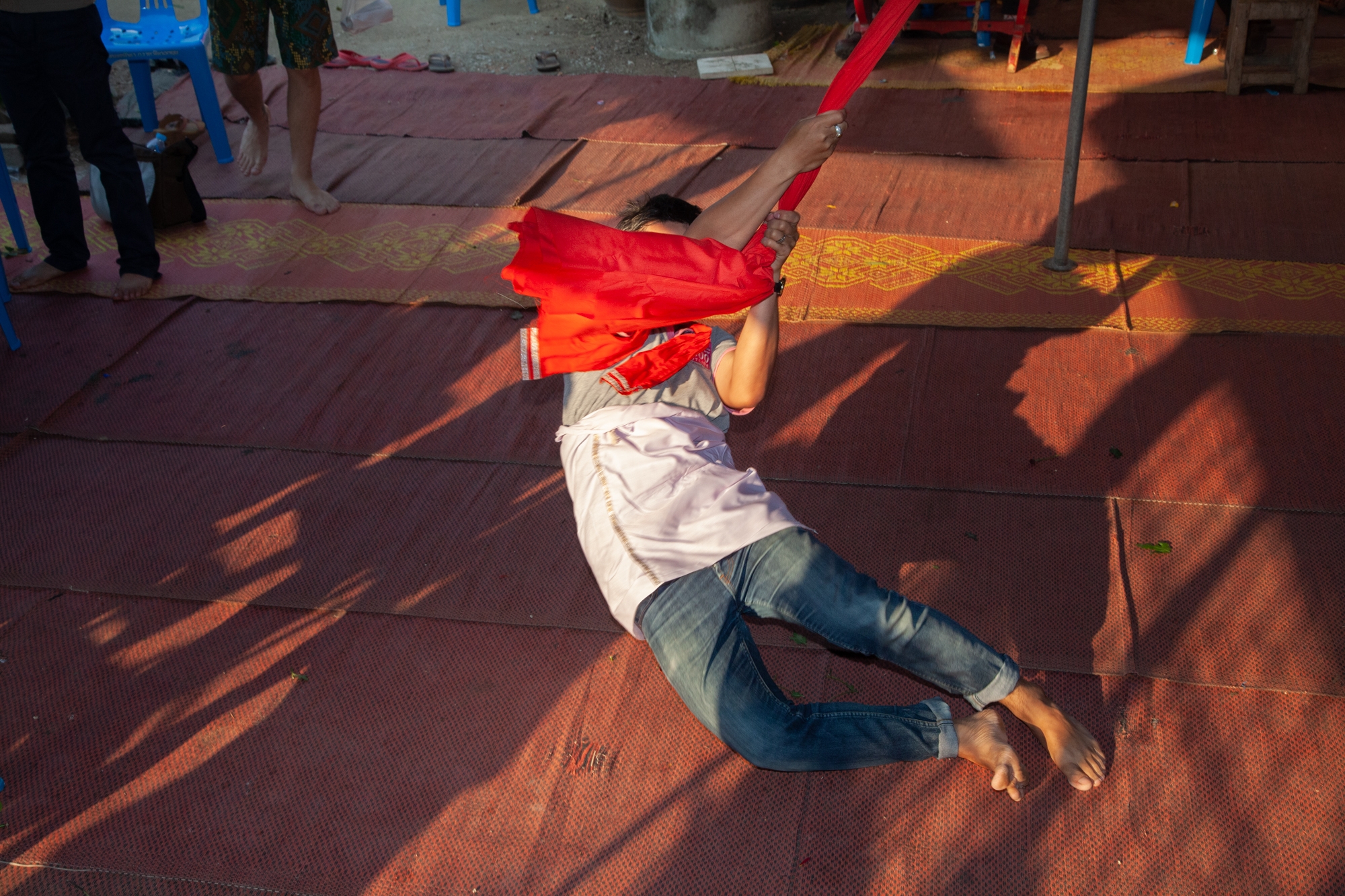 In the past, most Spirit Mediums were women, but over time, more men have felt called by Spirits and have become Spirit Mediums. Those that live as men, dress as women in colorful, flowing garments, wear make-up, headdresses , and ornate jewelry before, during, and after possession. They must adorn themselves as women to honor the Spirits. Others live as women full time. They would be identified as transgender or non-binary in contemporary western culture. Most of the male spirit mediums are homosexual. The transgender women identify as heterosexual. Mediums are usually possessed by one or two Spirits, but sometimes by more. Prem, in gold, one of the most prominent Spirit Mediums, is possessed by seven. When Spirit Mediums are possessed, they fall into a trance, dance to the traditional music performed by an orchestra, drink, and smoke. When performing the story of a particular Spirit, they accept money from the crowd of onlookers who may join in the dance. The money is for the Spirits, by way of the Mediums. During festivals when not performing, Mediums sit in their beautifully decorated tents with altars covered with offerings that may include dead cooked chickens or other meat, fruit, flowers, cans of beer, soda, small toys, photographs and statues of the Spirits during their earthly lives. People come into the tent to get advice from the Spirit channeled by a specific Medium.