Out West - Monument Valley in Analog 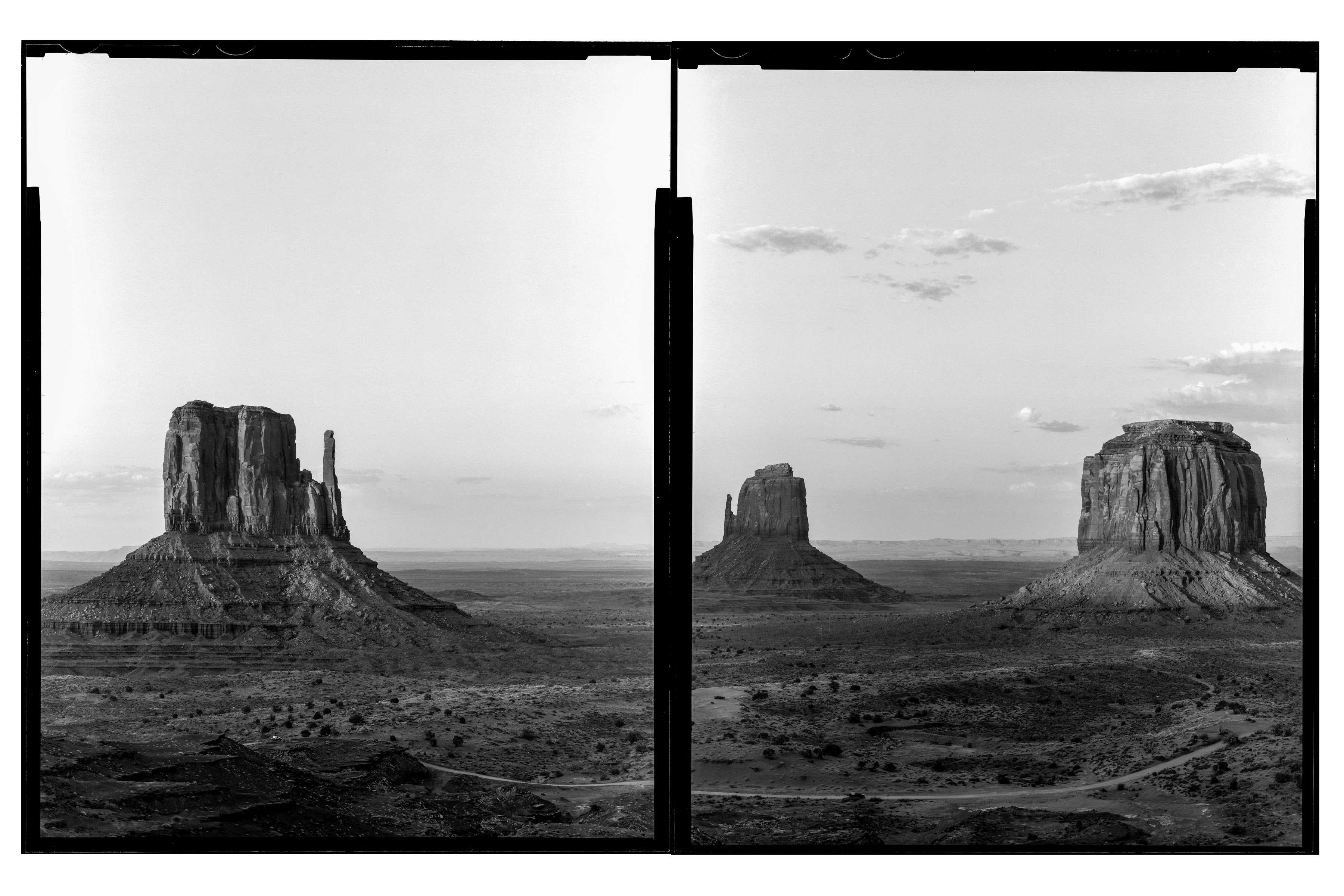 This two-frame panoramic was captured on film at Monument Valley in northern Arizona. Large format film remains one of the last truly authentic ways to capture black and white photographs. Made popular by the likes of Ansel Adams, the large size of so-called "sheet film" captures a level of detail not possible in most traditional film or even digital cameras. I capture these landscape images full-frame in a view camera and preserve the original film border by scanning the entire film sheet to create an authentic view of the full image in the final print.