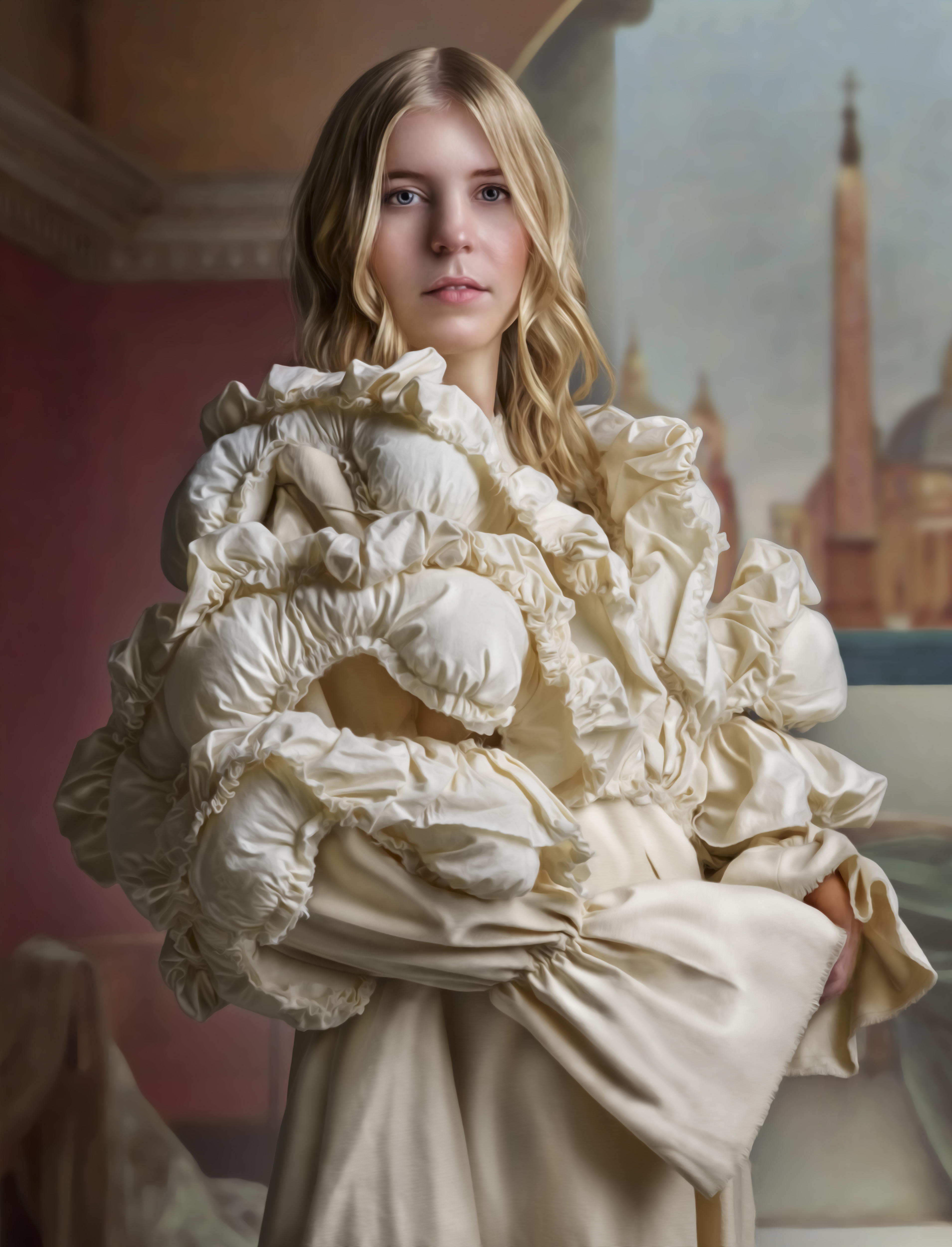 This picture is influenced by great European painters before the eighteenth century. The techniques used to create this image are a combination of two Renaissance painting techniques in Italy called Sfumato and Union, which are used on digital photographs.The combination of these two techniques is reminiscent of Leonardo da Vinci and Rafael's painting on digital photograph. Image confirms the contradictions in the art of painting and photography.Contradictions in place, time, and fashion. It is also a bridge between two periods in the art that connects the art of the Renaissance to the present