The art behind begging. 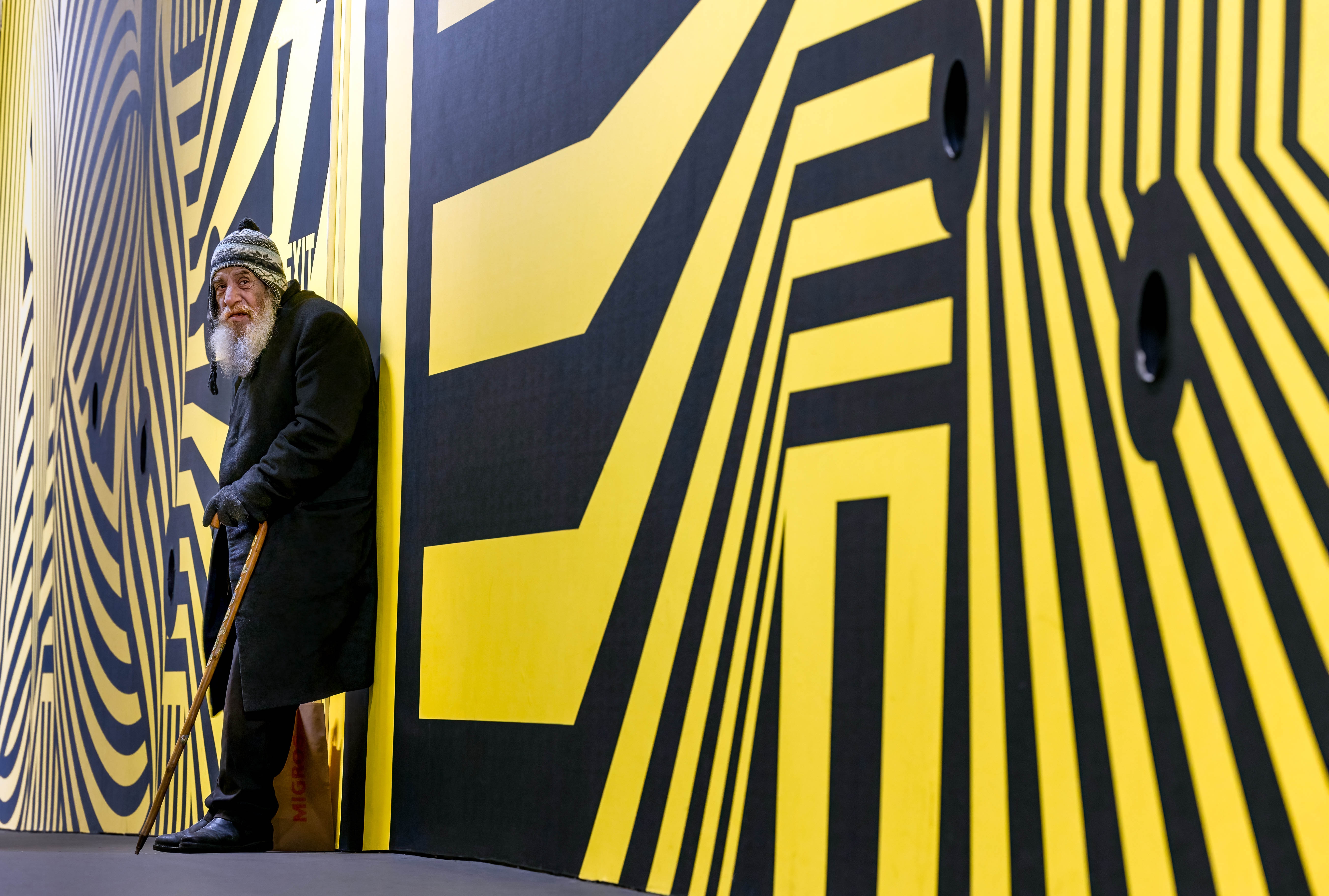 This picture shows an old man begging in thick dark winter clothes, in front of a bicoloured patterned wall. The photo was taken during a busy street on a Saturday in the centre of Bern. A lapse of of 5 seconds of tranquility, with no people passing, allowed me to take the shot. This image was initialy conceived weeks before when I first saw it. The colour contrasts of the background, together with the strong charism of the man, strongly attracted my attention. Since I did not have the camera at the time, I visited the location several times until the scene recreated itself.