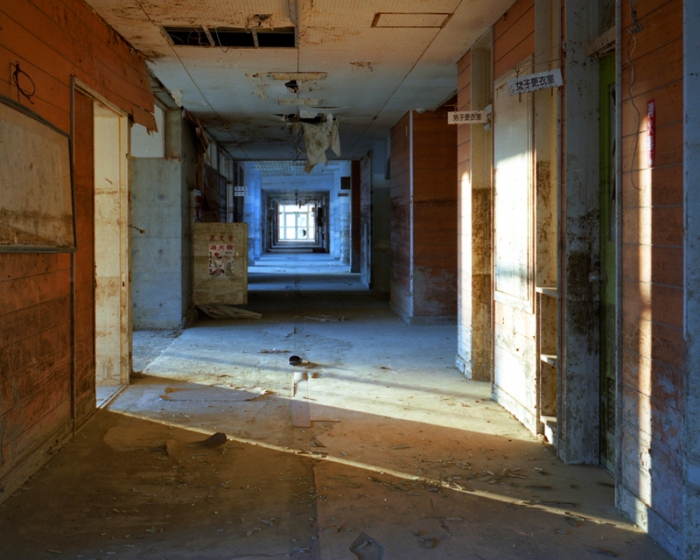 On March 11, 2011, Ishinomaki City, Miyagi, Japan, where my mother grew up and my uncle still lives, and Sendai City, where my aunt lives, were hit by the tsunami caused by the massive earthquake. I happened to be in Tokyo and was with my family at the time. We couldn't reach uncle's family for about eight days. I went to the area 11 days after the tsunami with my Mamiya 7. After helping my uncle's family, I photographed the area for a day. Everything I saw there made me sick. The scenes were traumatic. In December 2011 and February 2012, I went back to the area and photographed again with my Mamiya 7 and Linhof Technika. I felt that giving up on photographing there meant giving up on my mother's hometown, where I used to visit my grandparents since childhood. After almost one year, although a lot of debris was moved away, the area still looked very close to what I saw right after the tsunami. I was searching for the scenes that showed the worst damages made by the tsunami. I photographed hundreds trying to show how bad it was. However, the photographs did not look like my photographs. Because everything in the area looked like a nightmare and was worse than any "end of the world" kind of Hollywood movies I have ever seen, I lost focus. I got sick by seeing them again and again, and for myself, I needed to change the way I photographed. Gradually, I started to be able to control my feeling and my eyes as a photographer. I looked for what my eyes wanted to see, even in the debris caused by the tsunami. I also decided to focus on schools, to which I could connect the most. In Japan, a lot of schools are built similar and doors, windows, shelves, chairs, desks, etc, looked similar to what my school had. These five photographs are from the series of photographs, Schools in Tohoku (tentative title). Photo 1: 3 skeletal windows in a school that was devastated due to fire caused by cars brought there by the Tsunami Photo 2: Hallway of a school that was flooded after the Tsunami. Photo 3: Sandbags with debris, ocean sand, sea creatures, student's memories, etc, in a class room. Photo 4: A class room in a school that was devastated by fire after Tsunami. Photo 5: Almost abstract painting-like debris looked through a garage entrance in a school. 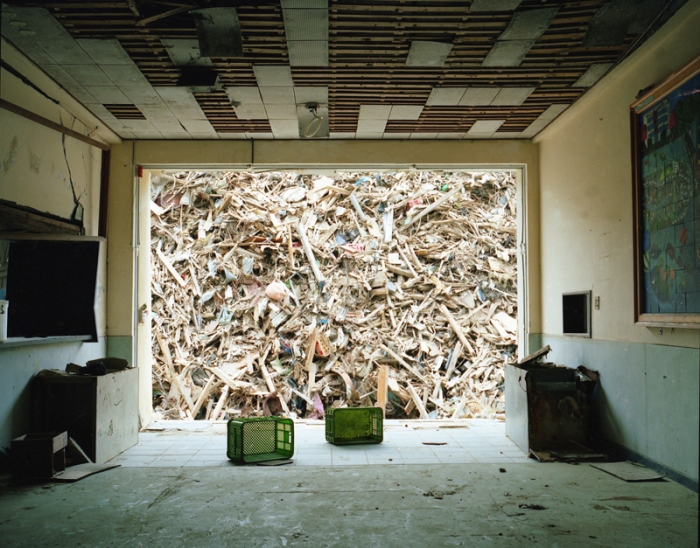 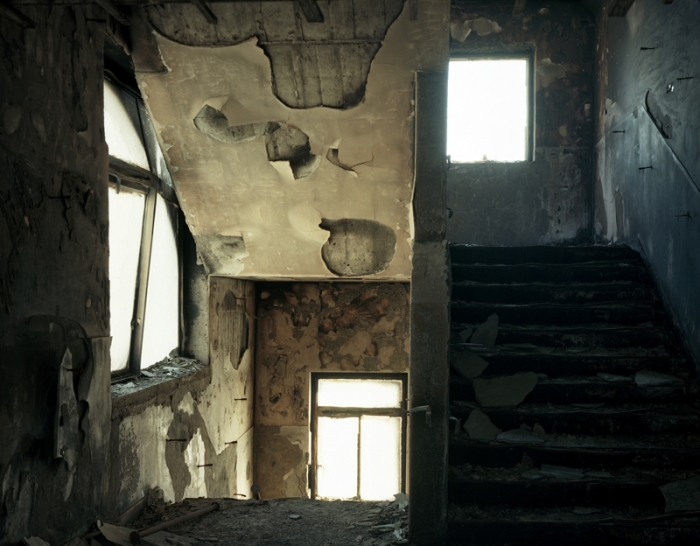 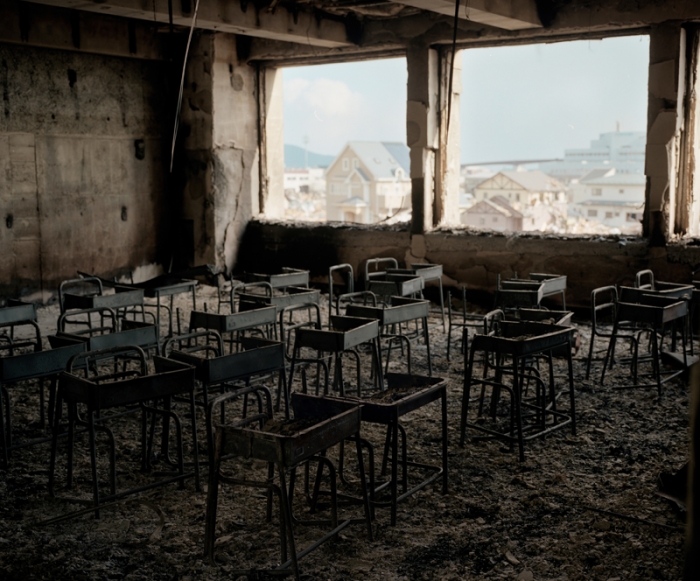 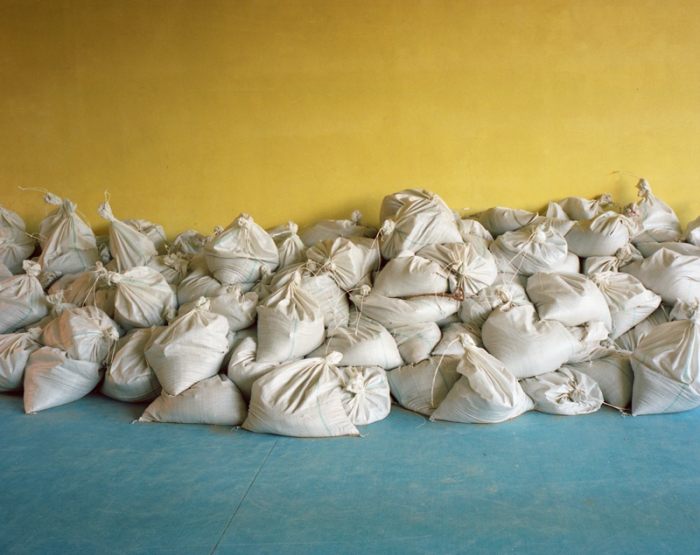