PORTRAYING THE CHILDREN OF THE DUMPSITE 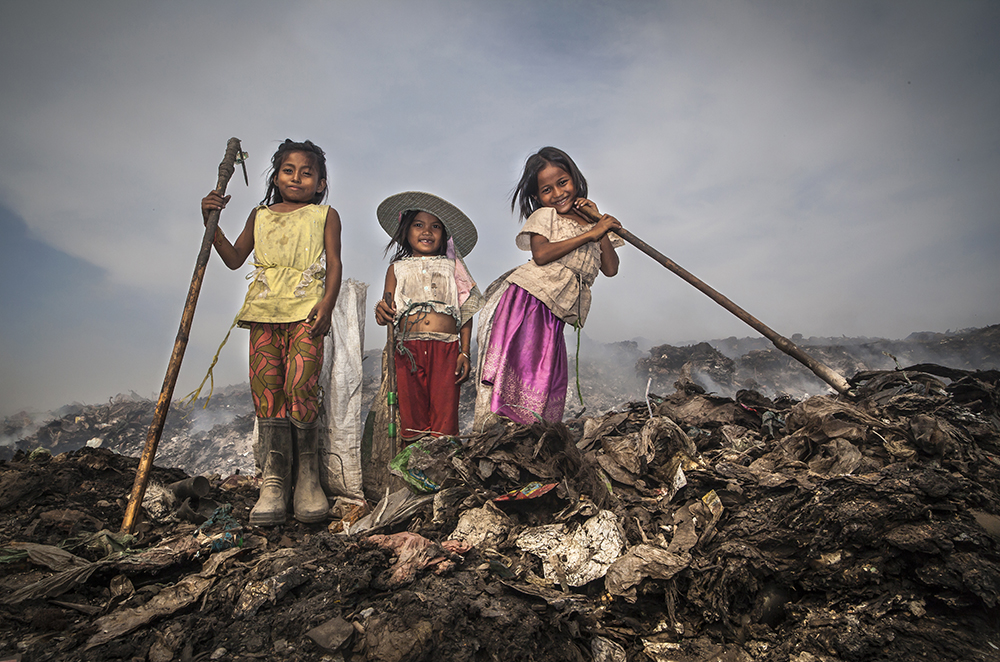 The image series belongs to a long term project intending to portray the Children of the Dumpsite with dignity, and as the children they represent, despite their extremely difficult living conditions. They play ,laugh love and live lives like any other children because this is the world they were born into and this is how they imagine their lives should be. On a daily basis they face illnesses, cough continuously due to the burning of the waste, help their brothers and sisters, struggle to survive by scavenging on a daily basis, and many times obtain their food from the waste. 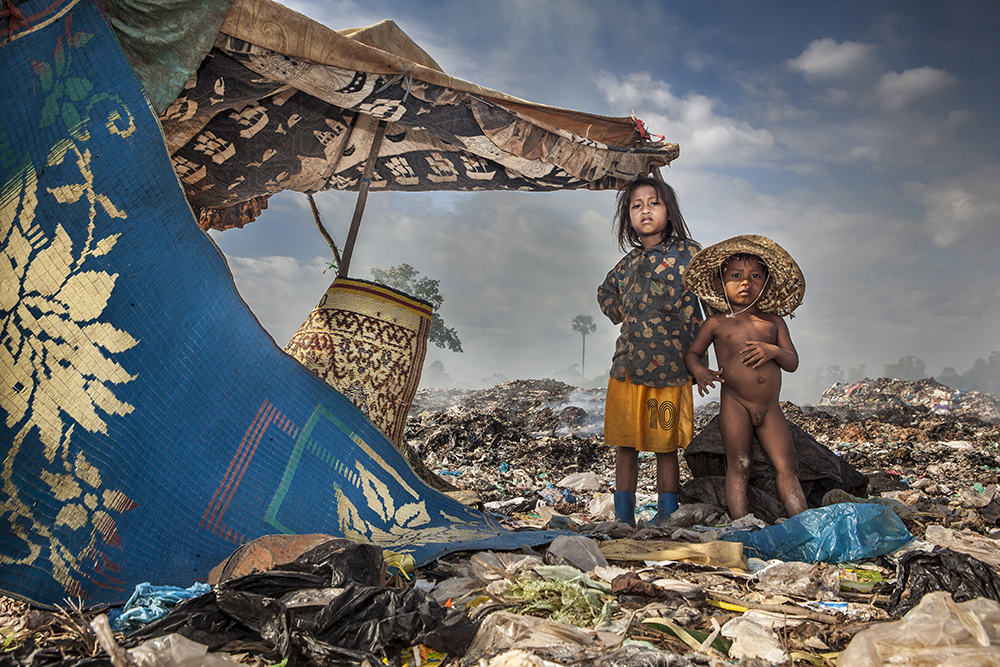 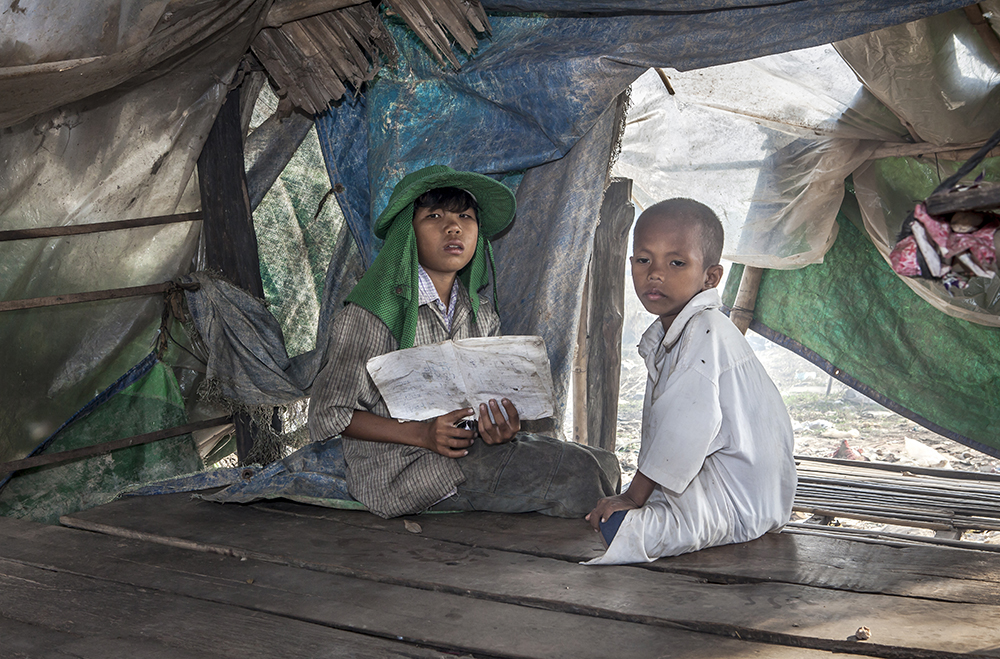 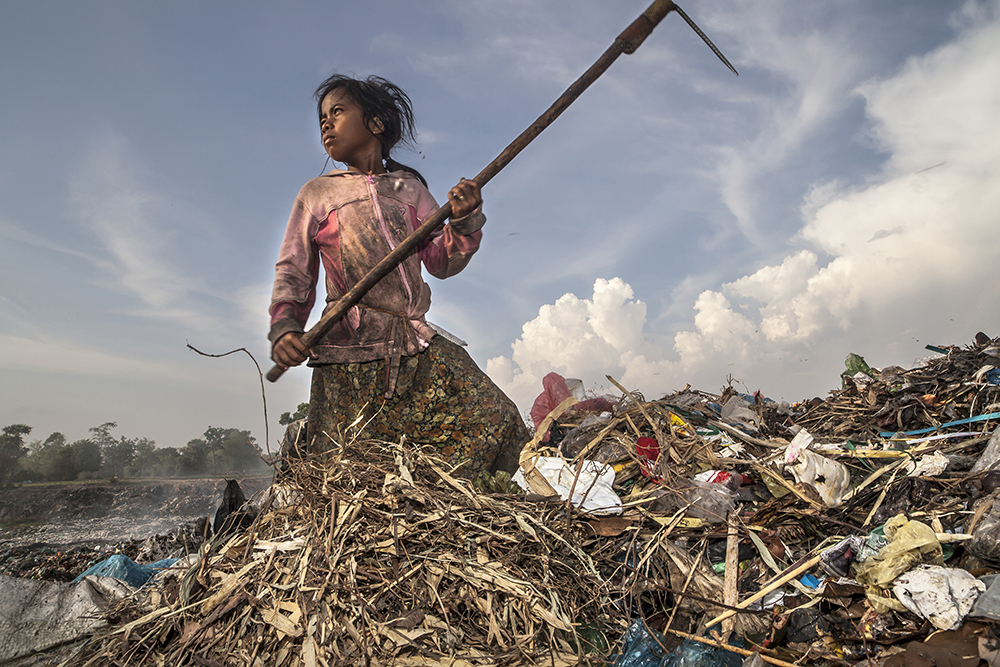 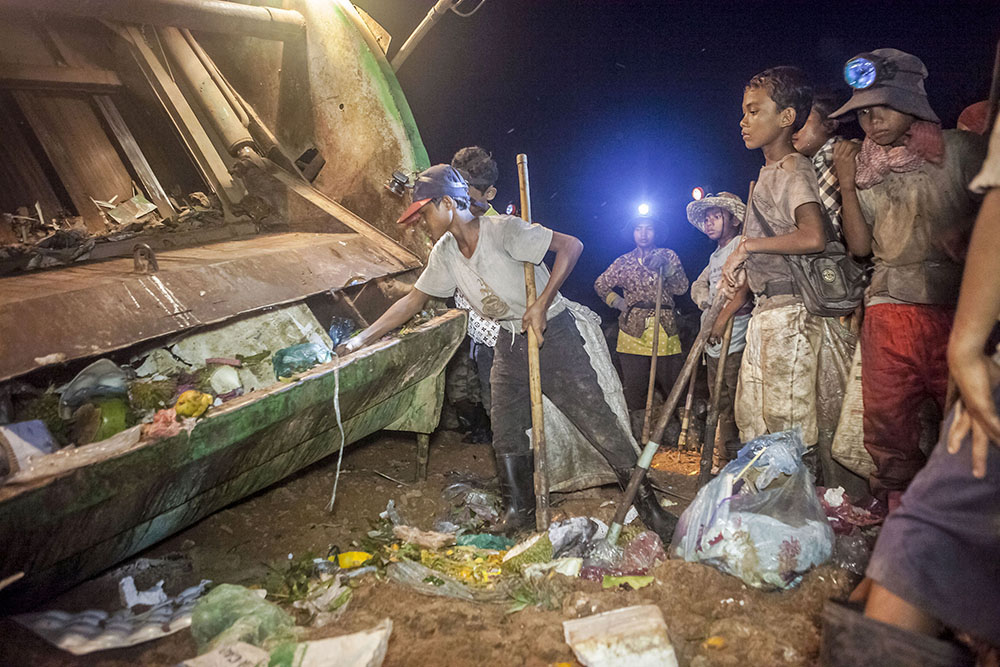 The series belongs to a long term project I followed over 3 years, and it was only after some time that the children depicted their lives as they really were without minding my presence. All of the images had the intention to portray them with dignity, to display them as the children they were despite their extremely difficult life conditions. They were the children of scavengers, and some of them had to work hard to earn their lives by scavenging for plastic bottles or scrap metals which could be sold and sometimes even scavenge for food. As the children that they were, they had the time to be happy, to play together, to work in teams, and to understand that the world that they lived in signified how the world was meant to be , because they didnt know that the children in many other places had very different lives. Sometimes, while looking through the garbage they would find magazines which showed families from very wealthy life status, and that would make them question themselves about their destiny. Some of them had the opportunity to go to a local NGO to have some lessons, and even there they learned to know that they were not like the other children, they were called the "Children of the Somram" (the children of the dumpsite) and were mocked by the other students. Since most of the families couldnt afford to pay the NGO for their child's education very often they sent one of their children and have him teach to the others what he learned, as shown in one of the images. Many other times, the elder brother or sister had to babysit for the younger as shown in the second image, and that meant sheltering him from the extremely dangerous tropical heat and to protect him from the bite of insects. Whenever it was time to work, they will tie a sack around their waists and wait for the arrival of trucks full of garbage. Once the garbage was dumped, they will thoroughly go through it with their hoes, and whenever they found something useful they would stick it inside their sacks. One of the biggest paradoxes occurred during the tourist season, because the garbage trucks were arriving from tourist locations, and that meant very good news for the kids, because they knew that if they worked at night they would get all the fruit that the tourists discarded at the restaurants, and that was something that they certainly lacked in their diet. The night image shows the children eating fruits directly from the recently arrived truck, and that the driver, knowing how much that fruit meant for the kids, stepped out of the truck to wait for them to eat. The children of the dump play, love and smile , just like any other, because they just don't know that whenever they grow up , they will have no place in a society ruled by wealth and status.